Munch Museum rises from the sea

Piling works for the new Munch Museum in Oslo, Norway, were successfully completed with the help of Hallingdal Bergboring and Robit Edvard Munch was an incredibly prolific artist. He willed 28,000 of his works - paintings, sculptures, and photographs - to the city of Oslo. It had long been clear that the old Munch Museum was too small to house the collection. A new one is now being built on water in Bjørvika bay in downtown Oslo.

There was a long and heated debate about where the new Munch Museum should be built and what it should look like. In 2008, the city of Oslo announced an architectural competition, and the following year a proposal called Lambda, by the Spanish architect Juan Herreros, was declared the winner.

As is often the case with contemporary architecture, Lambda's bold design and size met with some resistance. It was considered strange shaped and too tall for its surroundings. After years of political tug of war, the construction work finally started in 2016.

The job site was not the easiest possible either: Lambda was designed to rise directly from the sea. This meant a massive piling project for the contractor Hallingdal Bergboring. Robit, having worked in close cooperation with Hallingdal for years, was selected as the provider of drilling tools for the project.

Old seaports are often challenging for piling jobs. The bottom of Bjørvika was filled with silt, large boulders, wooden piles from the old dock, and so forth. The bedrock underneath them, on the other hand, was very hard. For these reasons, Robit and Hallingdal Bergboring designed the most suitable drill bits in cooperation.

The location of the works in the city centre created another challenge. The famous Oslo Opera House sits right next to the project site. It was crucial that the building's foundations remained unharmed while the contractor drilled up to 12m into the bedrock. This was achieved by using Robit's DTH-RoX+ FC (Flow Control) pilot bits as part of the process.

For the foundations of the Munch Museum, some 16km of piles were drilled. There were altogether 311 piles; the thickest being 711mm in diameter. Some were drilled on solid ground; others from a drilling platform floating on the bay. In these types of circumstances, drilling work takes a lot of skill.

"When you're on the platform, controlling a machine that's thumping on the rock 50m below you, you need to keep your eyes, ears and touch on full alert," explains Hallingdal Bergboring's operations manager Sverre Bjella.

Despite the difficult conditions, no major surprises or problems were encountered. The piling project was finished on time in October 2016. In addition to Hallingdal Bergboring, Robit's senior specialist Kari Juntunen extends his thanks to other parties involved.

"Our agent Norsk Pumpeservice was responsible for the storing and technical service of the drilling equipment, and did a great job. There wasn't a single gap in the supply of consumables on the job site," Juntunen confirms.

Finally, in October 2016, Crown Princess Mette Marit of Norway laid the ceremonial foundation stone for Lambda. Once finished, the imposing, glass-faced 12-story building is set to open its doors to the public in 2020. 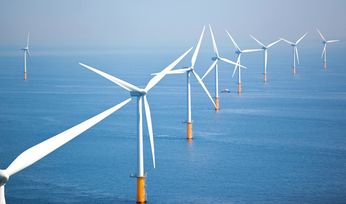 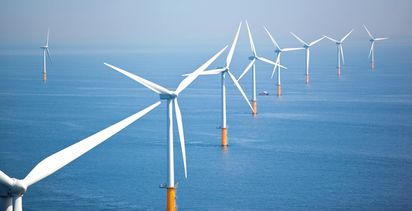