A new Liebherr LB 44-510 rotary drilling rig, the manufacturer’s largest, is among a fleet of foundations equipment being deployed by Aneka Jaringan on the Sentral Suites project in Kuala Lumpur, Malaysia 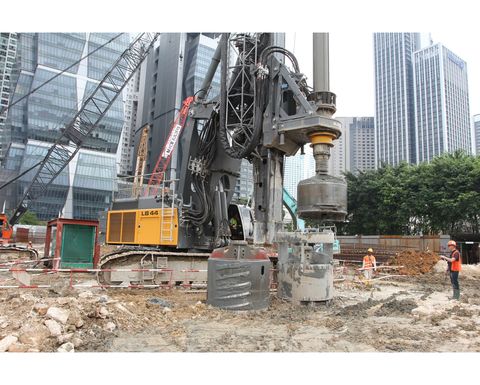 Malaysian foundations and geotechnical specialist Aneka Jaringan is using a newly delivered Liebherr LB 44-510 rotary drilling rig, the biggest and most powerful drilling rig in the Liebherr range, for pile boring on the Sentral Suites project in Kuala Lumpur. The LB 44 is working alongside a new Liebherr LB 36 rig, the second largest machine in the range.

Sentral Suites is a landmark project in the KL Sentral district, and is billed as probably the last major residential development in this area, which with its transportation hub has become a new-generation central business district. The project, which is being developed by MRCB Land, will include three towers, the tallest of which is 45 storeys.

Aneka Jaringan is undertaking the foundation and excavation contract: the company moved onto the site in the middle of January 2017 and is working to an 18-month schedule, due for completion in July 2018.

The LB 44-510 is one of the first of this model to have been delivered to Southeast Asia. Both the Liebherr rotary drilling rigs were delivered with training packages for Aneka Jaringan's operators and service personnel.

Loke Kien Tuck, director of Aneka Jaringan, said that both the LB 44 and the LB 36 are boring to depths of a maximum 35m, with the maximum pile diameter being 1.8m.

"Because of the local regulations, the site can work only between the hours of 8am and 7pm," he explained. "We therefore have to work quickly, and the two machines are proving to be very fast. The ground is quite hard, being mostly silty sand, and we are taking between five and six hours to bore down to between 30m and 35 m. That means we can complete the boring and casing installation in one day, and then pour the concrete the following morning." 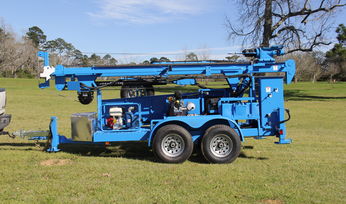 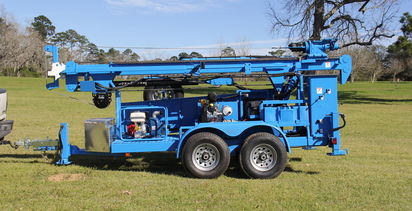