A Hütte HBR 610 rig is part of a US$318 million freeway segment project near Boulder City, Nevada, US 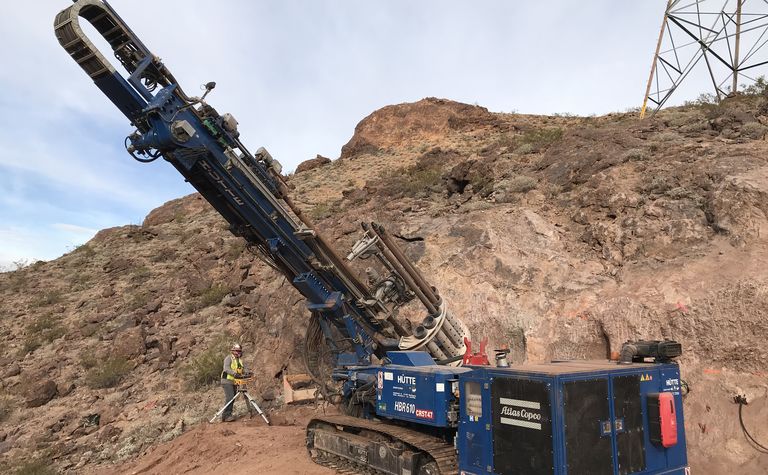 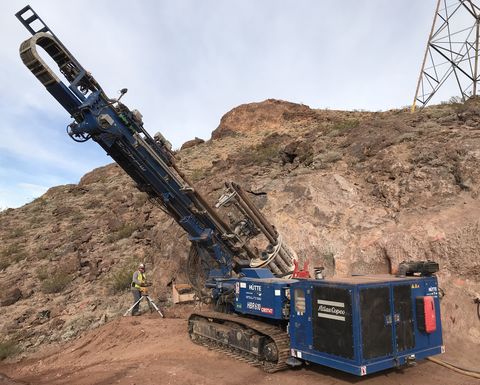 Controlled blasts are being carried out in the Eldorado Mountains, above Lake Mead, carving their path to become the first section of the new Interstate 11 freeway. I-11 is expected to become part of a new trade route between Mexico and Canada.

Although such a route could take decades to be built, the new freeway would provide a direct link between Las Vegas and Phoenix, which are the only two US cities with over one million people that are not linked by an interstate. The project is said to open by fall 2018.

The HBR 610 drilling rig is carrying out anchor works to stabilise an existing pylon along the new path, providing electricity for nearby Las Vegas.

The slope underneath the foundation of the pylon was imminent to move, so the HBR 610 drilling rig was chosen for the up to 21m deep anchors, stabilising the ground. The client is using an 8in (203mm) down-the-hole hammer, and the holes are cased up to a depth of 5-6m.

The HBR 610 is known for its compact design and manoeuvrability; all of its functions, including casing and rod magazine handling, are radio remote controlled, ensuring safe and easy operation by one person. 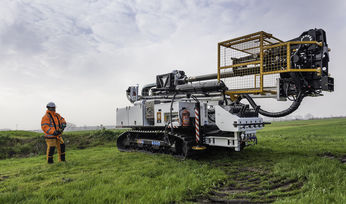 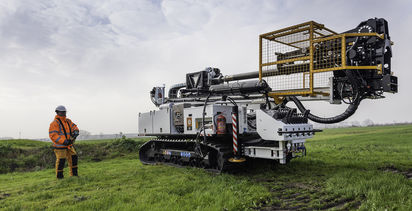