Beneath Espoo, Finland, a project is under way to construct an underground wastewater treatment plant, large enough to treat water from more than 400,000 residents. Francis Dignan describes the excavation work involved in it Hidden away from Helsinki, between the forests and golf courses of Espoo, a large underground construction project is under way. For the past two years, Lemminkäinen Infra, the contractor in charge of the tunnelling, has been digging, blasting and excavating. As its part of the project nears completion, an entire network of caverns and tunnels exists beneath this expanse of Nordic countryside.

The tunnels are being excavated as part of a major undertaking. The population of Espoo has grown by 10 times in the past 60 years, and as Espoo's population grows, the facilities need to adapt. With that in mind, the Helsinki Region Environmental Services Authority HSY is building an underground wastewater treatment plant in Espoo's Blominmäki bedrock as part of its overall mission to help improve the environment. When the project is completed in 2020, it will be able to clean the wastewater of more than 400,000 residents. This is a big project not only for residents, now and in the future, but also for the environment. The new water treatment plant will be more efficient than the current one. In Finland, it has been illegal for a long time to transport untreated wastewater to the water system.

Before the plant itself is constructed, the tunnels to house it must be excavated. It might seem more sensible to build something like this above ground, as that's the more traditional way and it wouldn't require the sheer amount of excavation work that's taking place here. However, the increased initial effort is well worth it in the long term. Locating most of the plant underground is better for the surrounding landscape, for a start. The space can be used more efficiently, since building underground avoids the need to work around roads and existing structures, and in some cases wildlife. In addition, the facility is less exposed to the sometimes harsh environment of northern Europe.

The most important part of these initial stages of the project was to get the tunnelling right, and Lemminkäinen is responsible for this.

"It's a huge project," says project engineer Jarkko Meriläinen. "The area we're excavating underground is bigger than the size of 14 football pitches, and the caverns themselves can be over 20m high, and are typically 20m wide, with one nitrogen hall that is 26m wide."

With a project of this size there will always be challenges, whether in the planning stage or when it comes to the excavation itself. "One of the biggest challenges is the size and the scale of the project," says Ville Nupponen, production manager for Lemminkäinen. "We have to do so many different things at the same time, and the schedule is tight. It's really important that we get the planning right, as this makes everything else easier."

Planning during the project was a vital part of this contract, impacting every level of development. Meriläinen explains the method used: "In some caverns the excavation is even done in nine separate parts due to the big profile and high tolerances for excavation. We start with the top of the tunnel, then excavate the middle parts, and finally the sides."

Lemminkäinen uses the Sandvik iSURE software together with Sandvik DT1131i jumbos to manage the excavation process. Sandvik iSURE enables drill and blast plans to be designed and uploaded to the equipment, and the collected data can be analysed after the excavation has taken place.

Tommi Mannelin is a computerised drill and blasting method (CDBM) engineer for Lemminkäinen, and he spends a lot of time with the Sandvik iSURE system. "I've been working with the system for seven and a half years, and the software certainly makes my job easier," he says. "It saves time, and the driller doesn't have to think about the task, as the drilling can be fully automated from the plans. The only real challenge is that sometimes the theory of a plan can be different to how it actually is in reality." For optimal functionality, the system needs to be implemented in both the processes and the equipment.

For this contract, Lemminkäinen chose two fully automated Sandvik DT1131i jumbos. The contractor had originally used the two rigs on another project - the Rantatunneli in Tampere, the longest road tunnel in Finland.

That was a different kind of project, as the tunnel was located under a residential area in the city centre. This meant that tolerances were tight and vibrations had to be monitored closely. While in Tampere, these two jumbos were given names - Anna-Kaisa, after the mayor of Tampere, and Irene, after the second chairwoman of the city board.

Whether this naming of the rigs conveyed good luck is hard to say, but the project finished well ahead of schedule. Lemminkäinen was happy with the two jumbos, so it brought them along to the project in Espoo. Once the excavation neared its end there, one of the drills was moved to another underground wastewater treatment plant in Mikkeli, leaving Anna-Kaisa to finalise excavations in Espoo.

"In these special places, with such tight tolerances, we used the Sandvik drills due to their accuracy and reliability." Meriläinen says.

Nupponen adds: "The accuracy of the DT1131i is a big benefit, as we need the tunnels to be of the highest quality."

Any job of this size is only possible if equipment remains productive and reliable, and the various contractors and stakeholders work together. Sandvik and Lemminkäinen have a strong relationship and have been partnering together for many years.

Juha Kukkonen, Sandvik sales manager for tunnelling drills, says the partners have cooperated a lot to develop the systems, including iSURE, and also to make sure they have the equipment which suits their needs the best.

Addressing the specific demands in Espoo, he says: "With the Sandvik i-series drills we had three main goals for the equipment: for them to be fast, accurate and user-friendly. From the feedback we've had, we feel that these criteria have been fulfilled. The accuracy of the machines was vital for this project, and the DTi series includes many accuracy features, such as robust booms and highly developed compensation models. In addition, Lemminkäinen has taken out the rod-handling system, which means that the side feeds can be driven very close to the walls of the tunnel, and they get excellent results in terms of excavation quality."

Soon the excavation work will be completed, and the framework will be there for the construction of the new underground water treatment plant. You can't really tell from looking at this unassuming location from above, but something special is indeed going on beneath the surface that is set to help the local community. 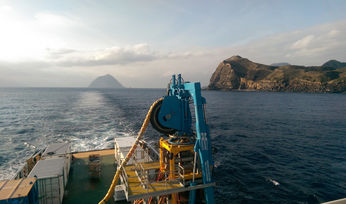 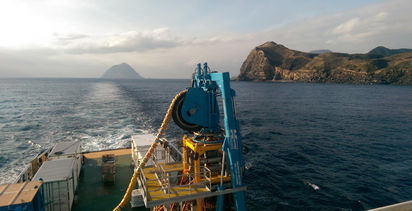