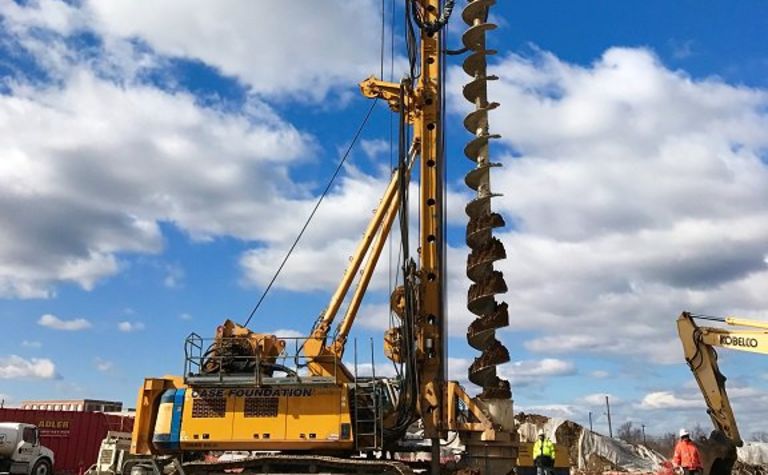 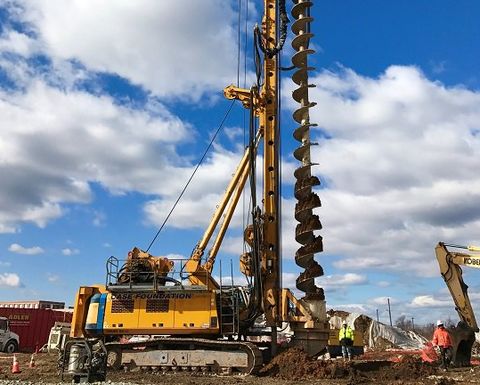 During test-pile installation, a 48in augercast pile was installed to a record depth of 100ft in a single stroke on the site of the stadium being built for D.C. United - the most decorated team in US Major League Soccer history.

"Ground conditions were relatively easy, with soft soils in the upper portion and the piles embedded in the Potomac foundation, which is a dense silt and clay," explained HJ project manager Nicholas Feldt. "But as with any project like this, the real challenge is the schedule. D.C. United needed the stadium ready on time. Also, all the work had to be performed around the Washington National's [Major League Baseball] team schedule as their stadium was next door.

"For us that meant careful planning, making sure we hit our metrics in terms of production rates and being super proactive so that each area of the stadium was ready for the construction team. As leaders in deep foundations, we take great pride in pushing the industry and in our achievements," Feldt concluded.