Mincivil, a contractor in Colombia, is using Liebherr equipment to carry out deep foundation work as part of a €176 million (US$204 million) investment programme in the country’s infrastructure, developing the road networks between Mosquera and Balsillas. 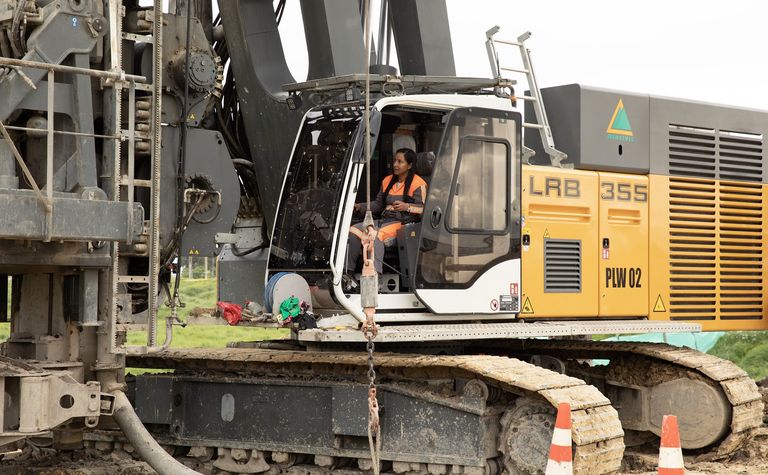 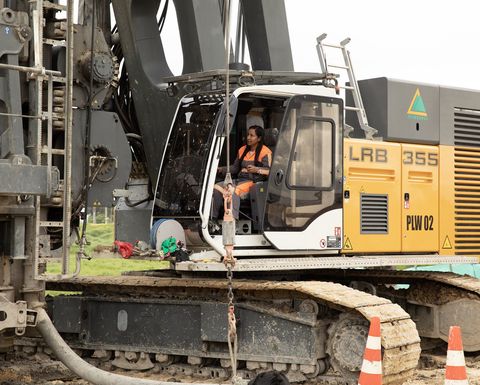 The first Colombian female machine operator to take the controls of a piling and drilling rig: Adriana Gómez Beltrán

As part of a construction project the infrastructure, especially for freight traffic, is being improved between the Departamentos Tolima and Cundinamarca, two political administrative districts in Colombia. The work is being carried out between January 2016 and December 2021. It involves the development of the road network from Mosquera to Balsillas, which lies 230km to the south-west. The project also involves the construction of 16 bridges, achieving an improved link between Tolima and Cundinamarca.

Mincivil, contractor of the project together with Topco, is using deep foundation machines from Liebherr to install the piles for the bridges. Piles with diameters of 1,500mm down to depths of 26m were made by the drilling rig LB 36 using the Kelly drilling method, and piles with diameters of 600mm and depths of 33m were made by the piling and drilling rig LRB 355 using full displacement drilling equipment. By the end of the work, the Colombian company had drilled a total of 57,000m into the deep. While the LB 36 completed its work in December 2017, the LRB 355 will be operating until March 2019.

Unusually, the Liebherr LRB 355, is being operated by a woman - Adriana Gómez Beltrán, the first woman in the whole of Colombia to take the controls of a drilling rig.

The company Gravillera Albana, part of the same group as Mincivil and Topco, is supporting a special programme for single mothers (cabeza de familia). In this way, management want to specifically motivate women to show their strengths, as can be seen with Beltrán, who for the previous five years operated a digger before moving on to operate the large piling and drilling rig in the LRB series. 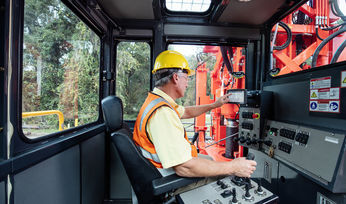 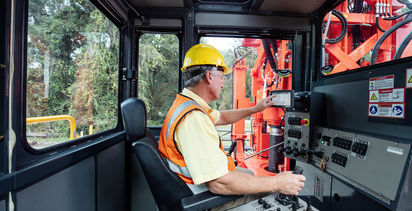