Located in the Koenigswinkel region between Fuessen, Pfronten and Schwangau in South Germany, the Forgensee lake stretches over an area of about 15.2km². It is Bavaria's fifth largest lake and Germany's largest water reservoir by surface area. The reservoir through which the River Lech flows generates electricity and provides flood protection from the water produced from melting snow in the Alps. Completed in the 1950s, the Rosshaupten barrage forms the northern dam of the lake and at the same time provides the inflow for the hydroelectric power plant, generating 45MW of hydroelectric power from a drop height of 35.4m. 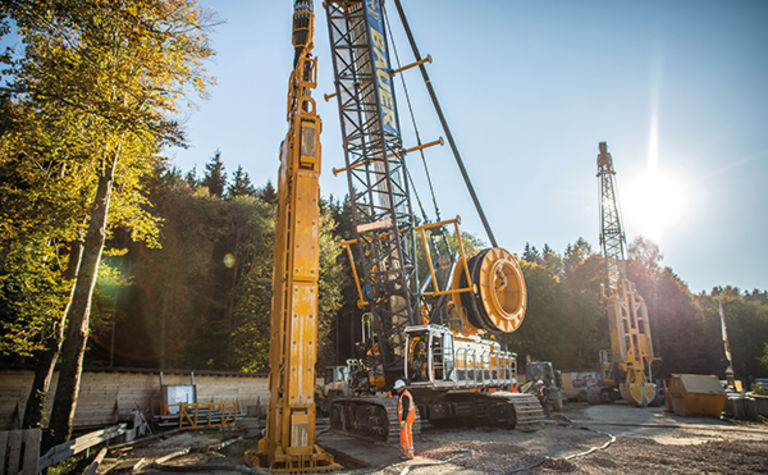 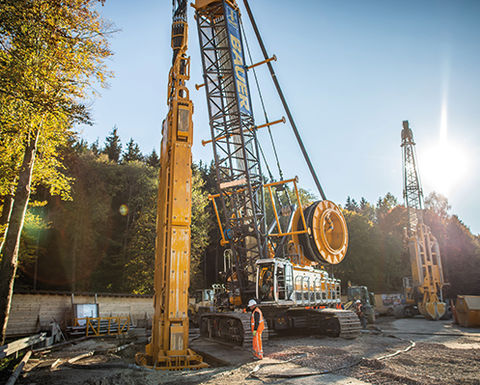 In May 2018 work began to improve the dam's watertightness with Bauer Spezialtiefbau being commissioned by the power plant operator, Uniper Kraftwerke, to construct a diaphragm wall of 13,500m² to seal the dam.

Among the challenges on this project is the issue that the diaphragm wall can only be constructed from the 11m wide dam crest. In addition, it is not located in the middle of the dam but unfavourably offset on the side of the dam crest. In order to be able to carry out the work, the construction of the diaphragm wall will be carried out with the help of an HDS-T turnable hose drum system from Bauer. "Thanks to this specialist expertise, we were able to convince the client and win the contract," said Stefan Jaeger, tender engineer Bauer Spezialtiefbau. "Widening the dam crest can, therefore, be avoided, which additionally saves on time and costs."

The 1m wide and 70m deep diaphragm wall is being constructed in two stages. First, the upper 40m of the dam body will be excavated using a DHG diaphragm wall grab on a BAUER MC 64 duty-cycle crane. The remaining 30m below the actual dam fill will be removed using a cutter BC 40.2 on a MC 96 duty-cycle crane, because "the natural local bedrock consists of many and often very thin layers of clay stone, marl clay and sandstone," according to Ralf Meyer and Klaus Stauber, both project managers at Bauer Spezialtiefbau.

Another special feature of the project is the guide wall for the execution of the diaphragm wall work. A mixed-in-place wall approximately 550m wide and 8m deep has already been installed over the summer using cast-in-situ concrete casing to ensure optimal guidance of the machines during work. The work on the diaphragm wall by Bauer will also be carried out seven days a week, in day and night shifts and should be completed in spring 2019. 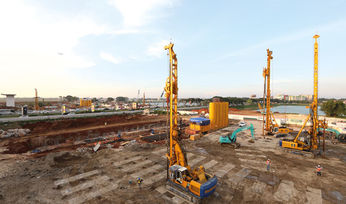 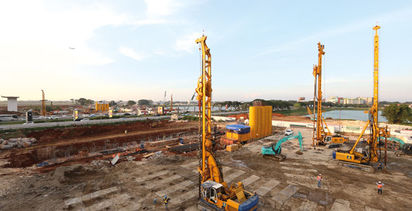 Bauer technology in use for Scandinavia's tallest building