Ground investigation for a water company

When a water company wanted to improve the drainage system in an urban environment, it called upon Socotec to carry out a series of ground investigations to clarify what work would be needed. 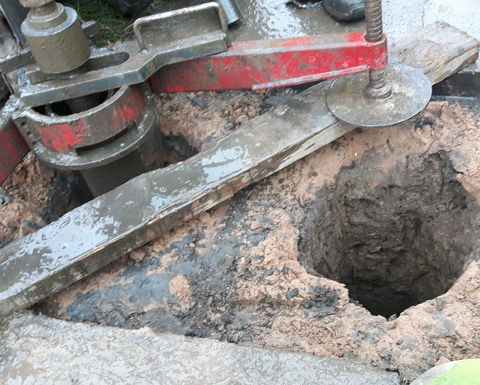 Based on the competency and expertise in delivering geotechnical works, Socotec was commissioned Mott MacDonald Bentley (MMB) to obtain the geotechnical and geo-environmental information required to progress with proposals put forward by a water company for drainage improvements in a UK town. The aim of the work was to reduce the amount of rainwater ending up in the sewers and included proposals for new surface water sewers, rising mains, pumping stations, additional buried network storage and attenuation basins. The site investigation took place between August 2016 and December 2017 with Socotec operating in a multi-phased approach to complete an ever-growing scope of works.

To obtain the required information, Socotec undertook fieldworks including cable percussion, sonic and dynamic windowless sampling boreholes, in situ and laboratory testing, as well as gas and groundwater monitoring. All investigation works were performed in accordance with the contract specification, and in line with general requirements of BS 5930 (2015), BS EN 1997-2 (2007), BS EN ISO 22475-1 (2006) and other relevant standards.

Following a desk study into the published geology in the area, Socotec discovered that varying superficial deposits were underlying; peat, tidal flat deposits and then glacial till. This initial study allowed the methods and equipment required for the successful competition of the ground investigation to be carefully chosen. Where peat was anticipated, for example, the soft and boggy ground conditions were overcome through the use of matting and tracked machines to assist with access.

Upon competition of the initial scope - the complexity of the project meant that Socotec was asked to return to site and complete a site investigation for additional areas and also improve knowledge of ground risks where particular hazards were identified.

Through phased design and modelling undertaken by MMB, the proposed works were continually evolving and, in order to appropriately consider alternatives, further ground investigation was necessary. Socotec's flexible approach met the continuing needs of the client through reoccurring visits to the project.

Borehole logs recorded the depth of the exploratory hole, the equipment and method used to extract the sample, while also recording any groundwater entries and depth-related remarks.

Through open communication and liaison with the client, Socotec was able to provide a flexible and adaptable approach to completion of the project. As the proposal changed, the relationship between Socotec and the client meant that Socotec could complete additional services and geotechnical investigation for the project without delay.

During the works, Socotec provided feedback on any arising matters as they developed. It was this open dialogue between stakeholders that meant that all information was passed to the design team for interpretation. Based on this, along with other factors, initial scopes were rethought and alternative routes planned - for which, Socotec completed further geotechnical investigation. Paul Fitzsimon, Socotec project manager, commented: "The whole project, from start to finish, was a true collaboration between a number of parties, involving and affecting the general public and the residential community too. Socotec is pleased to have supported the collaboration and become an integral part of the delivery team as the project evolved and adapted."

Socotec was able to call upon a wide range of services available to further support the client. Three to five Socotec field engineers were employed on site at any one time. Ground investigation was not the only service that Socotec provided for the project; the materials testing division was also engaged to undertake in-situ CBR testing and ground bearing capacities for earthworks design and plant selection.

Socotec understood the importance of collecting a representative and quality sample, in accordance with specified standards. In line with the schedule given by MMB, selected soil and groundwater samples that were recorded during fieldwork were transported directly to Socotec's chemical laboratory for testing and analysis.

From Socotec's own in-house geotechnical laboratory, and in accordance with standards specified in the contract, tests were completed for the determination of water content and atterberg limits, both of which provided critical information into the engineering properties, consistency and behaviour of the soil.

Unconsolidated undrained triaxial compression testing also gave insight into the shear strength of the soil samples when compressed at a constant level, and by not allowing a change in moisture once taken in situ.

Soil gradation and classification was determined through particle-size distribution analysis, with the results identifying the mechanical properties of the material for suitability.

The laboratory testing provided crucial insight into the ground conditions and enabled the design team to make suitable and appropriate decisions based upon this information.

Speaking about the project, Michael Murphy of Mott MacDonald Bentley, commented: "Socotec helped us achieve an extensive suite of geotechnical data, enabling the designers to deliver a strong design now issued for construction."

For ease of reporting for the client, Socotec divided the results of the investigation into nine volumes, based upon geographical area and design proposals, along with a size zoning place. These reports were issued at the end of the site investigation but Socotec engaged in continuous communication with MMB to report on all aspects of geotechnical findings throughout the works. 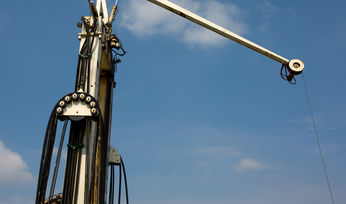 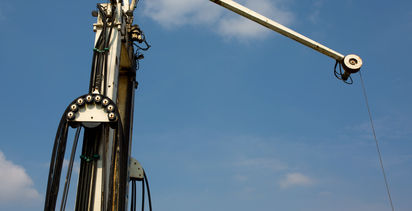