Soil sampling the safety of a dam

Sonic drilling is being used in an increasingly diverse range of applications and one recent example of this expansion in the use of the technique is the dam safety project in Sweden where it was used by Vattenfall. 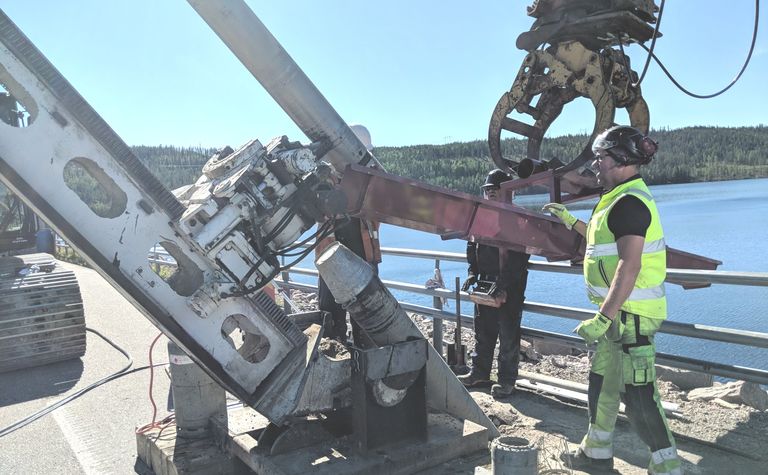 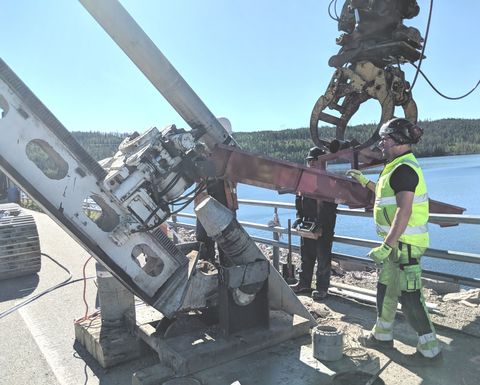 Vattenfall is conducting geotechnical drilling in Sweden for an ongoing project at the embankment dam of the Messaure power plant to investigate the material distribution in the upstream support fill. The samples, taken with sonic drilling technique of Eijkelkamp SonicSampDrill, are being taken to improve the supporting documentation for material data. The data are used for enhanced analysis of the dam's need for monitoring and to assess dam safety.

When the embankment dam for the Messaure hydropower plant was built, between 1957 and 1963, it was one of Europe's largest. Today, it is still one of the largest, almost 2km long and over 100m high. To put the amount of filling material used in the dam into perspective, it can be equated to the amount of material required to fill the Pyramid of Cheops four times over.

The Vattenfall project, led by Sweco, started in 2015 and involves, among other things, an overview of the stability of the embankment dam. In order to improve the basis for calculations for determining the dam's safety factor for stability, sampling of the support fill material has been carried out from the dam crown down to a depth of 45m by sonic drilling into the upstream support fill.

A big challenge when taking samples of this kind is being able to take representative soil samples with an actual grading curve in order to determine the internal friction angle of the support fill. That's why Eijkelkamp SonicSampDrill equipment was used during the sonic drilling in the summer of 2018 using a sampling bit with an inner diameter of 178 millimetres, which was deemed satisfactory for taking representative support fill samples in the fraction 0 - 100 millimetres. This fraction was required in order to carry out further investigations.

During the sampling, the rig first drilled through boulders in the crown cover on the dam. Thanks to this, the public road on the dam crown did not need to be demolished completely. Traffic was rerouted via a gravel road downstream of the dam. Another requirement for the drilling was that the drilling and sampling had to be carried out at a 45-degree gradient in order to penetrate the support fill outside the dam's seal and filter under saturated conditions.

The sonic drilling and sampling method was ideal for this project as the sampling bit was vibrated down into the ground for its entire length (3m). The fill material in front of the bit becomes locally fluid from the high-frequency vibrations, which means that it loses its cohesion and can be pressed into the bit. The frequency is 50 - 200Hz, which means that the dissemination of the vibrations is very local round the front of the sampling device. The rearrangement means that the sampling is certainly not uninterrupted, but experience from the drilling shows that the layer sequence in the dam can still be documented with relatively great accuracy. This is because the rearrangement occurs at a limited distance from the front of the sampling device and the soil material is still pressed into the bit.

Continuous drilling in block moraine turned out to be complicated, as there is marked wear on the drill bit during passage through hard rock types such as gneiss and granite. The support fill generally had a composition that the drilling equipment managed. One drill bit was used on average per 40m of drilling. 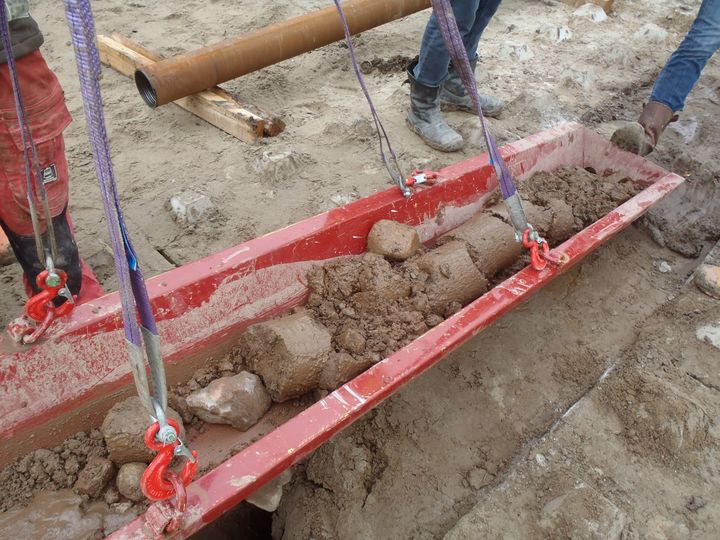 The sonic drill rig used on this project weighs 51t and is mounted on a 52t CAT 336-F modified excavator, which was transported by boat from the Netherlands to Sweden. Three rigs of this type are active in Europe and normally work on complicated foundation conditions at great depths.

Test drilling was conducted in the Netherlands with another test drilling carried out in stored material similar to the material downstream of the dam on location in Messaure. The test included the drilling methodology, sampling, refilling of the borehole with an injection mixture and pulling of the feed pipe.

Equipment was also installed to record drilling data and an anchor plate was designed as ground protection and to improve the control of the sampling device, as well as to prevent it from pulling obliquely. The ground protection was developed to minimise damage to the roadway from the rig's ground pressure.

The drilling was concluded after slightly more than three weeks when approximately 4.8t of support fill material in the fraction 0 - 100mm had been collected from just under 200m of drilling. A separate study was conducted to design appropriate refill material to use after drilling.

The sampling provided valuable documentation of the material distribution in the cross-section of the dam, which markedly reduces the uncertainties in the stability calculations. 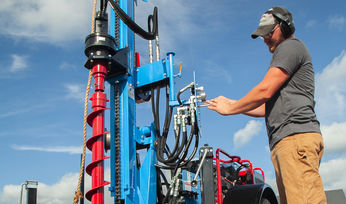 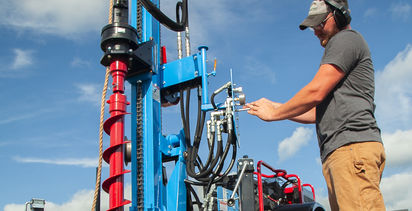