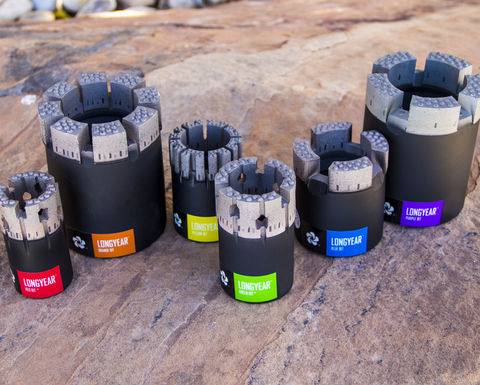 For core drilling, from drillers running a rig, to management in the office, people in the drilling and mining industry care about two things: getting individuals home safely and the amount of core in the box. When the right drill bit is in the right ground operated under the right conditions, more core ends up in the box at the end of a shift. There is not a perfect drill bit matrix or geometry that cuts every ground as quickly as possible. A Longyear bit may cut 17in per minute in Arizona but cut just 3in per minute in Ontario.

Although diamond drill bit selection is often an afterthought, it is just as important as drillers deciding how much water/mud to run or how fast to spin rods.

There are many factors to consider when selecting a drill bit, including the main objective of a project. As mentioned, the overarching objective is always more core in the box, but there are additional elements that need to be considered. For example, a rod trip takes significantly less time at 400ft than a rod trip at 4,000ft. While bit life is important, it is less crucial at the top of a hole because that usually means sacrificing penetration rates.

In Australia, a site used two different bits at different depths. A Longyear Red Express bit was used to cut 60cm per meter with a life of only 120m at the top of the hole. Once that bit was done, they switched to a Longyear Yellow Stage 3, because rod tripping took too long. With this bit, they only cut at 35cm per minute but achieved a life of 300m per bit. Using a singular Longyear bit, this site put six per cent more core in the box than they did with a competitor's bit. However, using these two Longyear bits in tandem, they saw a 23 per cent increase of core in the box over the competitor's product. Sometimes, it is more beneficial to cut faster even if it means tripping more.

Once a driller decides whether the objective is cutting faster or tripping less often, next it is important to establish how hard the ground is to cut. Contrary to popular belief, the ground drillers cut is (probably) not the hardest ground on earth. This is where the Mohs scale comes into play. The Mohs scale is an exponential scale from 1 to 10 to quantify mineral hardness. Minerals with a higher Mohs hardness will scratch anything with a lower Mohs hardness. For example, a mineral classified as a four will scratch a three but not a five.

The Boart Longyear scratch test kit has four scratchers with eight replaceable tips and a sharpening stone. If the numbered tip scratches the rock, the rock is softer than the number on the tip. If a seven scratches and a six does not, you know you are in 6.5 rock. You would then select the bit created for that rock.

Once ground hardness is identified, Boart Longyear offers a Longyear Diamond Bits Hardness Rating & Comparison Chart to find a recommended bit for that ground. For example, Purple is meant for 1 - 4.5 rock, up to Red which is best for 7.5 - 9. Purple covers such a large range numerically because the Mohs scale is exponential (1 and 4.5 on the Mohs scale are closer together on "true" hardness than 7.5 and 9). 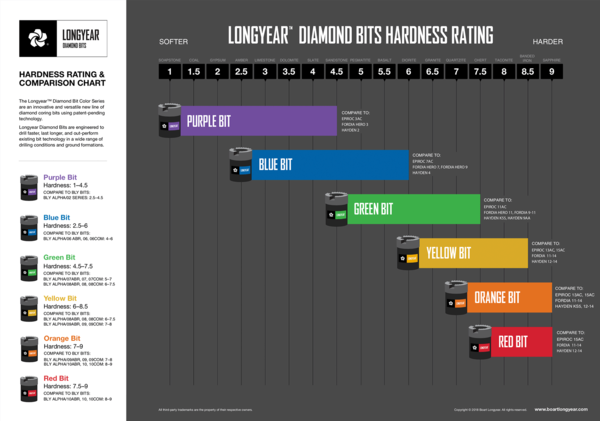 In the Comparison Chart, bit range overlaps, and the bars representing each drill bit are quite long. This is where the objectives of the site come into play. For example, if you are in a 6.5 rock, select a Green Bit or a Yellow Bit. Which one should you try first? It depends. If the site is cutting a lot of short holes and bit life isn't a big concern, you would likely have the best luck with Yellow - it would penetrate faster than Green, but not have as long of life in 6.5 rock. On the flip side, if bit life is a concern because you're drilling deep holes, you may prefer Green.

Another thing to consider for bit selection is geometry. While the Green bit is, in general, tougher than the Yellow, a Green bit with more open area and a Yellow with less open area will exhibit very similar cutting characteristics. 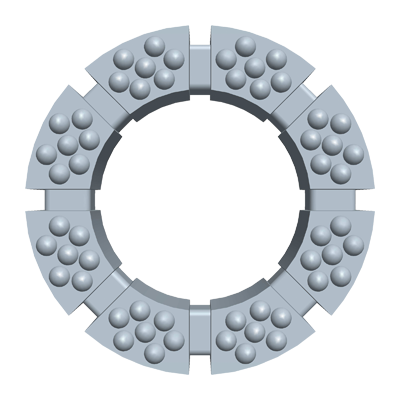 • Longest life based on lowest open area 15 per cent 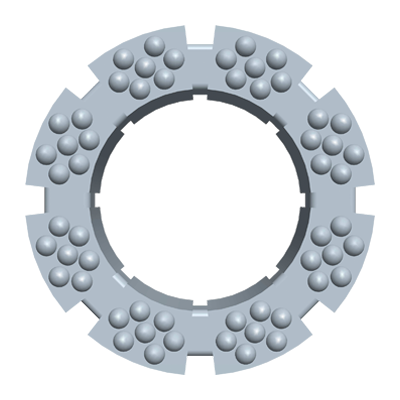 • Pushes cuttings to the OD and reduces pressure across bit face 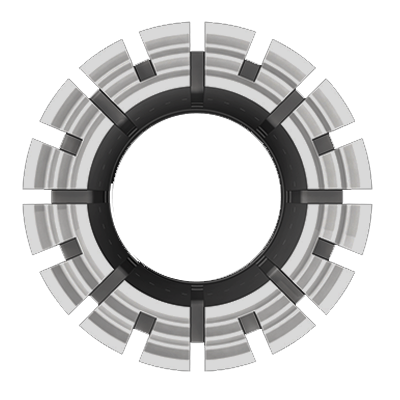 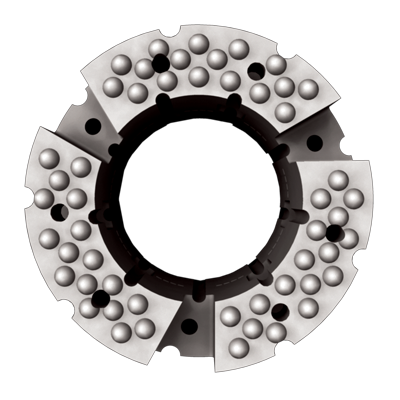 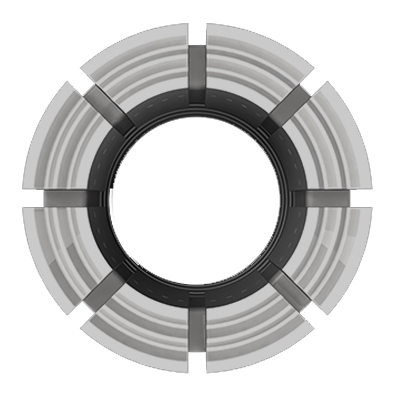 • Recommended for lost circulation applications; prevents the lifter case pulling into the bit and shutting off water 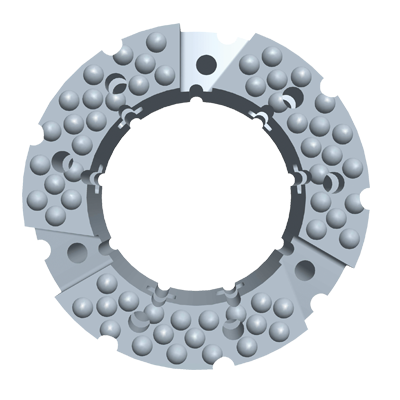 • Reduces water pressure on the core and redirects fluid to the face of the bit (reduces washing core material), aiding in core recovery

• Open area based on waterway

If cutting at the top range of these bars, more open area will be needed, and the Express, for the middle and bottom ranges, will use Tapered Waterway or Stage, respectively.

Once a bit has been selected for the rock type, crown height, and geometry, the last step is to collect data and test the chosen bit's performance.

Once the ideal bit has been identified - it needs to be tested, and the only way to make an informed decision during testing is to collect data.

• Penetration rate on every run

• Bit life of every bit

Once the data has been collected, this information can be used to either validate the choice initially made or adapt based on unaccounted circumstances. For example, if the Green Stage bit was selected but the penetration rate was not as high as expected, then the Green Express and the Yellow Stage would be good bits to try next. The Yellow Stage may not provide the desired life, but the Green Express may be a perfect in-between. All this shows in the data and at the end of the day more core ends up in the box.

With a combination of knowledge, the right tools, and good planning, every shift can be optimised, and subsequently, put as much core in the box as possible.

How to choose the right compressor for a rental fleet

What should rental supply companies consider when replacing their air compressors 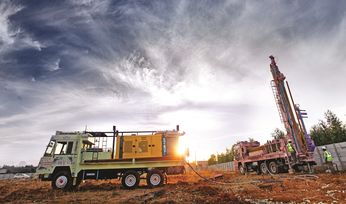 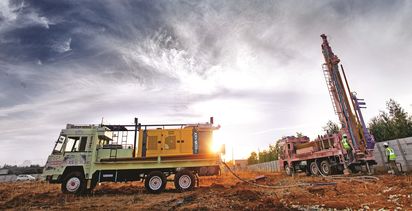 From bauma to the US: five Liebherr drilling rigs for Michels Construction