Dando customers in South East Asia have traditionally chosen large rigs for mineral exploration, but the company’s Ian Smith says he is seeing an increased demand for lighter and more compact rigs in the region 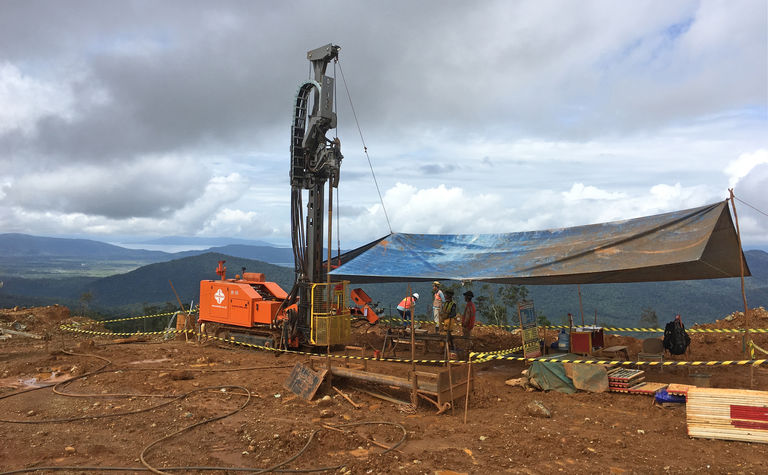 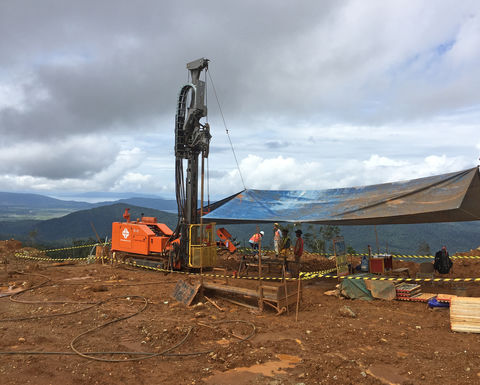 For quite a while, the South East Asian market, particularly Indonesia, has become closely associated with Dando's larger mineral exploration rigs; however, over recent years we have been seeing an ever-increasing demand for our lighter, more compact machines across the region.

Dando recently supplied nine UK-manufactured Terriers to a customer in the Philippines where they will be used for geotechnical work on some of the country's upcoming civil engineering projects.

The archipelago has seen much investment in its transport sector recently including the Makati City Subway, its first-ever underground railway project, at an estimated cost of US$3.7 billion. Other projects include the Metro Rail Transit 3 on Edsa, the Pasig River Ferry System and the proposed Metro Manila Mega Subway. This Philippines order surpasses a previous order of seven Dando Terrier rigs sold to the Turkish railway network for ballast sampling on the country's railway lines.

Supplied with interchangeable percussion and rotary masts, the small, crawler mounted rigs are capable of a wide range of sampling methods in areas of limited space and difficult access.

The latest Dando Terrier model also features a new, three-cylinder, 19hp diesel engine which provides increased power and smoother operation. In addition to this, the engine is easier to access for simple maintenance.

Elsewhere, a percussive Terrier has recently been sold for site investigation applications in China. With the percussive mast, the machine is capable of disturbed and undisturbed sampling, SPT, U4 and dynamic probing.

It is not only site investigation that Dando rigs are being used for, but the Terrier has also become a popular machine for mineral prospecting applications. An Australian mining company with operations in Indonesia saw the percussive Terrier as the perfect rig for alluvial gold exploration at a new concession of mineral sands in Kalimantan. 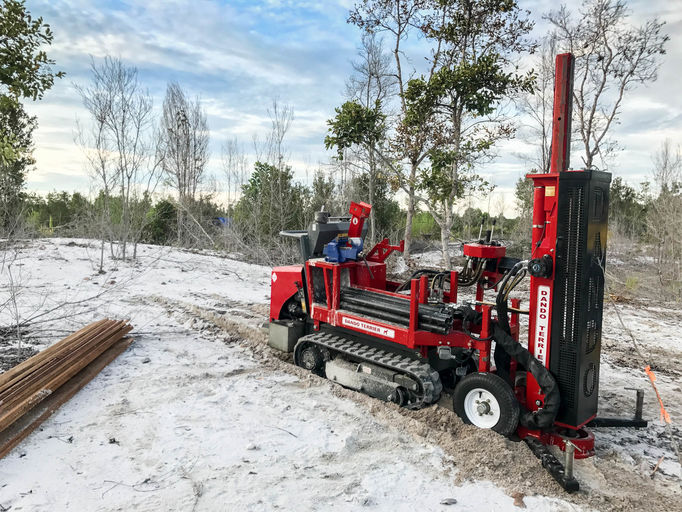 A Dando terrier being used for gold exploration in mineral sands in Kalimantan, Indonesia

Requiring samples in the 10-15m range, the company's in-house drilling division required a small, lightweight rig with low ground pressure to obtain samples in the fine powder-white sand. It also needed to be nimble enough to manoeuvre around closely spaced trees in wooded areas and to be transportable along the narrow lanes in the region.

From a geological standpoint, sampling of sand limits the number of drilling options. The Terrier's Duplex Sampling system drives both casing and sampler into the ground simultaneously and eliminates hole collapse which can be problematic in sand. Three sizes of samplers are being used with plastic and metal basket catchers to prevent sample loss when retrieving the sample. Plastic liners preserve the sample in situ for analysis and prevent sand from moving around in the core boxes.

When samples are required from greater depths and in harder ground formations Dando's larger top drive rotary rig, the Jackal, is a more suitable option. Such was the case for a global mining company which needed a rig that could carry out H wireline coring up to 200m as well as RC for nickel exploration in a remote part of Sulawesi - one of the Indonesian islands.

The drilling carried out by the machines served the purpose of retrieving data for calculating reserves and to identify and quantify the depth and concentration of minerals, as well as providing samples for laboratory analysis. Target formations were nickel laterites within highly variable strata, including bands of consolidated clays interspersed with hard rock and chunks of silica. Accessing these large nickel deposits required traversing jungle terrain, consisting of closely spaced trees, thick mud and sloping ground.

Therefore, the drilling rig needed to be powerful enough to reach the required depths yet still be capable of manoeuvring through dense jungle conditions, causing minimal disturbance to its surroundings. Safety was also a key issue - especially when it came to crossing the steeply inclined, slippery paths. A radio remote-control unit fitted to the rig allowed the operator to track the rig from a safe vantage point, while steel single-bar grousers provided grip and traction in the muddy terrain.

With all these factors taken into account, the customer purchased two crawler mounted Jackal 9000 rigs which could be set up for both H wireline coring and reverse-circulation. Asia gears up for major drilling activities in 2023