Sienna Resources Inc. has begun a drill programme at its PGE-Ni-Cu Slättberg project. The PGE-Ni-Cu enriched mineralisation at Slättberg remains open at depth and along strike. 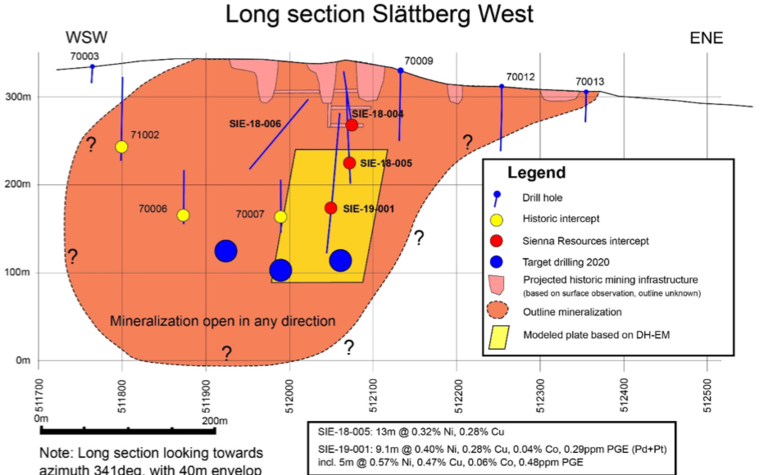 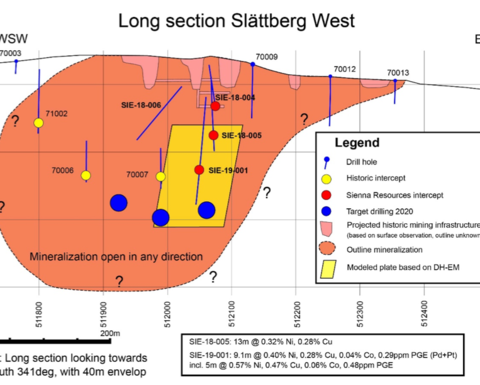 The abundance of sulphide, higher PGE values, and a swarm of mafic dykes suggest that Sienna is moving closer to a source area for the sulphide mineralisation and associated mafic intrusions as it drills to progressively deeper levels.

The current drill programme (1000m) will test the continuation of the PGE-Ni-Cu massive sulphide mineralisation in the western part with two to three drill holes. Another drill hole will follow-up the highly interesting results of SIE-19-002 together with a strong down-hole EM response west of SIE-18-003.

Jason Gigliotti, Sienna Resources' president, said: "We are pleased to start this much-anticipated drill programme. We have gained significant knowledge of the property and have methodically progressed to this stage of drilling. We have the highest priority drill targets now set and we are optimistic how this drill programme will turn out. When we drilled in the fall of 2019, we had a weak and declining market whereas this time around the market is significantly more buoyant and trending positive at a time of historically high commodity prices. Not only are we drilling here in Sweden we have just acquired the Kuusamo PGE-Ni-Cu-Co Project in Finland and are formulating plans for initial work programmes to commence. We are partnered with EMX Royalty Corporation on these two projects."

Slättberg, which is a historic mining camp hosting cobalt and PGE enriched nickel-copper sulphide mineralisation that occurs along a 2km belt of historic nickel-copper mines, is located 25km northwest of Falun, Sweden. The project contains drill defined zones of massive sulphide mineralisation that extends to ~100m in depth (also the approximate depth of historic mining in the area) and remains open for expansion at depth and along strike.

Sienna conducted two drilling campaigns at Slättberg in 2018 and 2019 totalling nine drill holes (1,319m). Multiple drill holes intersected sulphide mineralisation in the western part of the trend, often present as massive sulphide veins and in breccias, associated with, an unusually thick swarm of mafic dykes. Textures in the sulphide intervals are suggestive of tectonic remobilisation of sulphides along structures from a nearby source.

A key observation from the 2018 and 2019 drilling is that the thicknesses of dykes in the dyke swarm and zones of sulphide veins and breccias increase with depth in the drill holes. Further, the textures seen in the zones of mineralisation indicate remobilisation of sulphides from a nearby, as of yet undiscovered source (or sources). These fundamental observations are driving the continued push to drill deeper and further along strike in the system, especially on the western end of the trend, where indications are strongest. 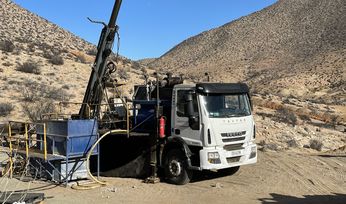 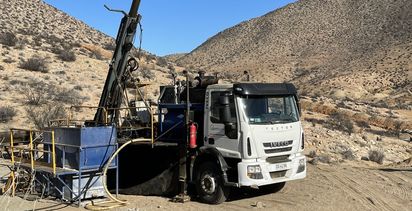