Tempus Resources Ltd has released an update on Rio Zarza one of its Zamora projects, located in southern Ecuador. The Rio Zarza project is located directly adjacent to the Fruta del Norte gold mine, operated by Lundin Gold. 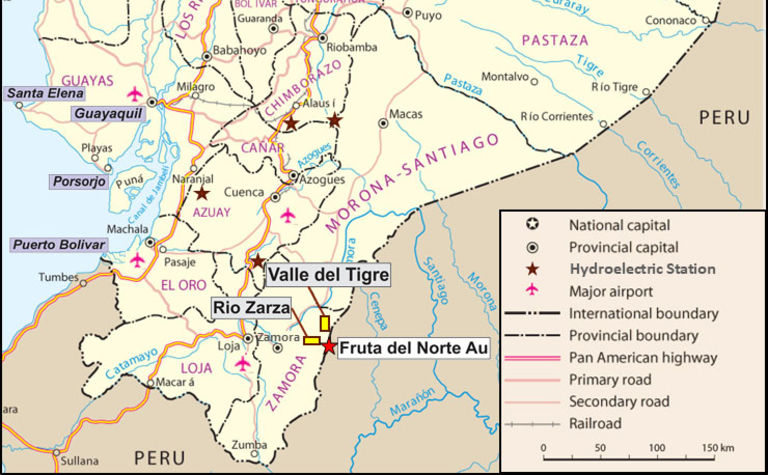 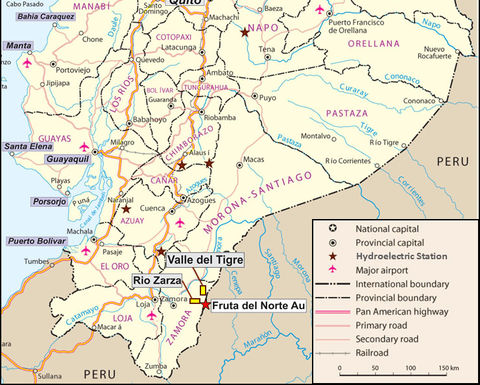 Tempus Resources Ltd has released an update on Rio Zarza one of its Zamora projects, located in southern Ecuador

Tempus' managing director, Brendan Borg said: "The results of the geophysical survey interpretation are very encouraging in their own right, with the acquisition of previously unreported assay results showing anomalous gold and silver close to the interpreted geophysical target further enhancing the case for drilling at Rio Zarza."

A helicopter-borne geophysical survey over all of the Zamora project concessions was completed in late December 2019. The survey was flown at 200m line spacing for a total of approximately 600km. The survey included ZTEMTM (Z-Axis Tipper Electromagnetic) system, magnetics and radiometrics. The ZTEMTM system provides superior exploration depth and high resolution, and excellent resistivity discrimination.

The last drilling to be completed on the Rio Zarza Project was in 2011. The final three holes from this programme, namely RZDDH11-07, RZDDH11-08 and RZDDH11-09 were completed without assays ever being released by the laboratory.

RZDDH11-07 was of particular interest, being a somewhat deeper hole, and exhibiting epithermal banded/colloform quartz clasts in the Suarez formation conglomerate, the geological unit which overlies and flanks Fruta del Norte gold mineralisation. The epithermal banded/colloform quartz clasts indicate proximity to an eroded hydrothermal vein system. The presence of clasts restricted to the lower Suarez formation is one factor that led to the original discovery of Fruta del Norte.

Tempus engaged Insight Geophysics Inc. to provide an assessment of the helicopter survey data, and if appropriate, to recommend targets for drill testing. A significant resistivity anomaly, in which the Fruta del Norte deposit is hosted, extends to the west and below the current extent of drilling at Rio Zarza.

Previously unreleased assays from the final three drill holes from the last drilling, in 2011, have now been received. The assays from the hole of primary interest, RZDDH-11-07, exhibit a zone anomalous in gold, silver, copper, manganese, lead and zinc over the final 19.1m of the hole.

Based on the interpreted geophysical data and new assay information, three proposed new drill holes have been designed to explore the potential of a gold mineralised body underneath and beyond the current drilling at Rio Zarza.

The first, and highest priority of these holes, will be a direct extension of drill hole RZDDH11-07, with a planned total depth of 1,375m. The two additional holes are proposed to be along strike of, and/or deeper into the prospective interpreted geological unit and will be adjusted based on the results of the first hole.

Drilling is planned for Q4, 2020, once current international and domestic travel restrictions are eased. In the meantime, the company plans to undertake further modelling of the data from the geophysical survey, including 2D inversion of the gravity data, to better define the location and inclination of the potential ore-bearing structures. 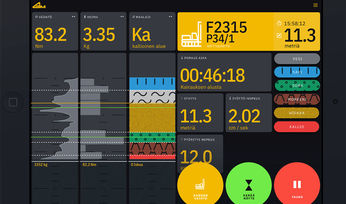 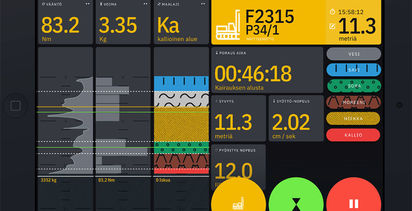