Clean Air Metals Inc. (formerly Regency Gold Corp.) has mobilised a second drill rig at the Escape Lake area of the Thunder Bay North Project with Phase 1 and 2 drilling continuing with a minimum total of 20,000m of drilling going forward. 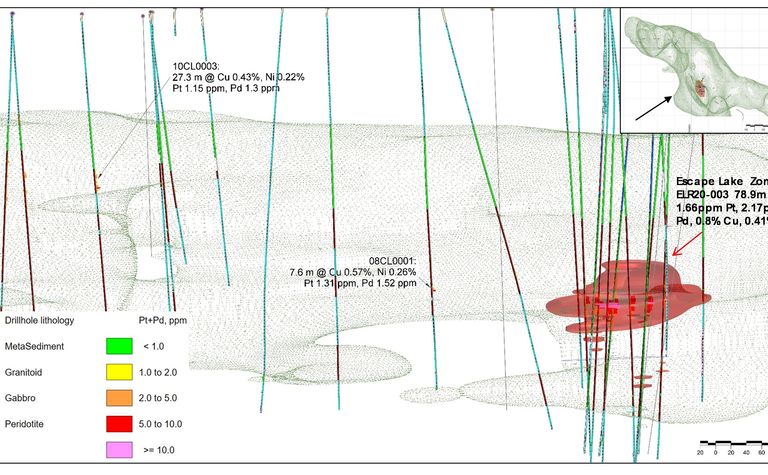 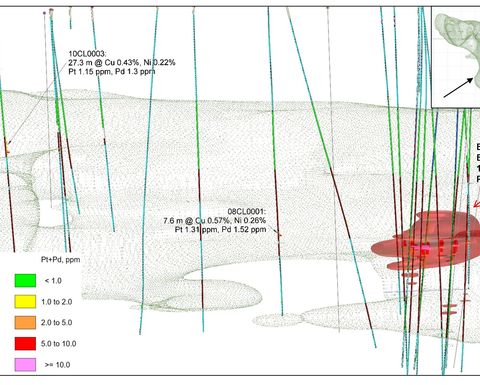 One drill continues to be focused on the southern portion of the Escape Lake mineralised zone conducting step-out holes testing possible lateral and along strike extensions to the south and east.

The second drill has mobilised to the northern portion of the Escape Lake mineralised zone and will be helping complete Phase 1 planned holes and step-out holes to the north to follow the postulated trend of the mineralised magma conduit on the Phase 2 drilling layout.

Clean Air Metals plans a systematic approach to drilling off the potential strike extensions of the mineralised conduit in Phase 2 including application of borehole electromagnetic, borehole magnetometric resistivity and magnetotelluric surveys to isolate conduit architecture and follow the path of electrical conductivity in the mineralised magma conduit trend.

CEO Abraham Drost said: "The addition of a second drill at Escape Lake is a welcome result of the recent closing of the company's oversubscribed CAD$6.7 million (US$4.9 million) flow-through financing at C$0.50/flow through share. The second drill will help the company to increase the pace of exploration on Phase 1 testing of the Escape Lake Intrusion mineralised zone, transitioning to Phase 2 testing of an interpreted strike extension of the mineralised magma conduit to the north and south."