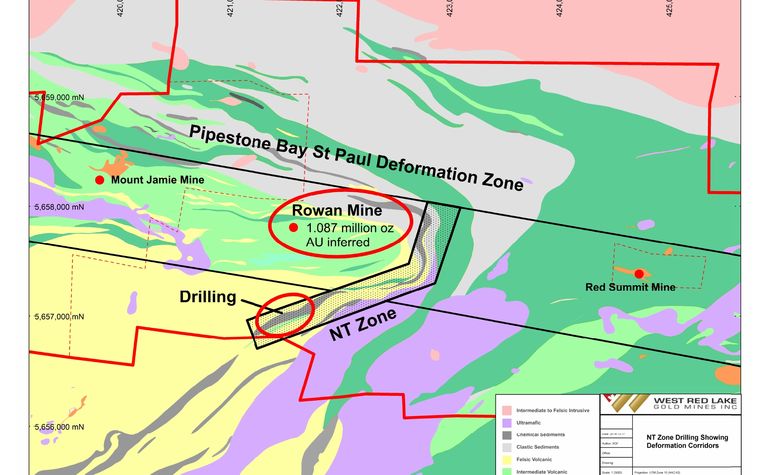 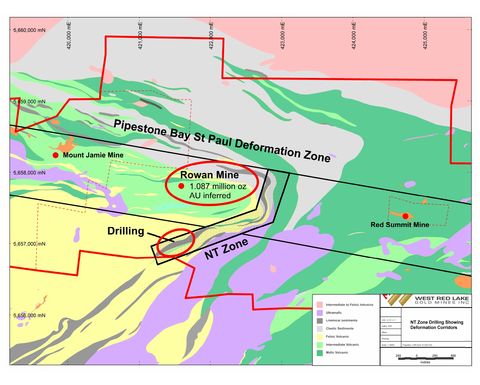 The current drill programme, which commenced in mid-June, was designed to follow up and expand on the positive results of the previous 12 holes drilled into the NT Zone gold mineralisation.

The 10 new holes were drilled below and along strike to the north-east of the previous 12 holes with the purpose of expanding the gold mineralisation along strike and to depth. The drill programme intercepted the targeted gold zones in the locations where expected at the outset of the exploration programme. The 10 new holes covered a 450m distance along a southern portion of the 2km long NT Zone.

John Kontak, president of West Red Lake Gold, said: "Exploration drilling has identified two highly silicified zones that are several metres wide and trend along strike within the central portion of the 2km long NT Zone. The two parallel zones are well mineralised and spaced a few metres apart. The good geological continuity of the two central zones bodes well for future exploration work at the NT Zone over the coming months and years."

The NT Zone, which is located on the Rowan Mine Property joint venture portion of the West Red Lake Project, trends north-east from the south property boundary for a distance of 2kms to where this regional scale structure intersects with the east-west trending Pipestone Bay St Paul Deformation Zone. The area of planned exploration work on the southern portion of the NT Zone is located approximately 800m south of the former producing Rowan Mine.

The Rowan Mine Property is situated on the Red Lake Archean Greenstone Belt which hosts the high-grade gold mines of the Red Lake Gold District. 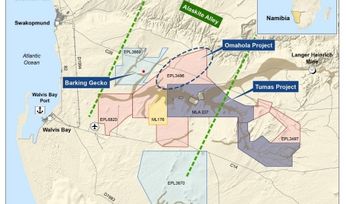 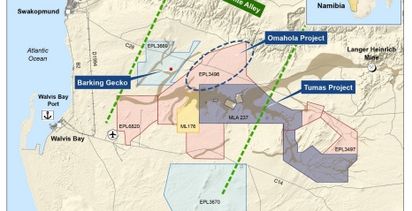