Spearmint Resources Inc. has received a drill permit from the Bureau of Land Management (BLM) to carry out its planned phase-two drill programme on its Clayton Valley Lithium Project. 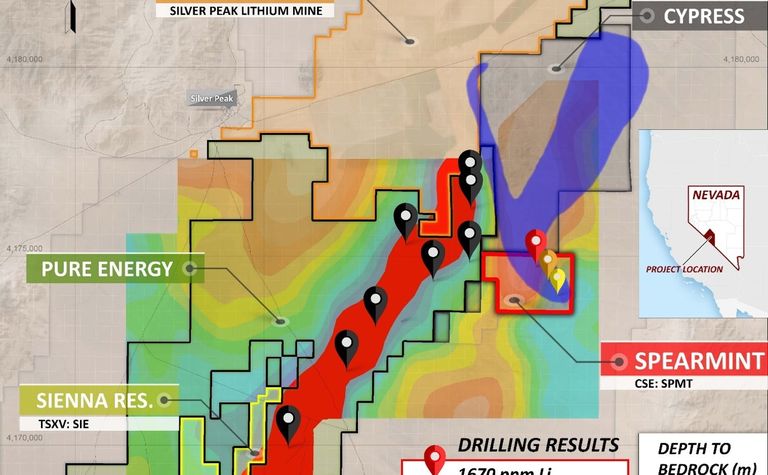 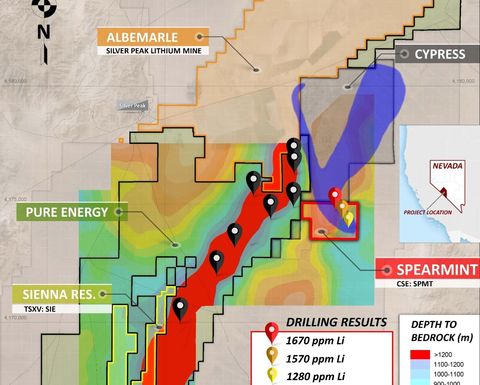 The ownership of mineral projects in Clayton Valley, Nevada

This next phase of drilling will be a multi-hole drill programme to test the known claystone hosted lithium mineralisation within Spearmint's McGee lithium project.

Spearmint has two lithium projects in Nevada consisting of the McGee property (Clay) and the Elon property (Brine) which cover an aggregate area of 1,160 acres. Previous drilling on the McGee project intersected lithium as high as 1,670ppm Li.

James Nelson, president of Spearmint, said: "We are pleased to now have our drill permit in hand, and we plan to have drills turning as early as this week. We feel confident in Harrison's ability to perform this drill programme for us as they have many years of knowledge and experience drilling in the Clayton Valley.

"There are several areas of interest in the clay formation and our plan is to systematically work through these zones. Our first drill programme generated some high-grade results, and we believe that a second series of drilling is the key to unlocking the potential of this project. This project lies within a known lithium claystone formation which we share with Cypress Development Corp., who recently announced a measured resource estimate which was increased to 574.1 million tonnes averaging 1,081ppm Li or 3.3 million tonnes lithium carbonate equivalent. We are also actively formulating work programmes for our projects in Quebec and Newfoundland and anticipate the next several weeks to be some of the most active in company history."

Spearmint Resources Inc. has set a new intercept record at its lithium Clay project in Nevada 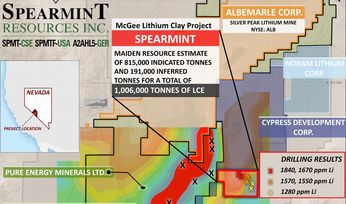 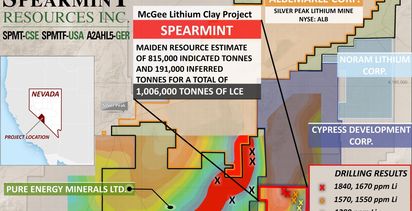