Metals Creek Resources Corp. has engaged M3 Drilling to conduct a minimum 2,500m drill programme on the Dona Lake Gold Project. This drill programme is expected to commence during the latter part of October once the drill becomes available. 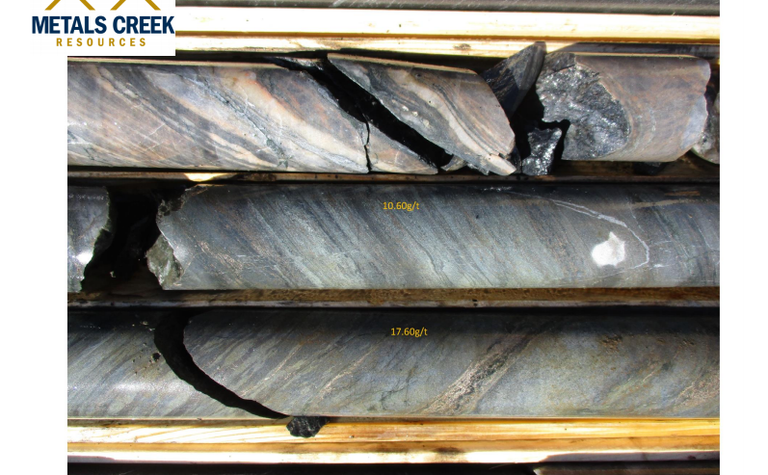 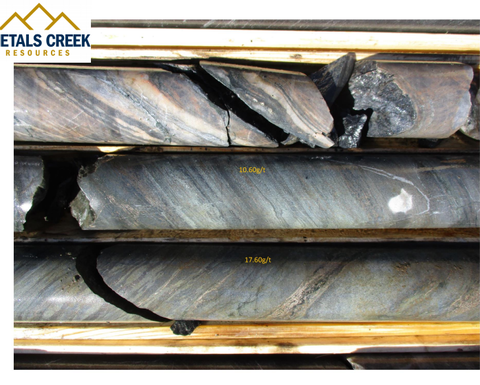 On June 12, 2019 Metals Creek Resources Corp. announced it had signed an option agreement with Newmont Corporation in which Metals Creek can earn a 100 per cent interest in the Dona Lake Gold Property located in Pickle Lake mining district, 9 km southeast of the town of Pickle Lake, North-western Ontario.

The project consists of 32 patented and leased mining claims and 35 map staked claims totalling approximately 1,063 hectares and covers the past producing Dona Lake Mine. The Dona Lake Mine, an underground operation from 1989 to 1994 produced 246,500oz of gold at a grade of 7.44g per tonne.

On July 8, 2020 Metals Creek announced that it had commenced drilling on the Dona Lake Project. IT drilled three holes totalling 1,411m, two shallow holes to test the Main Zone and B Zone and a deep hole to confirm the continuation of gold mineralisation below the lowermost level of the mine (455 level).

Hole DL20-001 was collared to test the continuation of gold mineralisation south of the Dona Lake mine at 121m level below surface. The Main Zone returned a core length intercept of 4.53g per tonne (g/t) gold (Au) over 1m. Mineralisation consisted of one to two per cent disseminated pyrrhotite with associated strong silicification and quartz veining.

Mineralisation is hosted within silicate-sulphide iron formation and characterised by stringer to semi-massive pyrrhotite ranging from three to 40 per cent with local pyrite and magnetite.

A second zone of mineralisation further downhole returned a core length intercept of 2.34g/t Au over 9.2m. Mineralisation is hosted within silicate-sulphide iron formation with one to six per cent disseminated to stringer pyrrhotite as well as trace to one per cent pyrite and local magnetite. Alteration consists of strong silicification with quartz veining and local biotite, garnet and grunerite. This second zone of mineralisation is interpreted to B-Zone.

Hole DL20-003 was designed to test for the continuation of gold mineralisation below the lowermost level of the Dona lake Mine (455 level). This hole penetrated the Main Zone at approximately 500m below surface and returned a core length intercept of 8.07g/t Au over 7m. Included in this intercept is a high-grade intercept of 17.6g/t Au over 1m.

Gold mineralisation at Dona Lake is hosted within three prominent banded iron formations with the middle iron formation hosting the Dona Lake Mine (Main Zone). The Main Zone remains open at depth with limited drilling along strike. Mining stopped at the 455m level with historic drill results below the 455m level that selectively include 13.62g/t Au over 13.00m, 8.74g/t Au over 3.9m and 8.57g/t Au over 2.8m.

During compilation of historic data, it was determined that the deepest hole found to date was drilled approximately 100m below the mine workings of the Main Zone. This hole returned a down hole intercept of 4.36g/t Au over 21.08m indicating the continuation of mineralisation at depth below the bottom level of the Dona Lake Mine Main Zone. 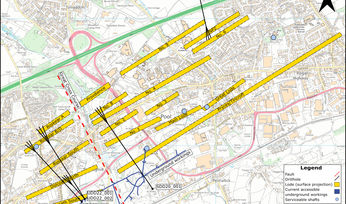 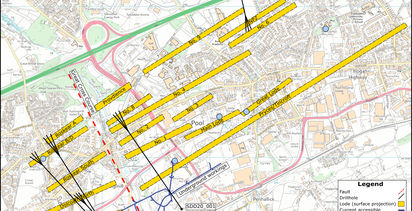