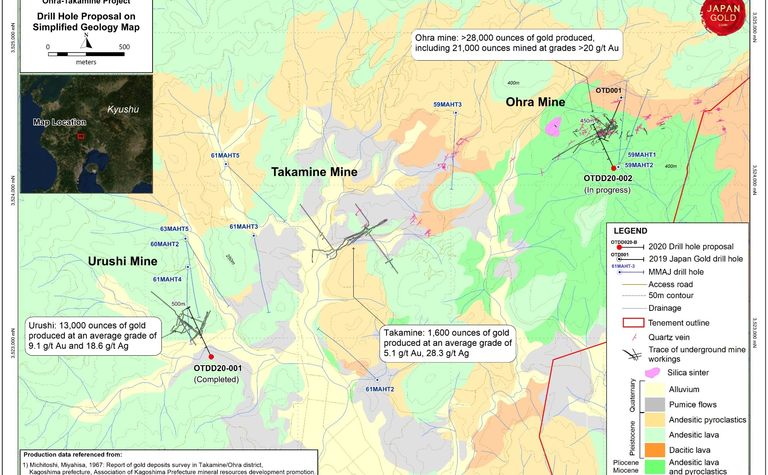 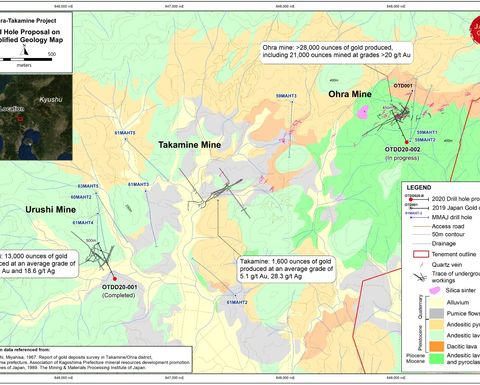 The proposed drill plan on geological map and historic mine workings at the Ohra-Takamine Project, Japan

Drill holes OTD20-001 and 002 have been positioned along the open-ended, 3.5km corridor of alteration and epithermal mineralisation defined by the Ohra, Takamine and Urushi historic mines, where mining was halted in 1943 by the government-imposed moratorium.

Historic production records indicate the presence of high-grade mineralisation at the Ohra and Urushi Mines, including 21,000oz mined at grades greater than 20g/t gold at Ohra, and an ore shoot in the number 2 vein in the Urushi Mine which carried grades between 50 to 100g/t1.

Drill hole OTD20-001 targeted extensions of quartz veins mined at Urushi and intersected several zones of quartz vein, quartz-vein stockwork and brecciated quartz vein along its length. An initial batch of samples from the upper part of the drill hole were dispatched in mid-October and the remaining samples have now also been dispatched. Currently, heavy sample volumes are being experienced by ALS labs in Canada, and the final results of OTD20-001 are not expected until early in 2021.

Difficult drilling conditions, including clay-rich shear zones, slowed down drilling in the upper portion of OTD20-001. Following the easing of border restrictions, the company's drill team members were able to re-enter Japan to take over drilling operations in October; promptly completing the drill hole.

OTD20-002 received the required government approvals on November 25th and drilling commenced within hours of receiving this notification. OTD20-002 is targeting the down-dip continuation of the ore shoot mined at Ohra prior to 1943 and is expected to drill to a depth of approximately 550m. 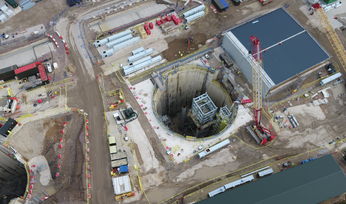 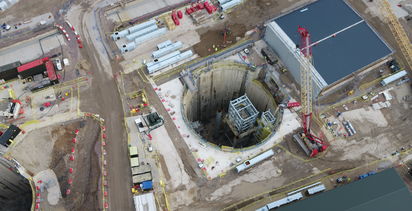