District Metals Corp has announced that a drilling contract has been executed with Hy-Tech Drilling Sweden AB to conduct core drilling at the company's polymetallic Tomtebo Property located in the Bergslagen Mining District in south-central Sweden. 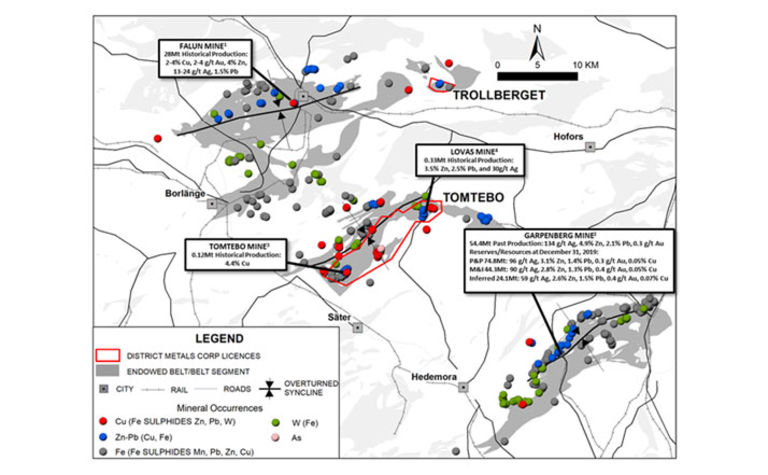 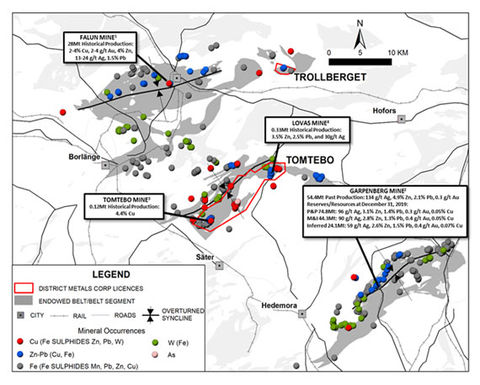 The contract is for a minimum of 5,000m of core drilling that will focus on confirmation and expansion of polymetallic mineralisation at the historic Tomtebo Mine. Drilling is expected to begin in late-February or early-March, and further details on the start date and specific targets to be drilled will be announced in due course.

Garrett Ainsworth, CEO of District, commented: "Hy-Tech Drilling is a leader in the diamond drilling industry, and have been operating successfully at Lundin Mining's Zinkgruvan Mine in Sweden since 2019. We are very pleased to have retained Hy-Tech to complete a minimum of 5,000m of core drilling on our Tomtebo Property. Our drill permitting has gone exceptionally well thus far, and we are on track to commence drilling in line with our original forecast."

Hy-Tech has assembled an experienced drill crew and will be utilising a TECH 5000 track-mounted drill rig that is capable of drilling to depths of 2,000m with NQ and 1,000m with HQ.

All of the planned drill holes will have their collars located before drilling commences with a differential global positioning system (DGPS) to ensure targets are pierced optimally. Down-hole orientation surveys will be conducted with a non-magnetic and north-seeking gyro tool, and drill core will be oriented to better understand the framework of polymetallic mineralisation at Tomtebo.

These are important tools that were not available during Stora AB's (past operator) drilling campaigns conducted between 1916 and 1972.

Additionally, an AMC Centrifuge core cuttings management system will be utilised as part of District's commitment to meet and exceed environmental regulations.

Borehole electromagnetic surveys (BHEM) will be conducted on all the holes completed, which is an important modern technology that was never done on any of the historic drill holes at the Tomtebo Mine. BHEM surveys will identify conductive bodies, indicate if a drill intersection is in the central or distal part of a conductive body, estimate the position of an off-hole conductive body, and can be combined with the July 2020 SkyTEM conductive data. The use of BHEM surveys at the Garpenberg Mine in the 1990s was instrumental in the discovery of several large polymetallic mineralised bodies. 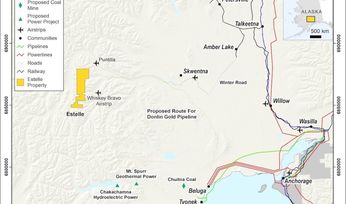 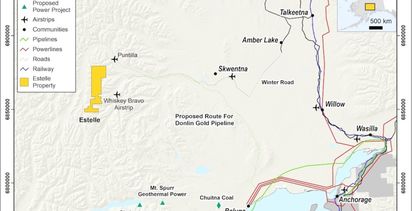