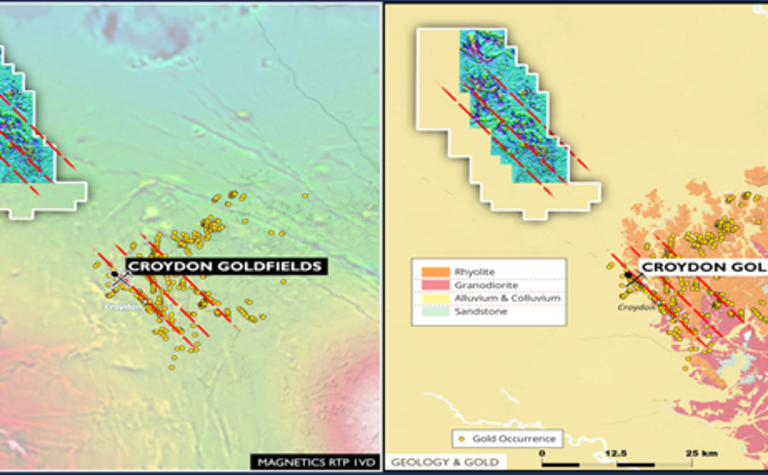 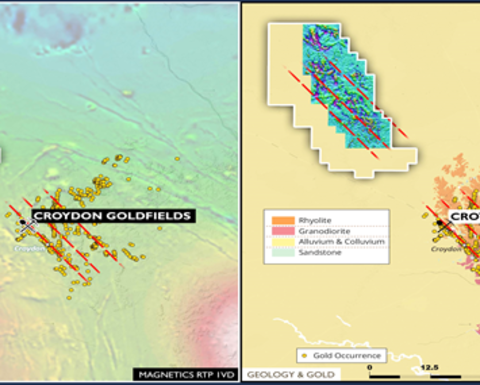 Alistair Waddell, Inflection's president and CEO, said: "We are very excited for the opportunity to drill test what could be a new, district-scale gold project. Our plans are to initially test a number of our identified 25 orogenic vein drill targets on geological trend from the historic high-grade Croydon Goldfields which extend over approximately 30km."

The Carron project is located approximately 400km west of Cairns in Northern Queensland. Inflection has identified a series orogenic vein targets on-trend from the historic Croydon Goldfields. The Croydon Goldfields was one of Queensland's more significant gold producing districts, with a total production from 1885 reportedly over one million ounces from numerous high-grade quartz-vein lode deposits with an average of 35g/t Au.

After reviewing the regional public domain airborne magnetics in the vicinity of Croydon district, a series of large, northwest-trending magnetic anomalies have been identified. The anomalies, which extend over approximately 30km, lie along structural strike to the northwest from the Croydon Goldfields and have strong similarities to the magnetic character and geological setting of the Croydon Goldfields. These features are interpreted by Inflection to potentially be the concealed repetition of the gold mineralisation found in the Croydon district, which are completely covered by post-mineral sedimentary cover masking the potentially prospective geology.

The public domain, airborne magnetic data collected by the Queensland Government used to generate the Carron targets was not detailed enough for accurate drill hole positioning. Consequently, the company flew a 3,855-line kilometre airborne magnetic survey at 50m line spacing to enable accurate drill hole positioning. The high-resolution magnetic data was processed, and 3D magnetisation vector inversion and susceptibility inversion modelling completed along with the construction of a 3D geological model. The high-resolution data has enabled the positioning of individual exploration holes.

Drilling is being undertaken by Eagle Drilling NQ Pty Limited of Charters Towers using a track-mounted UDR 650 rig. Drilling will comprise mud-rotary to cut through the post-mineral sedimentary cover to the base of the unconformity with the Proterozoic basement target rocks, followed by diamond drilling to test the individual targets. This drilling methodology is the same that the company has been successfully employing for its Northern NSW porphyry Cu-Au project. Core from Carron will be cut in Mt. Isa and assayed by ALS laboratories in Townsville.

In December 2020, the company completed two scout drill holes to determine the viability of the orogenic gold geological model when a rig became available on short notice immediately prior to the onset of the northern Australia monsoon season.

Drill hole CADH001 tested an intrusion-associated target inferred to be a potential porphyry breccia located in the southeast of the project area which returned no results of significance.

While gold assays from CADH002 were only weakly anomalous, they have a strong association with elevated base metal geochemistry, indicative of Croydon style mineralisation. The best gold intersection from CADH002 was 1m grading 0.23g/t Au and 2.01 per cent zinc from 205 to 206m downhole.

The results from CADH002 have shown that the interpretation of the magnetic data and the geological model pertaining to the adjacent Carron project area being analogous to the Croydon Goldfields appears to be correct. Hole CAD002 has provided additional confidence for the drill testing currently underway. 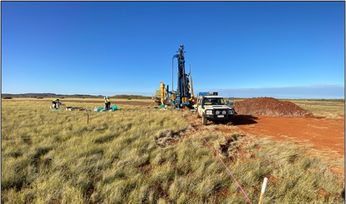 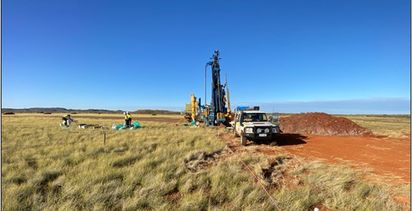