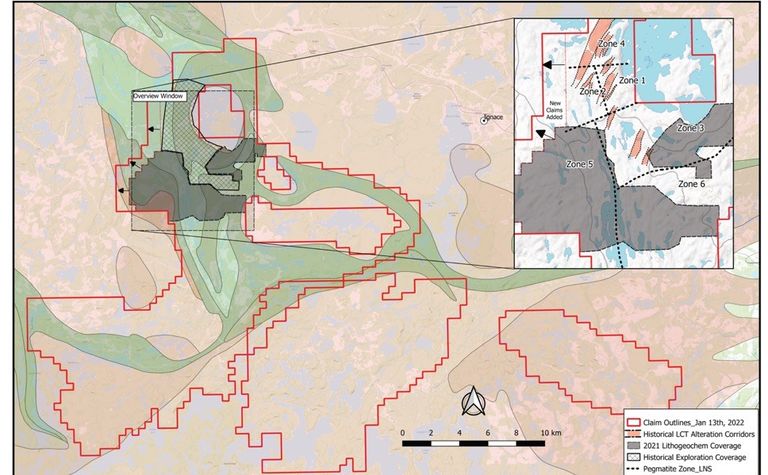 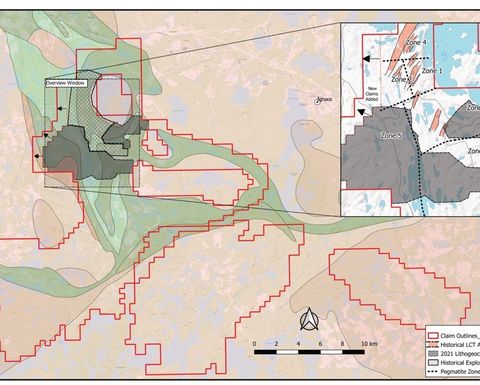 The first work of the 2022 programme calls for core drilling up to 5,000m beginning at the end of February 2022. The programme is designed to be carried out in two stages with the first stage focused on drill targets identified in Zones 1-3 for which drill permits already exist. The stage 1 work will also include some infill drilling at Pegmatites 1 and 3 to define the mineralised zones previously encountered there in more detail.

The stage 2 work will carry on after additional permitting is approved in and around the mineralised areas of Zone 1 and the newly discovered targets in the very promising Zones 5 and 6. As previously announced, Zone 5 is a structural corridor running from spodumene-bearing Pegmatites 1 and 3 toward the Two Mica granite, which is believed to be the source rocks for the lithium, tantalum, caesium and rubidium mineralisation on the property. The recently completed lithogeochemical survey confirmed Zone 5 to be a high priority target area for drilling. Zone 6 is an entirely new target area that was identified from the lithogeochemical survey and contains the highest caesium assays reported from that programme.

The company is also planning to conduct an airborne geophysical survey in the first half of 2022 over the entire 48,500 hectare Raleigh Lake project area.

John Wisbey, Chairman and CEO of International Lithium Corp. said: "International Lithium Corp. is now well funded with around CAD$13 million (US$10 million) of net cash and marketable securities. This means that we have the resources to conduct a significant exploration programme at Raleigh Lake and adjoining claims in the next year and beyond, and in addition that we have sufficient cash to invest in other projects.

"The Raleigh Lake lithogeochemical results announced on 17 January 2022 were highly encouraging and, of course, the hope is that this drilling programme will reinforce our confidence over the potential of these claims, especially once we also drill Zones 5 and 6." 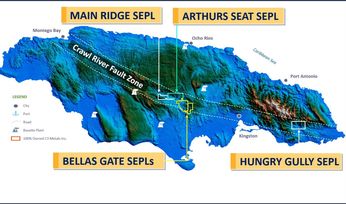 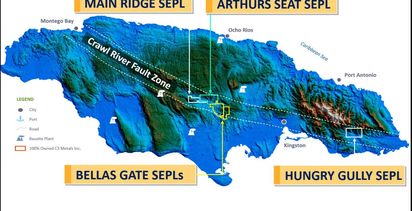