Three drill rigs have now been mobilised on-site at Southern Palladium’s Bengwenyama PGM project located on the Eastern Limb of the Bushveld Complex, South Africa. As part of the Phase 1 drilling programme the first drill rig has commenced drilling and preparations are on track for the other two rigs to commence drilling shortly. 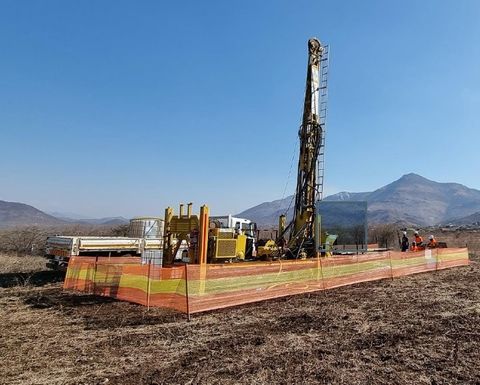 The Phase 1a programme will comprise a wider spaced drilling grid (~750m grid), consisting of the initial 31 drillholes. The aim of the programme is to confirm and refine the existing 3D structural model for the shallower areas on the Eastern portion of the farm Eerstegeluk 327 KT.

This will be followed by the Phase 1b programme (32 drillholes), which will comprise infill drilling across a narrower drilling grid (~350m grid).

Infill drilling will improve the confidence in the grade distribution and is aimed at converting the targeted shallow portion of Eerstegeluk 327 KT to a JORC 2012-compliant Indicated Mineral Resource.

The drill rigs that have been deployed for the Phase 1 programme are equipped to drill the shallower areas where the depths are expected to range from approximately 60m to 550m, with an average depth of around 288m.

The Atlas Copco is the first to start drilling and is drilling drillhole E019 which has an estimated end of hole depth of 320m. Drillhole E060 and E062 will follow with expected depths of around 60m and 130m respectively. 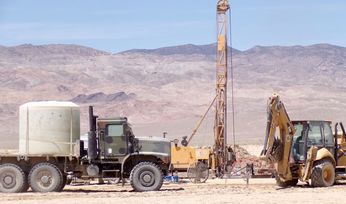 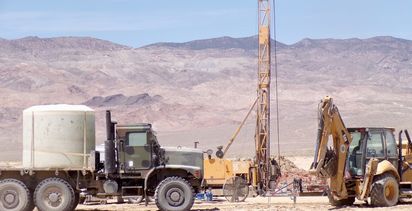