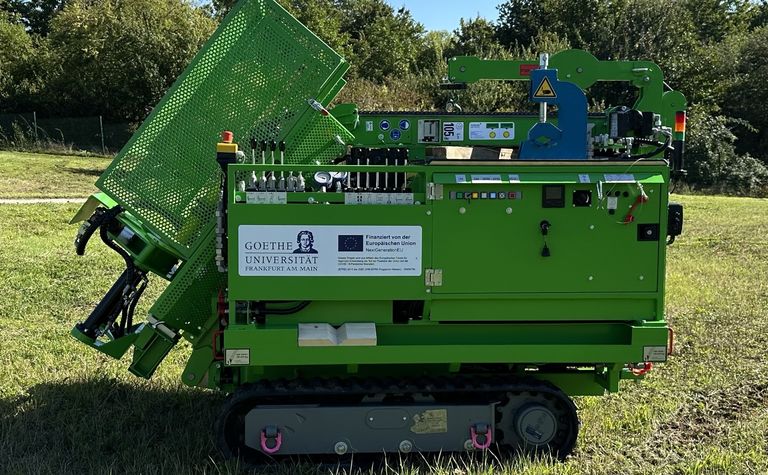 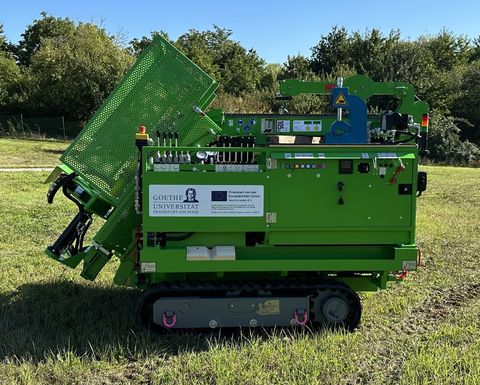 The GTR 1100 3Z has been developed by Nordmeyer GEOTOOL to cover all aspects of soil investigation and is now being put to work in Germany by a team from the Institute of Physical Geography at Goethe University.

The most important task of the new GTR 1100 3Z is to be able to continue working even if a rock layer appears. For this reason, the machine can also work with a Coredrill-head which works with 900Nm, 300rpm and 25-bar water pressure to extract cores with a 76mm double core rod in even the hardest rock. Since Taunus quartzite is very common in the vicinity of the university in Goethe this was no problem for the machine.

The new machine is also equipped with various interchangeable attachments that can be used for different drilling methods. All of the attachments can be changed using the winch and the foldable mast. Changing two attachments takes no more than 90 seconds with a skilled operator.

The attachments include a drop weight unit that can work with the common methods DPL, DPM, DPH and SPT. The machine also comes with a drop weight unit weighing 128kg to pull cased window sampling tubes to undisturbed soil samples. The machine can also work with a rotary drill head, which drills with 2500Nm and at a maximum stroke of 2300daN pull up and down, as well as a hydraulic hammer that enables fast window sampling.

To pull the rods or augers out of the ground, either the hydraulic lifting and clamping jack, which is integrated into the mast but can be removed or the hydraulic jack can be used.

The GTR 1200 3Z combines all of the most common drilling methods and can be moved to its working location by a radio remote control. The machine is compact and as it weighs only 2t it can, therefore, be transported in a car trailer, which is a significant advantage over similar rigs from competitors. Thus, the machine allows soil investigation companies to do the complete job and avoids waiting for subcontractors who must check how deep the rock layer is.

Nordmeyer GEOTOOL's GTR 1200 3Z is powered by a three-cylinder diesel engine and is equipped with a hydraulic system with a pressure of less than 200-bar. All of the functions of the machine are quickly accessible via separate elements and levers on the operating side. In addition, all attachments are connected via quick couplings.

Therefore, the GTR 1100 3Z is equipped with everything you need to get the job done.

What are the different techniques of slope stabilisation and why does it matter which is used? 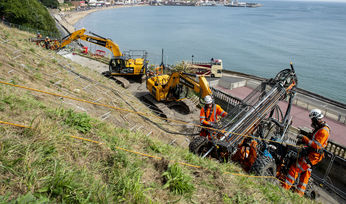 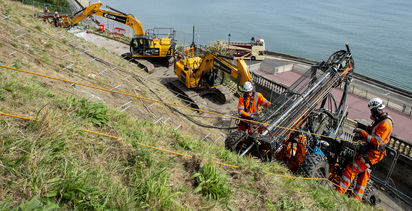