Granite from Cornwall will be examined by scientists from the British Geological Survey (BGS), Heriot-Watt University (HWU) and the Camborne School of Mines at Exeter University as part of a £1.8 million (US$2.38 million) project, Geothermal Power Generated from UK Granites (GWatt), in order to help UK increase its use of geothermal energy. It is funded by the Natural Environment Research Council (NERC). 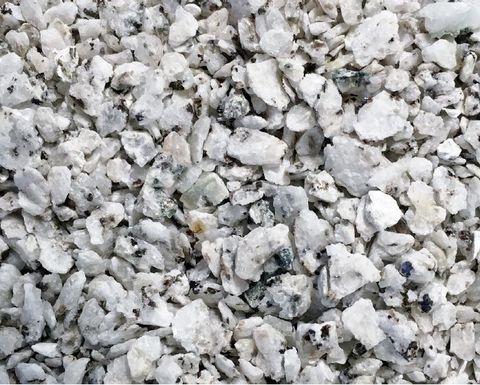 The study follows on from the £18m the United Downs Deep Geothermal Power (UDDGP) project near Redruth, where drilling began in late 2018 in order to try and source enough geothermal energy to provide electricity for 3,000 homes.

Along with the team from BGS, HWU and Exeter University, industrial partners Geothermal Engineering Limited, GeoScience, and Computer Modelling Group, will work together with the Cornwall and Isles of Scilly Local Enterprise Partnership on a new project that will give south-west England and the wider UK the knowledge it needs to harness the abundant geothermal energy beneath its surface.

Geothermal is a priority area of research for NERC and the BGS and is part of their portfolio of research into decarbonising the energy system. In 2018 drilling began at the Glasgow Geothermal Energy Research Field Site, to enable research into Glasgow's geology, underground water systems and the potential for the use of heat from the water in its disused coal mines. Data is also being collected from the water contained in gravels beneath Cardiff so that their potential for geothermal district heating can be assessed.

Dr Chris Rochelle, a geochemist at BGS, who is leading the GWatt project said: "Geothermally-generated electricity is a carbon-free, renewable source that is available all the time, unlike wind and solar. Knowledge gained from GWatt could help switch on investment in this abundant source of renewable energy by reducing uncertainty around the geology and demonstrating to investors that these systems are worth funding.

"The granites of South West England have the highest subsurface heat flow of any rocks in the UK, which leads to the highest temperatures at depth. We will be working with the UDDGP project in Cornwall, which will give us access to unique sets of new data from depths of up to 4.5 km. We will be carrying out innovative tests and analyses that will prove the potential for geothermal not just on that site, but across other granites in SW England and the wider UK.

"The knowledge gained from GWatt could underpin a new geothermal industry for the south west of England and have an impact in the rest of the UK and internationally.

"The data we collect for granite, coupled with increased confidence in the performance of computer models, could also tell us how limestone and sandstone will behave in geothermal settings, which means we could apply this learning to sites across the UK and beyond."

Peter Ledingham, UDDPG project manager, said: "It has been known for decades that the heat-producing granites of SW England represent a significant untapped geothermal resource.

"The wells drilled at UDDGP will be almost twice as deep as any drilled in Cornwall before and will test the concept of developing geothermal systems within a natural fault structure.

"The success of this, and future, projects will depend on understanding the mechanical, hydraulic and geochemical characteristics of the target structures and work carried out under the GWatt programme should contribute significantly to that understanding." 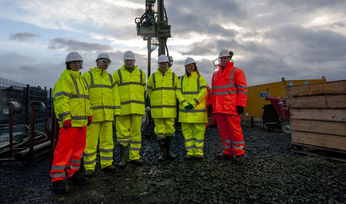 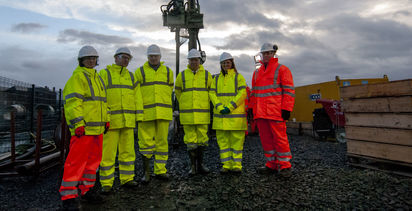