GreenFire Energy Inc. has completed construction and is beginning testing of the world’s first field-scale demonstration of a closed-loop geothermal power system. The technology being used has been named ECO2G by GreenFire. 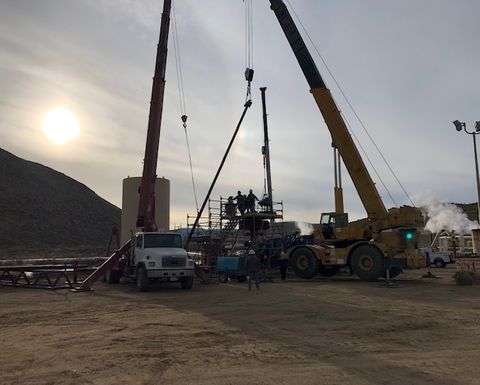 The project uses an inactive well in the Coso, California, USA, geothermal field. Acceptance testing of key components is in process and active flow testing will begin in late April. A final report of testing results will be made available to the California Energy Commission and project participants later this year.

"This project will be a major milestone in the development of closed-loop geothermal power generation," said Joseph Scherer, CEO of GreenFire Energy.

"We have been working with the California Energy Commission, our project partners, and the Coso Operating Company for over two years to demonstrate how closed-loop geothermal technology can overcome the difficult issues that have limited geothermal power generation, both in existing and new geothermal projects."

GreenFire's project will demonstrate and test two approaches to closed-loop geothermal. The first is the use of GreenFire's ECO2G technology to retrofit nonperforming or underperforming hydrothermal wells to become more productive. GreenFire will allow geothermal steam and brine from the geothermal resource to be produced, while simultaneously circulating water and then supercritical CO2 (sCO2) as working fluids in a downbore heat exchanger.

In addition, the use of the technology in hot dry rock formations for large greenfield projects will be tested. GreenFire will circulate both water and then sCO2 in the downbore heat exchanger under static resource conditions. The conceptual simplicity of closed-loop systems in such formations is inherently appealing because a sealed downhole heat exchanger obviates the need to deal with the full subsurface complexity. Drilling risk is reduced because intersecting natural fractures with flowing water is not essential and the problems associated with maintaining water circulation through rock are avoided. Further, a closed-loop system in hot dry rock reduces the problems of corrosion, non-condensable gases, chemical reactions, and particulates.

GreenFire's chief technology officer, Brian Higgins, said: "The physical aspect of the project is conceptually straightforward. GreenFire will insert a tube-in-tube heat exchanger into the well to a depth of 1,000ft. Testing will compare the performance of water with sCO2 as working fluids in a closed-loop system. Test results will be compared to our proprietary models which were developed in conjunction with research done in-house as a result of four years of research with the US Department of Energy, national laboratories, and a variety of expert consulting firms." 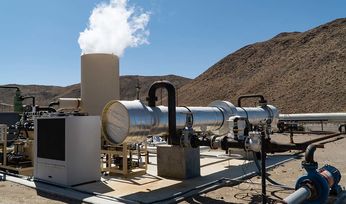 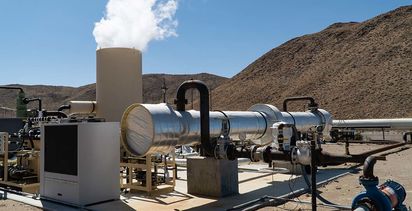