The Ministry of Trade, Energy and Employment in Dominica and the Dominica Geothermal Development Company have announced the commencement of well testing on the site of a new geothermal plant. The project will drive the country's energy mix to 51 per cent renewables. 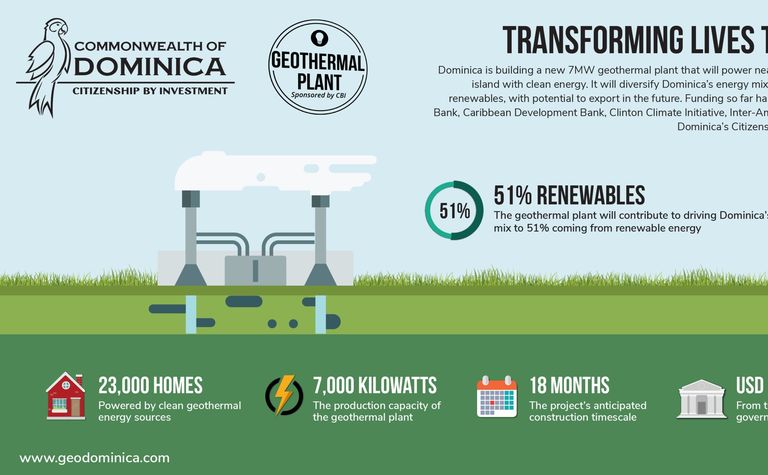 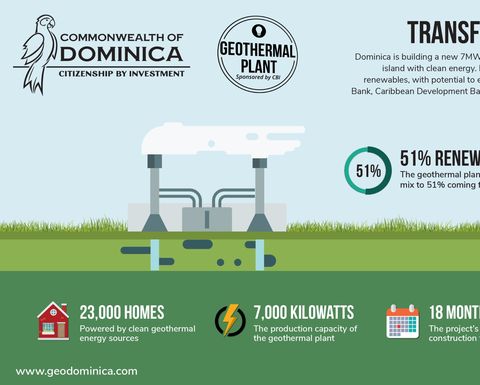 Dominica's world-leading Citizenship by Investment (CBI) Programme co-sponsors the country’s new geothermal plant, along with other eco-conscious initiatives on the island

Dominica's Citizenship by Investment (CBI) Programme co-sponsors the new geothermal plant, along with other eco-conscious initiatives on the island.

As a volcanic island famous for its hot springs, Dominica is harnessing its geothermal potential responsibly for a sustainable economic model. Exploratory programmes have been carried out extensively, with the Dominican government now securing enough capital from both internal and external sources to commence construction.

Energy minister Ian Douglas says that the new geothermal plant, "will benefit all sectors of productive activity in Dominica." It will initially generate 7MW of clean energy able to supply 23,000 homes across the island, which represents nearly the whole Dominican population.

Eventually, Dominica has the potential to be a net exporter of green energy, for example, to nearby French territories Martinique and Guadeloupe via submarine cables.

Funding for the development of the geothermal industry in Dominica came from various sources including the European Union, the Inter-American Development Bank, the Clinton Climate Initiative, the Caribbean Development Bank, the World Bank, the British government, and Dominica's own Citizenship by Investment (CBI) Programme. The latter enables highly vetted foreign investors to obtain Dominican citizenship in exchange for a US$100,000 minimum contribution to the Economic Diversification Fund (EDF) or an investment of at least US$200,000 in pre-approved luxury real estate that also props Dominica's blossoming ecotourism.

With a clear focus on sustainability, Dominica made future-proof reinvestments from the CBI Programme, particularly from the EDF, into its energy security, infrastructure and housing reinforcement. This puts the country on track to become "the world's first climate-resilient nation," as pledged by prime minister Roosevelt Skerrit after Hurricane Maria hit the island in 2017. 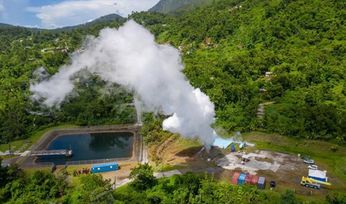 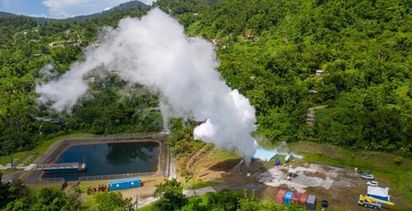