Construction of a 20km geothermal district heating pipeline is underway in rural South Iceland to the small town of Höfn. 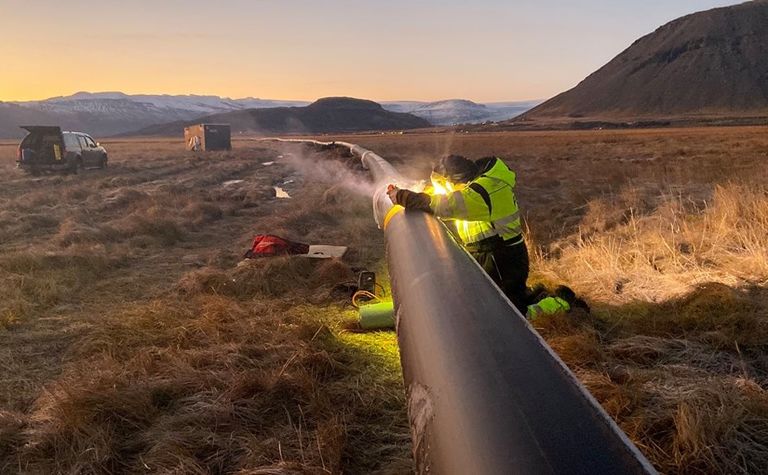 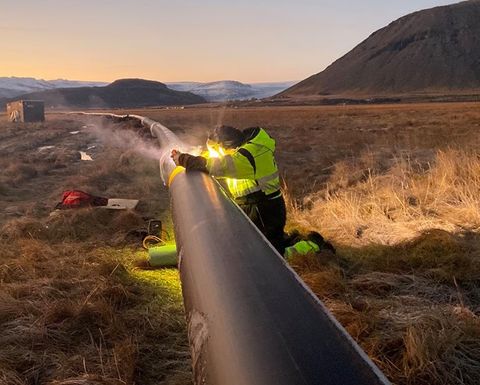 Construction has begun on an underground geothermal heating pipeline to Höfn, South Iceland

Rarik, the state-owned utility company running the project, has drilled exploration and production wells. Now there is enough hot water available for Höfn construction has begun on the excavation of the nearly 20km long trench to the town along with pipe laying. Mannvit is supervising the construction work for the new pipeline.

The majority of the residents of Höfn in Hornafjörður, South Iceland will receive the hot water from the new geothermal heat utility at the end of this summer and new users will be connected to the utility in Höfn and in the countryside in the first half of 2021.

Tryggvi Ásgrímsson, Rarik's technical director, said that pipes have been laid for the prospective storage tank at the geothermal source in Hoffell. Construction of foundations are underway as well as pumping facilities. "I hope we can get the hot water into the pipeline in August," Ásgrímsson said. "All houses in the town of Höfn will have the opportunity to connect to geothermal heating and 50-70 houses in the neighbouring rural area of Nesjum, a total of about 600-700 houses."

Rarik operates a district heating utility in Höfn, which is connected to about three-quarters of the population. They are expected to be connected to the new geothermal heating at the end of August 2020. 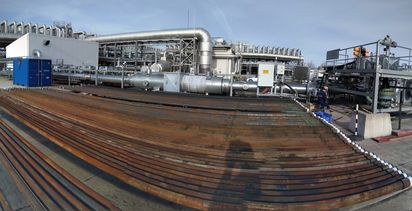