Is it possible to drill a 3,000m deep geothermal well?

Researchers at the University of Geneva (UNIGE), Switzerland, working in collaboration with the University of Florence and the National Research Council (CNR) in Italy, have studied the seismic activity linked to a geothermal drilling in search of supercritical fluids. 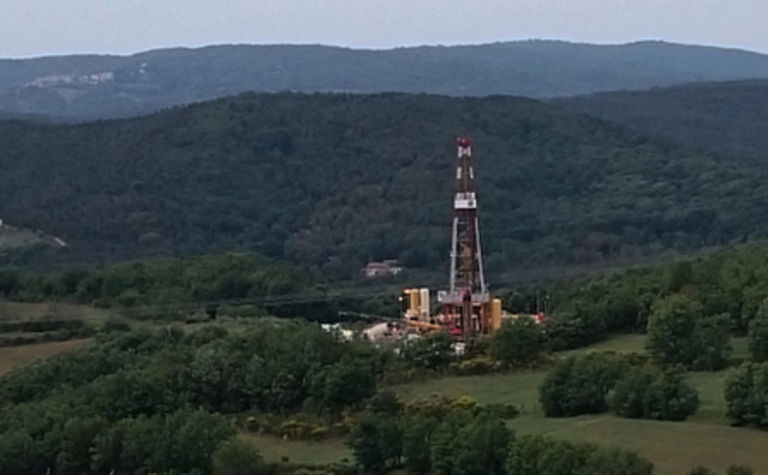 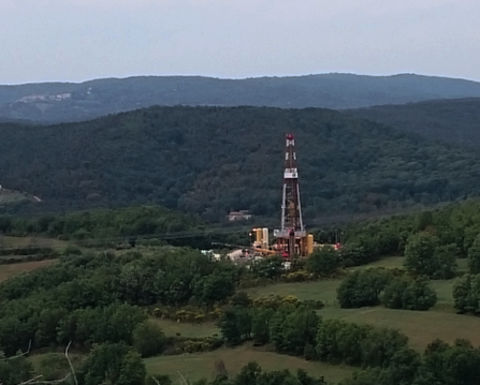 View of the Venelle-2 well, which was designed to sample supercritical fluids in Italy

They discovered that the drilling did not cause uncontrolled seismic activity. This drilling under such critical conditions suggests that the technology is on the verge of mastering geothermal energy, paving the way for new sources of non-polluting heat and electricity.

A number of countries, including Switzerland, are already exploiting geothermal energy to produce heat from shallow wells. Until 1,500m such technology normally presents little risk. "To generate electricity, however, we have to drill deeper, which is both a technological and a scientific challenge," said Matteo Lupi, a professor in the Department of Earth Sciences in UNIGE's Faculty of Science. "Below these depths, the stability of the drilling site is more and more difficult and poor decisions could trigger an earthquake."

The Larderello geothermal field in Tuscany - the world's oldest - currently produces 10 per cent of the world's total geothermal electricity supply. At about 3,000m below the surface there is a geological layer marked by a seismic reflector, where it is thought that supercritical fluids may be found. Supercritical fluids yield an enormous amount of renewable energy. The term supercritical implies an undefined phase state - neither fluids nor gaseous - and boast a very powerful energy content.

"Engineers have been trying since the 1970s to drill down to this famous level at 3,000m in Larderello but they still haven't succeeded," explained Riccardo Minetto, a researcher in UNIGE's Department of Earth Sciences. "What's more, we still don't know exactly what this bed is made up of: is it a transition between molten and solid rocks? Or does it consist of cooled granites releasing fluids trapped at this level?"

As technology becomes ever more sophisticated, geothermal drilling in search of supercritical conditions has once more been attempted at Larderello-Tavale. The aim? Deepening a wellbore a few centimetres wide to a depth of 3,000m to tap these supercritical fluids.

"This drilling, which formed part of the European DESCRAMBLE project, was unique because it targeted the suggested transition between rocks in a solid and molten state," continued Lupi.

The Geneva team set up eight seismic stations around the well within a radius of 8km to measure the impact of the drilling on seismic activity. As the drilling progressed, the geophysicists collected the data and analysed each difficulty that was encountered.

"The good news is that for the very first time, drilling in search of supercritical fluids caused only minimal seismic disturbance, which was a feat in such conditions and a strong sign of the technological progress that has been made," explained Lupi. His team used the eight seismic stations to distinguish between the natural seismic activity and the very weak events caused by the drilling.

The threshold of 3,000m, however, was not reached. "The engineers had to stop about 250m from this level as a result of the extremely high temperature increase - over 500 degrees. There's still room for technical progress on this point," said Minetto.

This study indicates that the supercritical drilling went well and that the technology is close to being mastered. "Until now, anyone who had tried to sink a well in supercritical conditions did not succeed because of the high temperatures but the results here are extremely encouraging," said Lupi.

How our geothermal drilling technology works