Taras Olijnyk, CTO of Strada Global provides an insight into how the company has turned two proven technologies into one geothermal drilling methodology – a patented water hammer system, that uses dual circulation techniques to improve drilling speed and performance. 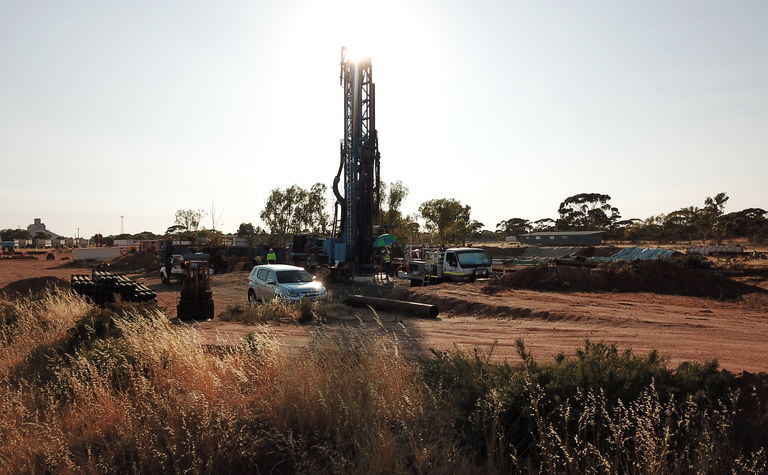 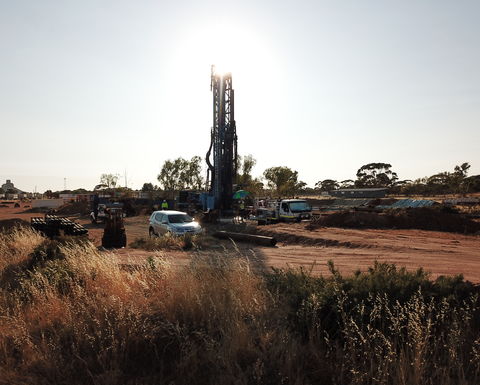 I started my career designing water hammers 30 years ago, fresh out of university and without any knowledge of established mud rotary or air percussion designs. In some ways, I think this gave me a fresh, unbiased perspective when I began my career in the design and development of down-the-hole (DTH) water hammers.

As part of this work, one of the criteria was that the hammer had to recycle approximately 70 per cent of the driving water and bleed 30 per cent off for hole cleaning. The main concern was about the amount of water a water hammer would introduce into a mine site, that would ultimately have to be pumped out to prevent flooding. I soon realised that we required 100 per cent and more water to clean the hole effectively.

Later a bypass sub was introduced above the hammer to bleed off more water than the hammer could consume. This was really a band-aid to the real problem and changes to the water hammer were not economically viable at the time.

Without efficient cutting, clearing or the ability to stabilise the hole pressures with clean water, clients insisted the water hammer be powered by drill muds. It amazed me to see how the abrasive nature of the particles suspended in the drilling muds could gouge through the hammer components in such a short period of time, rendering them useless and unrepairable.

This experience led me to seek out specialised coatings to combat the issue to extend the life of the hammer to an acceptable level. At the time, one such coating was a tungsten carbide cladding, applied by a company in the USA. It was the ultimate wear-resistant material that could be applied to the bores of the tool. Unfortunately, manufacturing involves pre-machine, coat, heat-treat and grind, all quite a costly, and the lead times were horrendous.

When these high-tech coatings were subjected to high pressure and velocity drilling muds, the hammer components still did not stand a chance; channels were ripped in the tungsten eroding them significantly. It did not extend the life of the hammer to an acceptable level - much to the disappointment of myself and my then clients.

Drilling with muds has a long history and has proven to be the safest method to drill deep wells. I realised that to drill these holes on water alone and risk personnel safety and loss of hole just to gain the benefit of a faster penetration is not acceptable. I began to lose hope about the future of water hammer percussion drilling.

Years later, I was invited to demonstrate that same fluid hammer in a geothermal well in Finland for Strada Global. I was told they were trialling a dual circulation or twin fluid drill methodology, and I had my light bulb moment. They separated the two fluids; one clean water to drive the hammer without wearing it out and the other for drilling muds to cover the safety aspect and hole cleaning.

Could such a straightforward solution be the answer to all the problems I had faced over the years? I eagerly joined the Strada team to share my designing expertise and apply it to this original but simple idea.

It takes advantages and safety aspects of drilling with mud fluids

Strada Global's patented Fluid Hammer Operating System (FHOS) combines the benefits of two proven technologies and their methodologies into one system. It takes advantages and safety aspects of drilling with mud fluids, which are well understood in the mud rotary system, and combines them with the high penetration rates in hard formations found in hammer percussion drilling systems.

The combination is largely addressed by utilising two fluids that are separated until they reach the cutting face of the borehole. Clean, fresh or saltwater is pumped down to drive the Strada's fluid hammer, and separate drilling muds are pumped down to lift the cuttings, stabilise the hole and to control the pressures of the formation. This is achieved by the utilisation of a dual wall drill string and a hollow hammer, to create two separate pipes delivering the clean water to power the hammer and drilling muds to the cutting face. The two fluids then mix at the cutting face and combine to carry the cuttings to the surface.

With clean water available to drive the hammer, performance is increased, and wear is dramatically reduced, increasing overall efficiency and life of the hammer.

Strada's hammer flow rate requirement is designed to be minimal and run very efficiently. This is because it does not have the requirement to pass large volumes of fluid through it to satisfy the hole cleaning requirements. The drilling muds pumped down the second pipe to the cutting face take care of that.

With higher penetration rates, more cuttings are suspended and need to be cleared from the hole. With the patented multi-fluid system, the operator has the ability to vary the flow rate, density or add additives to the drilling mud line for efficient, effective hole cleaning. It also can be operated in an under balance or over balance well situations without affecting the hammer performance or life.

Drilling with muds is a well-understood, mature and safe technology; its principles directly apply to Strada's FHOS, and hence mud engineers can apply their knowledge to the mud mixture without prior learnings.

Strada's drill string is made up of a pipe within a pipe, creating one of the flow paths as an annulus. Generally, the driving fluid for the hammer is delivered through the annulus of the dual-wall drill string. Being the tighter, more flow restrictive bore than the inner bore, the hammer's consumption has been designed to a minimum so as to not cause an unacceptable pressure drop over the large depth requirements for this type of drilling. The denser drilling mud travels down the unrestrictive inner pipe to deliver the much higher volume of mud requirement directly to the drill face.

The drilling mud exiting the hole at the surface is diverted to a solids control system, which removes drill cuttings from the circulated fluid. It does this by passing it through a series of gravity and centrifugal separation processes, such as shaker screens and de-sanders, or gravity separation tanks, before it is separated to either mix with mud additives or recycled to feed the hammer again. These items are not new, and most mud rotary rigs will be equipped with this equipment.

Strada's FHOS can also easily be adapted to most drilling rigs. The main item that is required is our rotary swivel. We have designs for a swivel-mounted on top or below the top drive that can be adapted to customer rig requirements.

I am incredibly excited about the potential the FHOS is showing already. At Strada Global, we all believe that we have overcome the pitfalls of the two widely used drilling systems used in the drilling industry. We have combined the best qualities and safety essentials of both them and addressed them in our one patented dual circulation percussion drilling system.

In 2016, using air hammer technology coupled with experience, the Strada team was able to drill to 4,520m in the hardest rock formations in Finland in just 89 days.

Now final testing has been completed in Australia in where Strada was able to demonstrate the advantages of its unique Fluid Hammer Operating System (FHOS), allowing a significantly higher drilling rate in hard rock, deeper drilling capability and better safety due to downhole condition controllability.

The important final testing results follow the approval of Strada's patented system by the Lloyds Register, which found that the new technology could achieve depths of over 6,000m and was capable of reducing drilling costs by up to 70 per cent in comparison to existing technologies, due to quicker drilling, longer drill bit life and reduced mobilisation costs.

Talking about the testing, Strada's CEO, Ben Strange, said: "Geothermal energy has the greatest potential of any renewable resource on the planet today. Until now, it has been one of the least used. Strada is incredibly excited to launch a proven drilling solution that can disrupt global energy markets by unlocking previously unattainable geothermal resources, anywhere in the world. Our patented technology has the potential to solve the world's electricity, district heating, cooling and clean water needs, all from a renewable resource." 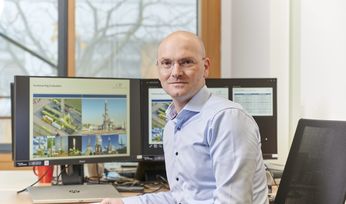 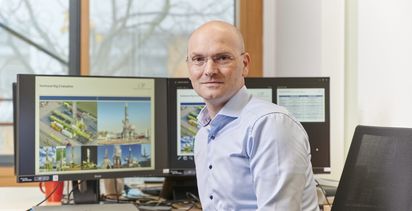