An interdisciplinary team of experts from research and industry has set itself the ambitious goal of developing a fast and cost-efficient drilling system for geothermal projects. 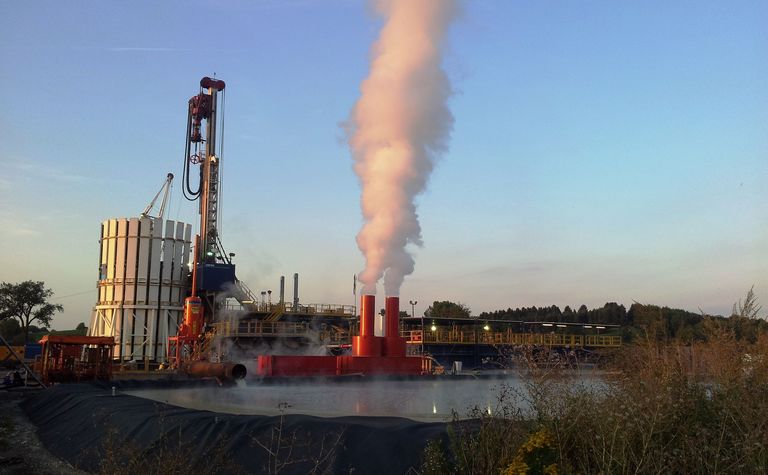 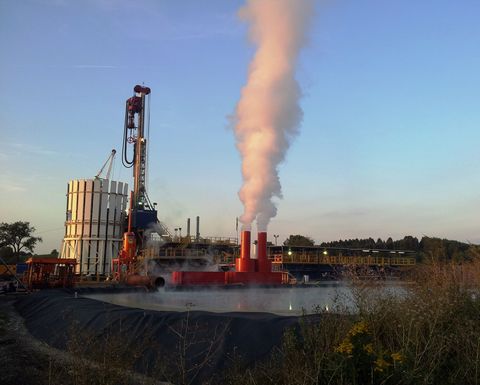 Enhanced geothermal systems (EGS) have the potential to become a cornerstone of Europe's future renewable energy strategy. EGS can provide baseload energy 24 hours a day with near-zero carbon emissions and can be implemented almost anywhere in the world. Favourable locations normally lie at depths of between 3,000 and 5,000m below the surface, usually in hard rock formations such as granite. As drilling costs rise exponentially with increasing depth, they represent the main cost drivers of geothermal plants, typically accounting for more than half of the investment costs.

In order to make geothermal energy more attractive, there is a need to provide cost-efficient and novel deep drilling technologies and concepts which increase the number of economically viable geothermal projects in Europe and the ThermoDrill consortium has been formed in order to meet this challenge.

Through the ThermoDrill project, it is hoped to develop a fast and cost-efficient drilling system based on an innovative combination of conventional rotary drilling and water jetting and achieve at least a 100 per cent increase in the rate of penetration in hard rock, and an associated cost reduction of more than 30 per cent.

The ThermoDrill project is working on ways of taking the tension out of the rock in front of the drill bit to allow the bit to erase and break the rock surface easier and faster. The technology planned to be used to achieve this goal is "water jetting". The ThermoDrill project aims to prove that this technique, combined with traditional drilling operations, fulfils the rapidity increase and the cost reduction goals. 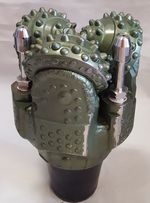 Due to the global complexity of the ThermoDrill system, one of the principal concerns of the development of it was trying to keep it as simple as possible to implement and operate. Many studies, simulations, laboratory tests and expert deliberations have been made to make the prototype designing phase possible.

The development of the ThermoDrill system started from the initial ‘jetting' idea, leading systematically to the real condition test phase of the prototype.

The question that had to be answered at the beginning of the project was, "Is the jetting really damaging hard rocks?" And if so, what is the influence of the different jetting parameters (pressure, temperature, nature of fluid, angle of jetting stream, standoff distance etc) on the final resulting damage of the hard rock surface?

To answer this question, numerical models, and laboratory tests have been conducted. As a first result, the jetting proved to be efficient to damage hard rock samples. The simulations showed that the jetting pressure needs to be approximately 4,000-bar. The angle of the jetting stream should be orthogonal to the rock surface and not deviate too much from this trajectory to ensure effective damage.

The second major question was "Will the jetting process damage the hard rock under real deep underground conditions?" To answer this question, the consortium proposed a representative model of what would be deep hard rocks drilling conditions: 3km depth, 300 bars of confining pressure, abrasive and massive granite, 150C, diameter of 8in, etc.

Further models and laboratory tests have been made, taking into account these new parameters. The uncertainties of the results increased slightly due to the complexity of the numerical models and the impossibility to reproduce exactly the downhole conditions in the laboratories.

Finally, the literature review showed that jetting technology should work in real drilling conditions. Some adjustments and tests on the high-pressure system showed that the assumed jetting pressure is effective even at higher nozzle diameters.

Once it is known that the technology should work, an essential part of the research is the design phase of the prototype. This phase is conducted to see how the technology can be included in a conventional drilling system.

The numerical models are continuously adapted to the new designs in order to asses that the current version of the prototype is still compatible with the jetting technology, and that the capacity of the ThermoDrill drill bit is not altered. Other simulations are developed to be sure that the newly designed ThermoDrill tool is compatible with the conventional drilling technology.

In order to intensify the pressure from the hydrostatic pressure of the moving mud column inside the drill string to up to a significant high pressure and pass this through to high-pressure nozzles in the drill bit, to be able to effectively jet the bottom of the borehole, a downhole pressure intensifier (DPI) is needed. A schematic illustration of the ThermoDrill system

The installation of the DPI in the collar must allow for the majority of the flow to pass around the intensifier. The volume of fluid required by the intensifier will be drawn directly from the fluid flow. The high-pressure fluid will exit through high-pressure nozzles housed in the drill bit.

The DPI will be housed in a purpose-built collar, directly above the drill bit and contain one pressure intensifying system. This intensifier will lead to a single high-pressure outlet at the base of the collar to be connected directly to the high-pressure connection of the bit.

As no directional tool and no MWD system will be implemented in the BHA, it will be necessary to run a gyroscope on wireline in the drill string before tripping out of the hole in order to check the bottom hole location. This measurement will help to determine the efficiency of the BHA. Thus, a UBHO (universal bottom hole orientation) sub will be integrated in the BHA above the stabiliser. This acts as a landing sub for the gyro to seat in when it is run in on the wireline.

The ThermoFluid developed by TUM consists of sepiolite, a natural magnesium silicate clay belonging to the group of phyllosilicates with the chemical formula of Si12Mg8O30(OH)6(OH2)4·8H2O. It forms needle-like particles. The non-swelling needles can aggregate and associate to form a random network which is responsible for the viscosifying effect. ThermoFluid is prepared by mixing the sepiolite with water. Salt is then added, and the drilling fluid is mixed again. The pH value is adjusted to ~10.5.

The sepiolite system possesses thermal stability at least up to 150C as it maintains a low plastic viscosity and high low shear rheology which indicates high carrying capacity and therefore good hole cleaning property, even at 150C. The rheological properties are exceptional, regardless of the salt used for weighting, though it performed best with KCl.

Besides the stability under circulating (dynamic) conditions, the ThermoFluid also exhibits exceptional carrying capacity under static conditions at temperatures up to 150C. This further indicates its superior hole cleaning properties. Specifically devised experiments could demonstrate that the sepiolite fluid also retains its viscosity when measured at 150C of actual temperature.

For the field tests, it has been agreed within the consortium that the testing fluid will be the RED standard K2CO3-Polymer drilling fluid and not the sepiolite system. The reason is that the potentially formation damaging properties of the sepiolite mud are still unknown. The formation in the wells to be drilled are interbedded with shale formations clays or water sensitive formations above the granite and this might lead to swelling of the formation and hole instability when using the sepiolite fluid

Furthermore, the K2CO3-Polymer fluid can be used also in the granite section and no fluid exchange is necessary. And a fluid exchange in open holes are explicitly against the standard of well engineering and oil field practices, because this can lead to a collapse of the hole open hole section due to changes in the stress regime.

The feasibility and efficiency of the innovative drilling technology was initially tested in experiments at various laboratory scales. Final field tests under real environment within an existing 1.3km deep borehole confirmed the potential of the technology, which is capable of achieving around twice the rate of penetration when compared to standard rotary drilling. Moreover, the tests highlighted that the ThermoDrill system can be integrated with existing drilling infrastructure and technology without any difficulties, thereby boosting the acceptance for its deployment as a market-ready system in future.

A considerable reduction of the drilling costs leads to substantially reduced overall capital expenditure, hence too much-improved economics of entire geothermal projects. Via the deployment of the ThermoDrill-System, cost savings of approximately 20 per cent or around €3 million are expected to be achieved, just for a single deep borehole (5,000m).

Further future advancements will bring this drilling technology to market-readiness, thereby paving the way for intensified utilisation of geothermal as an environmentally friendly alternative energy source throughout Europe and even globally. 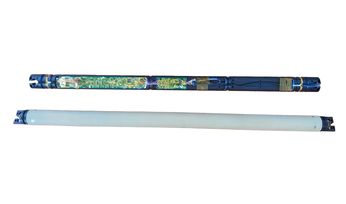 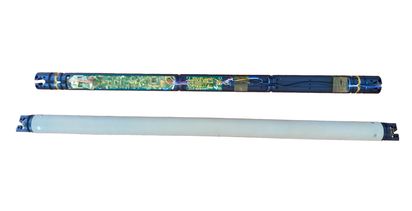