In order to increase the use of geothermal energy resources, GreenFire Energy has developed its proprietary GreenLoop closed-loop technology. 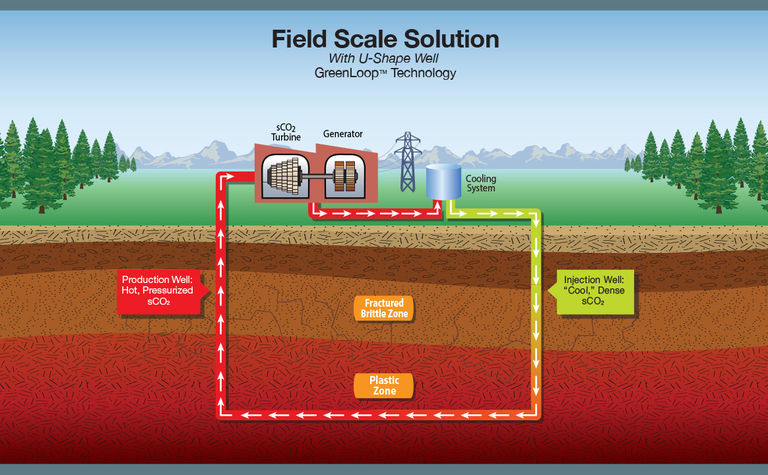 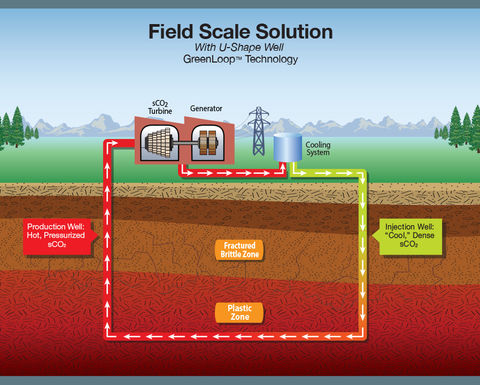 GreenLoop technology, which has been developed with grants from the US Department of Energy and the California Energy Commission, is the result of years of research conducted in concert with US National Laboratories, major universities, and experts in multiple scientific disciplines.

Geothermal energy is the world's largest potential source of clean, continuous energy but only two per cent of that energy is accessible due to the constraints of conventional open-loop technology. GreenLoop's proprietary innovations in closed-loop wells, which are based on advanced thermodynamic models to overcome those limitations, make geothermal resources available and maximise project performance.

The versatile closed-loop well architecture that is GreenLoop can be applied to existing wells, new multi-well projects, and industrial applications. GreenLoop technology can access and transport energy from the regions of hot, dry rock, where most geothermal resources reside. GreenLoop's closed-loop wells circulate selected working fluids to absorb and move heat.

The technology can also be used in coproducing geothermal or oil and gas resources for a variety of high-value applications.

GreenFire Energy successfully demonstrated its GreenLoop technology at Coso, California, USA, in 2019. This project was funded in part by the California Energy Commission, Shell Oil, the Electric Power Research Institute, and J-POWER of Japan with in-kind contributions from the Coso Operating Company and other industry partners.

During the demonstration, GreenFire was able to show GreenLoop's versatility and that it has a number of additional high-value applications, including use for mineral extraction, hydrogen production, and energy storage.

The company is now offering field-scale (expansion of production from existing geothermal projects or development of new greenfield projects) and well retrofit solutions, which leverage unproductive or degraded geothermal wells to restore energy generation, for a wide spectrum of energy providers including those in the diversified energy, geothermal, and oil and gas industries.

GreenFire Energy Inc. has appointed of Andrew J. Van Horn, PhD as director of applied research, in addition to his current role on the advisory board. Van Horn's charter is to apply GreenFire Energy's closed-loop geothermal technology to new industrial applications and to accelerate the company's product development initiatives for renewable energy. These activities will build upon the company's GreenLoop technology, intellectual property, expertise in geothermal research, and current market opportunities.

Van Horn is an expert in energy technologies, environmental markets, regulations, and policies, as the founder and managing director of energy advisory firm, Van Horn Consulting, for 33 years. In that role, he provided research and advisory services to major utilities, research institutes, government agencies, and developers of energy technologies. This work involved comprehensive analysis of energy market economics, regulatory rules, technology costs and performance, and contracts.

"Andy has a strong sense of innovation and a wealth of experience in energy technologies and markets. In a time of volatile energy markets, it is more important than ever to rapidly apply GreenFire Energy's closed-loop, hot and deep technology to high-value projects that the energy and environmental markets need," said Joseph Scherer, CEO of GreenFire Energy.