Hütte HBR 205 GT - In service without interruption for 13 years

In the course of the last year, it was brought to the attention of Hütte Bohrtechnik GmbH that one of its drilling rigs for geothermal applications with long-standing customer Geowell Erdwärme GmbH & Co. KG has been in use for 15,600 working hours and is still performing permanently on jobsites. 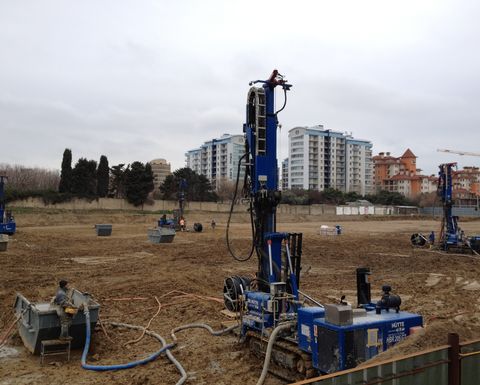 A Hütte Bohrtechnik HBR 205 GT used on geothermal projects by contractor Geowell Erdwärme GmbH & Co. KG has been in use for 15,600 working hours over 13 years

Due to always being operated by qualified personnel, professional regular maintenance and the continuous use of quality tools, the Hütte HBR 205 GT drilling rig has and continues to work like clockwork for 13 years without any problems.

Besides numerous working hours, the rig has also travelled countless kilometres. For more than six months it has been working on a large construction site in Baku, Azerbaijan, at temperatures of up to -25C. Moreover, it has also been in use on a job site in Madrid, Spain, at temperatures of up to 45C. In contrast, its 36-month stay in Copenhagen was a piece of cake. Currently, the rig is continuously drilling on a building site in Ingolstadt.

Due to Hütte Bohrtechnik well-developed European dealer network, short-term interruptions of the rig - be it in Germany or abroad - have not been a problem for Geowell, as they could be solved within a short time.

This rig is representative of a total of seven Hütte drilling rigs at Geowell. Most of the company's drilling rigs now have over 10,000 working hours and the edition of a new HBR 205 GT rig is being planned.

The Hütte HBR 205 GT has been one of the best-known, most reliable and most powerful drilling rigs for geothermal drilling on the international market for over 20 years with more than 200 systems sold since its launch. 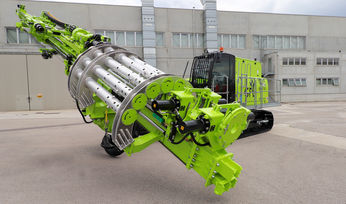 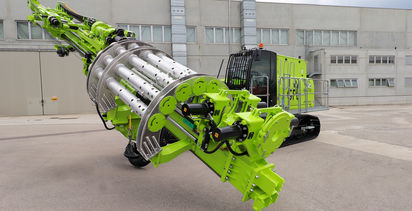