A new ‘super drill’ developed at two German universities, which uses electro-impulse drilling technology to pulverise rock with bolts of electricity, has the potential to reduce drilling costs for deep geothermal energy boreholes 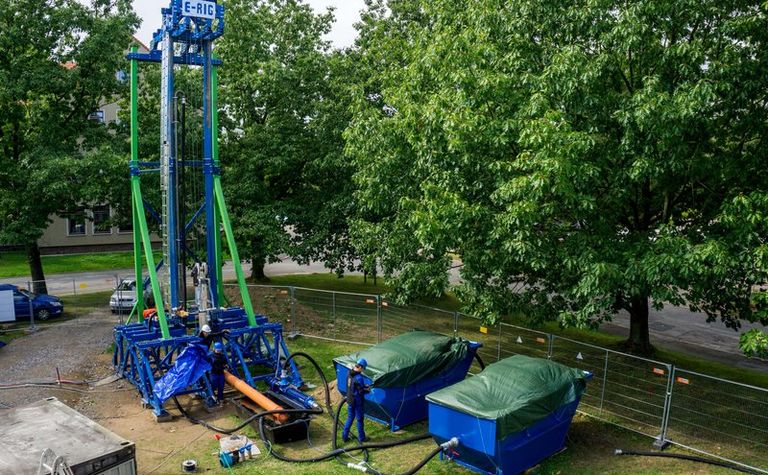 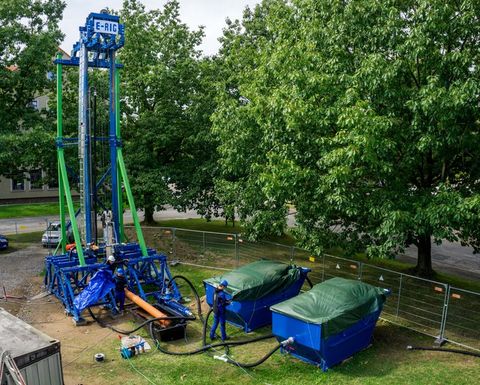 Providing energy is one of the most important challenges of our generation. Deep geothermal energy has a high potential to meet this challenge, but the production costs are still too high, particularly related to drilling.

A new drilling technique developed at Dresden and Freiberg universities has the potential to reduce the financial risks linked to geothermal projects.

The TU Bergakademie Freiberg campus was the scene of a world first on September 5 when the so-called ‘electro-impulse technique' was successfully used to destroy rock in an actual borehole with high-voltage impulses.

That the technique can be used for drilling has previously only been demonstrated on the laboratory scale. Now scientists have succeeded in testing this process in a real borehole and with positive results.

"With this success, the joint project between TU Bergakademie Freiberg and TU Dresden has made an important contribution to Germany's energy transition, while demonstrating that the laboratory-developed technique is practicable in the field," says Matthias Reich, professor of drilling technology, special underground construction equipment and mining machines at TU Bergakademie Freiberg.

With the electro-impulse technique, approximately 25 bolts of electricity (with some 500,000V) are projected into the rock per second. This corresponds roughly to the voltage with which large power plants feed their power into the grid.

The destructive effect of the method is based on high-voltage electrical discharges that are led through the material. Two electrodes are in loose contact with the borehole bottom and are surrounded by an electrical conductivity low drilling mud.

The bolts of electricity effectively blast drilling debris from the bottom of the borehole. Just like lightning, between two electrodes with dissimilar electrical potential, the discharge occurs through the rock. In the discharge channel the temperature and pressure rise so quickly and induces a splitting of the rock.

In contrast to conventional drilling bits, this technique operates without either contact or moving parts, reducing wear costs considerably. Drill pipes can be up to several kilometres in length, and normally have to be removed to change blunt drill bits before being reinserted. With the electro-impulse technique, this process is eliminated, with the time saving alone able to reduce drilling costs.

Grant-aided by the German Federal Ministry for Economic Affairs and Energy, the current project is a boon for Germany's transition to renewable energy sources. The project is the work of the Institute of Drilling Engineering and Fluid Mining at TU Bergakademie Freiberg, the chair of construction machinery at the Institute of Fluid Power at TU Dresden, the Institute of High Voltage Engineering at TU Dresden, and a range of industrial partners (BAUER Maschinen, GeoThermal Engineering, BITSz Electronics, Baker Hughes, Werner Industrielle Elektronik and ILEAG). The preliminary results are the pinnacle of some ten years of research work. 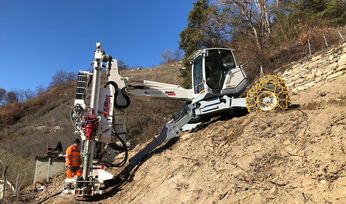 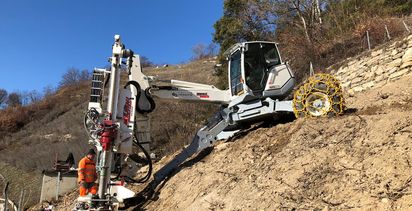