The Kensa Group has launched a funding and delivery package for new build properties that challenges the status-quo and paves the way for widespread deployment of ground-source heat pumps in new build housing. 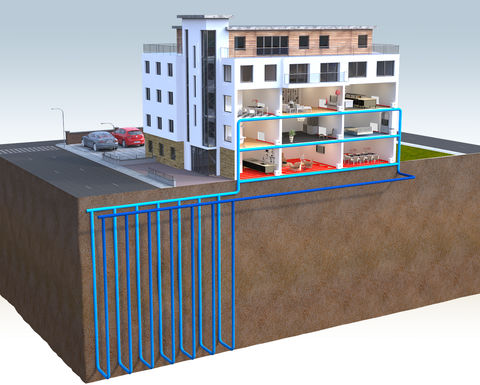 Despite the merits of ground-source technology - the lowest running costs; very low CO2 emissions; low maintenance costs; zero point of use particulate emissions; non-combustion and safe - deployment has been slower than expected because of the cost of providing the underground infrastructure; indeed, according to BSRIA in 2017 just 11 per cent of heat pumps installed were ground source heat pumps.

The UK Government has recognised the value of this 100-year infrastructure investment and has made changes to the Non-Domestic Renewable Heat Incentive (RHI) regulations with regard to deeming and split ownership making Kensa's funding mechanism possible.

"This offer should signal the end of air-source heat-pumps and gas in new build dwellings. It is widely understood that ground-source heat pumps are more efficient, reliable and durable but the issue has always been the cost of the ground array. We have now solved this problem. Kensa can fund, install, own and maintain the ground array which means this cost is no longer borne by the house builder. Very simply, we supply the underground infrastructure at zero cost," said Kensa Group managing director, Simon Lomax.

The 2018 RHI regulations included an important refinement; along with clarification regarding split ownership arrangements, for the first time, Non-Domestic RHI quarterly payments for residential properties linked to shared ground loop arrays are now based upon the deemed heat consumption taken from the energy performance certificate, prompting funders to back Kensa's offer of ground arrays at no charge to the housing provider.

Dr Matthew Trewhella, contracts director at Kensa Contracting explained: "The changes to the RHI and Kensa's funded offer eliminates the key barrier to deployment of ground-source heat-pumps which are widely recognised that, money aside, are the best heating system available. By removing the expense of the ground array Kensa is mimicking long-standing 'split ownership' arrangements in the gas sector with the underground infrastructure owned and maintained separately from the heat-pump installed inside the properties. Kensa's model sees the housing provider fund the heat-pump, which is sold with the property and maintained by the purchaser, while the ground array is fully-funded via the RHI income."

For many off-gas developments, air-source heat pumps have been a common choice, but Kensa Contracting is now offering its Shoebox ground-source model in a novel fashion which should allow house builders to specify a more appealing heating system whilst reducing build costs. According to Lomax: "Air-source heat pumps can spoil the appearance of a home, often create noise pollution issues and require planning permission for most new build applications. These problems all disappear with the Kensa solution. Better still, a ground-source heat pump delivers lower carbon emissions, which creates a clear opportunity to reduce other build costs while still satisfying building regulations; our analysis reveals significant savings are possible. Anecdotal evidence also suggests higher selling prices are possible for homes benefitting from a ground-source heat pump. Best of all, the scale of the RHI payments means Kensa is often able to subsidise the cost of the heat pump, which means the overall cost falls far below any rival heating system, including a gas combi boiler. We expect our solution to appeal as an alternative to a gas boiler, too."

To support their offer Kensa has developed a range of ultra-small and ultra-quiet Shoebox heat pumps with a capacity of 3-6kW designed to fit within the majority of new build homes. The heat pump is partnered with a hot water cylinder in a tiered single footprint arrangement requiring an 800mm x 800mm cupboard. Typical efficiencies exceed 300 per cent which means householders benefit from ultra-low running costs with further savings expected once time-of-use electricity tariffs become commonplace. The installations can also provide passive cooling during summer. 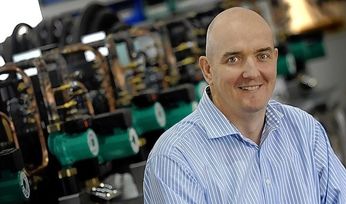 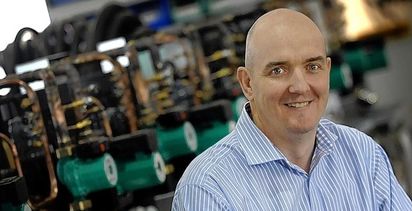