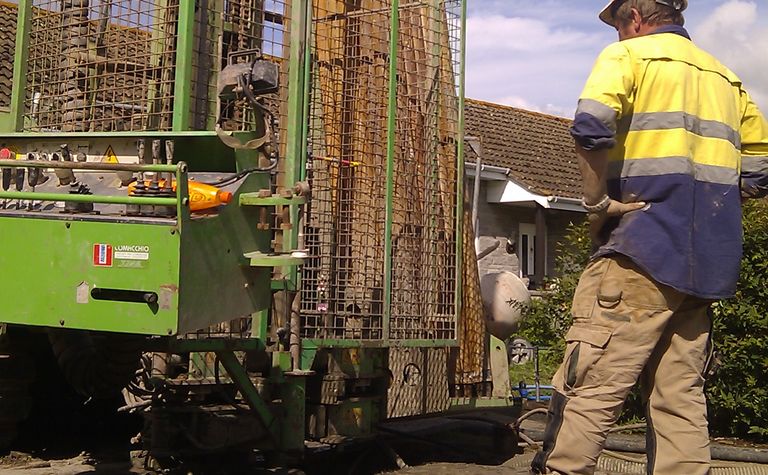 For decades, ground-source heat pumps (G(S)HP) technology has been making its way onto the heating market as an alternative to fossil fuels. However, despite its widespread application in some regions only a fraction of the globally available ground and geothermal heat is exploited.

As a matter of fact, 80 per cent of the EU's heat consumption still comes from fossil fuels, and with heating - and cooling - making up approximately half of the EU's energy consumption, a change would lower carbon emissions significantly.

Facilitating flexible and space-efficient systems, medium-depth geothermal boreholes may play a role in furthering G(S)HP solutions, most of which are currently based on shallow loops. Dr Martin Sabel, geologist at the German Bundesverband Wärmepumpe, explains: "We will need all kinds of heat sources for the increasing number of heat pumps to be installed, and the medium-depth geothermal sources will be a part of the solution.

"Although a much higher effort is needed to install a medium-depth geothermal heat source compared to a shallow geothermal source, the advantages are obvious. The outlet water temperature of medium-depth systems is much higher than that of shallow systems often only reaching 100m or less. Furthermore, the required space at the surface is very small compared to the energy that is exploited by medium-depth drilling, and that is an advantage especially in densely populated areas."

However, exploiting deeper heat sources not only includes more effort in the installation phase, but, due to a lack of publicly available information, also greater risk. Sanjeev Kumar, head of policy at European Geothermal Energy Council (EGEC) explains: "There is a significant untapped potential - we know that there are huge geothermal heat reservoirs, but the main obstacle is the lack of adequate publicly available mapping. At the moment, the problem is that when information is recovered, it becomes the property of the company that recovered it, or if it's a public project, it is lost within a specific ministry - either way, the information is not shared."

Among the companies looking into the advantages of boreholes deeper than the 100-200m range conventionally used for G(S)HP is Kensa Contracting, part of the Kensa Group. The company is currently assessing the benefits of medium-depth boreholes through a staged progression to 400m, working with design and installation partners to quantify the costs and benefits. 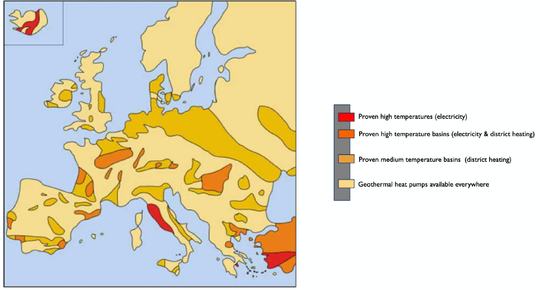 Since 2012, the project Heat Roadmap Europe has been collecting data to create a map of the depths and temperatures of geothermal heat all over Europe. So far, however, the map is still missing much detail and is only for indicative and research purposes

So far, it is clear that already in the installation process, medium-depth boreholes offer certain advantages compared to shallow loops, explains Dan Roberts, operations director: "With shallower borehole systems, much time is taken up moving drill rigs between holes. This is especially the case with retrofit projects where completing the necessary health and safety measures required to ensure safe operation can be time-consuming. If loops were installed deeper, and the drill rig moved less frequently, this would reduce the amount of time spent on the drilling phase, therefore lowering installation costs."

There is always a solution underground

However, if drilling deeper than the widely available equipment used for shallow boreholes allow, planning and investment requirements will increase. Still, a combination of deeper depths and new technology may provide for the most economical solution, especially for larger buildings and district heating, says Kumar. "There is always a solution underground. Normally, we just talk about houses, but for larger high-heat-demand buildings like hospitals, a combination of systems, including deeper boreholes that can provide constant heat, can provide fully geothermal solutions. The really exciting thing happening is the technology; for instance, Turboden produces the ORC, a type of heat pump that can boost temperatures from the 60C you may find at medium-depth boreholes to 90C. Basically, this opens up for the possibility of switching all these systems into geothermal district heating and cooling systems as well as industrial applications."

The paper explores the effect of using enclosed DBHE with a medium-depth heat source referring to heat embodied in rocks nearly 2-3km underground.

Like Kumar, Deng also sees potential in using this kind of system for larger entities, for district heating and in combination with shallow boreholes. "The medium-depth GHP could only be applied for space heating, but not for space cooling. While the shallow-depth GHP could be applied for both space heating and cooling but face the challenge of huge space occupation and ground thermal imbalance," he explains.

"The advantages of both systems could be efficiently combined and utilised. For example, the heat extraction from DBHE in non-heating season could be used for heating the shallow-depth ground thus the energy performance of shallow-depth GHP in heating season could be improved. Also, the combination could be used for inter-seasonal heat storage, or to reduce the initial cost for wider application. Therefore, the combination system could be very useful for decarbonising heating."

Medium-depth systems, of course, also present a number of technological and economic challenges; pressure drop over the installation being a key one, with the need to keep parasitic pumping loads to a minimum. "There are a few loop manufacturers who have, or are developing, new loops with a larger diameter to overcome this issue, but careful consideration should be given to the hydraulic design. The hydrostatic pressure of installed loops at depths of between 300 and 400m must also be carefully considered, with complementary grouting and installation practices developed to ensure high quality, long-lasting functioning system is delivered," stresses Roberts.

Besides, the heat pumps should be specially designed to fit the high-temperature heat source to reach high COPs. Another issue is, as mentioned earlier, the lack of adequate mapping of heat reservoirs, something which means that heat suppliers may be hesitant to take the financial risk of drilling to deeper depths, especially since the capital expenditure of geothermal systems is 50-70 per cent in upfront drilling costs, explains Kumar. "What we need is better mapping, but also risk insurance that can lower the capital risk if the required heat is not found. If you socialise the risk, create an EU-wide insurance scheme to bring down the price as much as possible, you will get much more aggressive hunting of the heat resources within the private sector. In the end, that will have a significant impact on the rate of utilisation of the geothermal heat sources deeper below the surface."

Who will be the winners and losers in the drilling sector after the US presidential election? 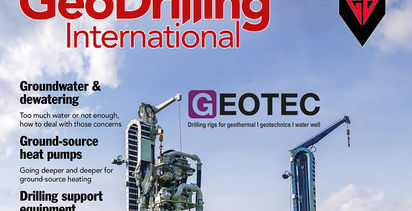 Sustainability is not just about going green