Progress lives on vision, and innovative ideas require support. For this reason, the Cluster of Environmental Technologies Bavaria (Umweltcluster Bayern) is committed to awarding a ‘Lighthouse Project’ every year that makes an exemplary contribution to the development of environmental technology in Bavaria. 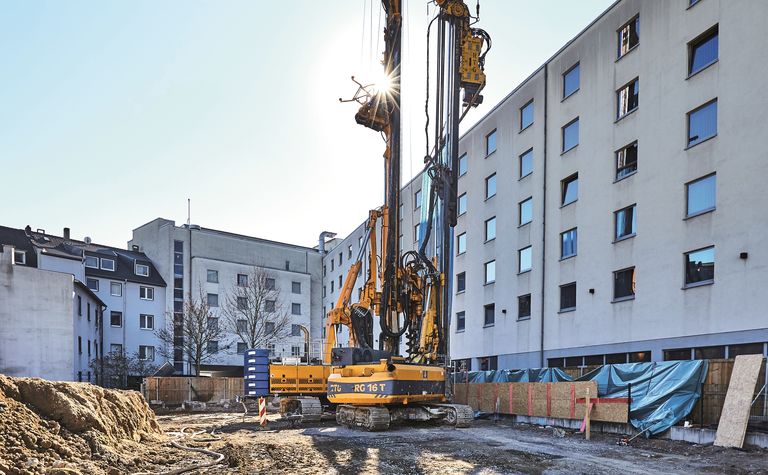 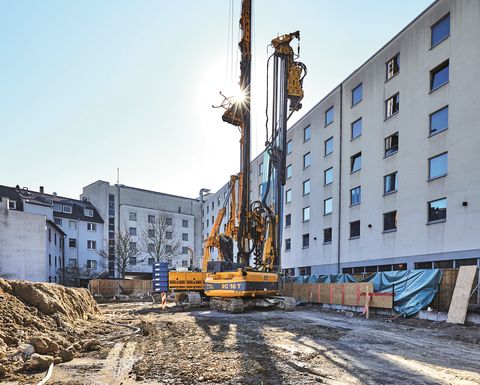 "This resource-efficient, energy-efficient and environmentally friendly technology is pioneering in all respects; for that reason, the Umweltcluster is thrilled to name it as the 2021 Lighthouse Project," said Alfred Mayr, MD of the Umweltcluster.

The novel concept is based on the MIP method developed and patented by Bauer, which has been used successfully for more than 25 years to create retaining structures for foundation measures and for flood control. So far, approximately 650 sites have been outfitted with more than 2.6 million m² of MIP walls.

In contrast to conventional specialist foundation engineering methods that require soil removal, the MIP method involves producing the construction material on-site using the existing soil. Using a triple auger developed by Bauer, the existing soil is broken up and the binder slurry is inserted. During the subsequent homogenisation process, the direction of rotation for the individual augers is varied in order to circulate material in the trench and optimally mix the soil material with the binding agent.

"The method is impressive not only from an economic standpoint but also in terms of sustainability," emphasised Dr Frank Tidden, sales manager at Bauer Resources. "It significantly reduces the quantity of construction material delivered, such as gravel and concrete, while also cutting back on the quantity of excavation material removed from the site."

The further development awarded by the Umweltcluster enables geothermal activation of the retaining structure constructed using this method. This was constructed and tested in collaboration with Bauer Spezialtiefbau GmbH using a model project, an apartment building with 14 residential units in the town of Füssen, where a 40cm thick retaining wall was constructed. While the soil mixture was still fresh, the geothermal loops fixed on steel beams were set into the wall. After this, they were connected to the building's heat pump system via a network of pipelines.

In the summer, the heat generated by thermal roof collectors is drawn into the ground, and in the winter, the stored heat is extracted from the ground. "By geothermally activating the ground with the installed heat pump through the MIP wall, roughly 5.5kW of heat were generated with an electricity demand of 1kW," explained Tidden.

In addition, development using the MIP method involves little additional effort, since laborious geothermal drilling and expansion with geothermal probes can often be completely eliminated. "This considerably reduces the consumption of resources, the investment level and the energy expended. And last but not least, geothermally activated MIP walls are subsidized under the funding guidelines for energy-efficient buildings," concluded Tidden. 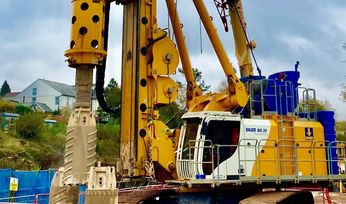 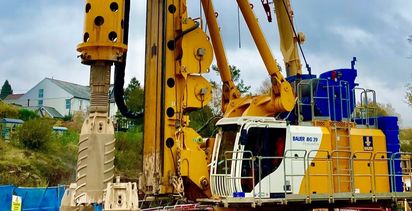