The combined challenges of environmental protection, CO2 emission reduction that are leading to an increased demand for drilling rigs powered by alternative energy forms has led to Fraste to design and develop a new drilling rig that can be powered by any source of electricity. 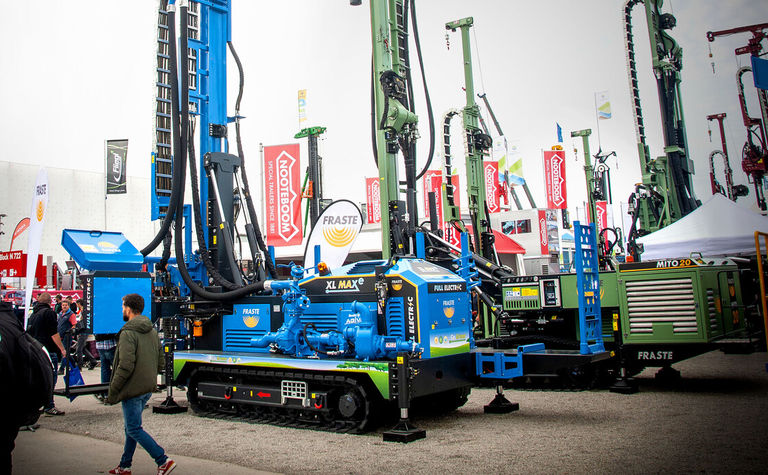 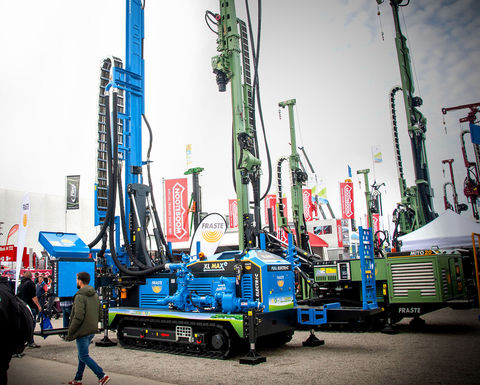 Fraste introduced a fully electric version of its Multidrill, the XL MAXe, during bauma 2022

Following a request from a long-standing and innovative Dutch customer, Fraste has moved to create a fully electric version of its Multidrill XL MAXe. The new model was debuted by Fraste during bauma 2022 in Munich, Germany.

The XL MAXe, which was shown at bauma, is going to drill wells for the installation of geothermal probes. It features a centrifugal pump, mast for 5m DP, 12t pull, double clamp, two-speed rotary head, automatic DP loader, and a Manipulator, which makes it extremely productive and safe.

At the request of the customer, the rig is powered by an independent battery pack that is recharged with electricity from renewable sources. It is also compatible with other conventional power sources such as the grid or generators (powered by natural gas or fuel cell).

The onboard battery pack, which is automatically recharged during the drilling cycle, powers a 30Kw electric motor only for movement/positioning of the rig. This solution is extremely advantageous as it works without any connection to external energy sources; being a safer system as there are no live cables during handling. The 90kW electric engine also fitted allows for same performance as 129hp heat engine mounted on the standard version, which results in a reduction of 400kg/day of CO2 emissions for a conventional-powered rig to 0kg/day for the electric version.

Woltman goes electric with the 90DR-e for BAM 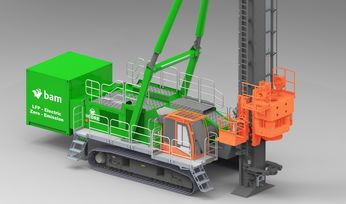 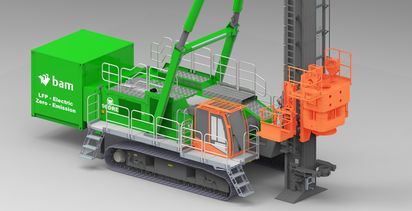