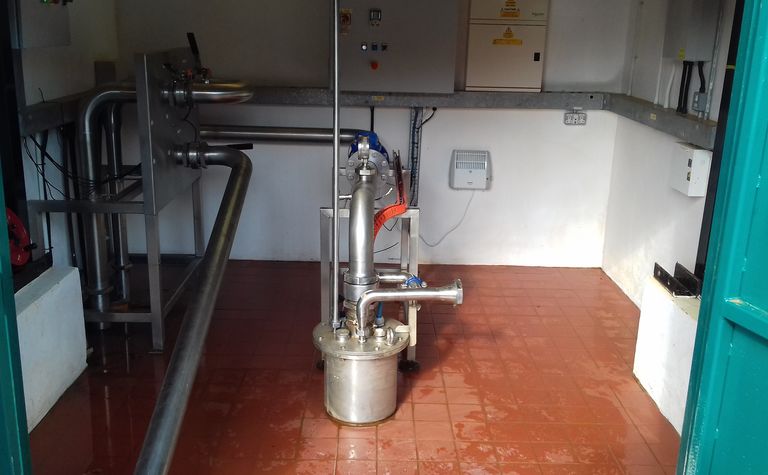 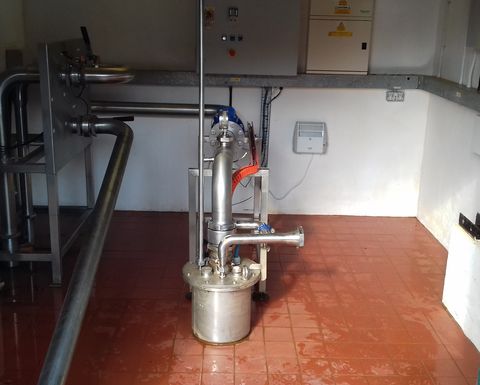 The works had been attempted by BES two years previously, when there had been a narrow window of opportunity during a factory closedown period. An obstruction within the borehole at 128m meant that only the top section from ground level to this depth could be treated inside the timescale available.

The borehole was in a good productive state and too important for its owner to close down for further remediation. It was agreed that BES would put forward proposals for getting past the obstruction and cleaning the full 245m borehole when the next opportunity arose.

The borehole had been drilled to 245m and 250mm-diameter mild steel surface casing was installed to a depth of 135m.

Remediation works commenced with a CCTV survey of the borehole, which showed substantial build-up of biofouling matter. The CCTV camera could not pass into the drop-set casing due to a dogleg, which was up-throwing the casing to the top side of the borehole and anything lowered down was passing into the annulus between the two casings. After several attempts to enter the drop-set casing, the consultant decided to leave the lower section until a later date due to the lack of time available.

The 250mm-diameter casing was now scrubbed with a steel brush to loosen the biofilm. A special industry-approved iron removal product, Boresaver, was now introduced into the borehole at 128m and circulated before being air-lifted to settlement tanks and treated. Once the entire chemical was removed and the water chemistry had returned to its original state, the submersible pump was reinstalled and the borehole was put back into production.

BES carried out simulation trials for gaining entry into the drop-set casing at its Seaham depot in northeast England and put forward proposals to the consultant on how to tackle the cleaning of the lower section of the borehole when the opportunity arose.

It was also proposed to use a new chemical process to treat the biofilm. This was to inject chlorine dioxide into the borehole. Chlorine dioxide had a proven track record in other industries for the treatment and removal of biofouling matter, but BES had not used it in boreholes to a depth of 245m.

The proposals were accepted by both the consultant and client.

An opportunity to carry out another cleaning operation arose in September 2017.

An air-lifting tube was now lowered into the 50mm pipe and the borehole was blasted with compressed air to remove this loose debris and to clean the screens. This operation was successful; however, the bottom 10m of the casing could not be cleaned as the debris had solidified and could not be removed using this technique. The consultant confirmed that this small section was not important to the productivity of the borehole and instructed to halt this operation.

The borehole was resurveyed and found to be clear to a depth of 235m.

A 25mm dosing pipe was installed to the base of the borehole and 100L of chlorine dioxide was pumped into the borehole at a rate of 20L/hr.

The borehole was then purged until all evidence of the chemical was gone. Purged water was tankered off site to a licenced waste disposal site.

The dosing pipe was left in the borehole for future cleaning operations.

The submersible pump and rising main were thoroughly cleaned and disinfected and put back into the borehole, and after a relatively short period of discharge pumping the groundwater was suitable to be sent to production.

The consultant and client were happy to have a fully cleaned borehole working efficiently, with the dosing line still situated in the borehole ensuring that future cleaning operations would be a formality with little downtime and cost involved.

This article was written by Michael Bushby, contracts manager at Borehole Engineering Services 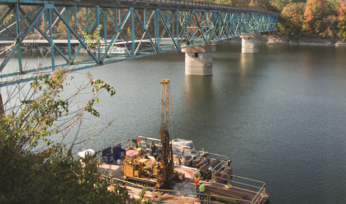 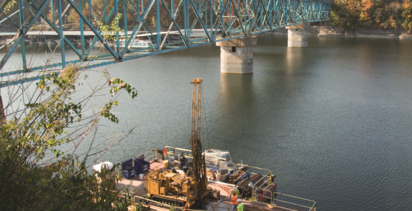