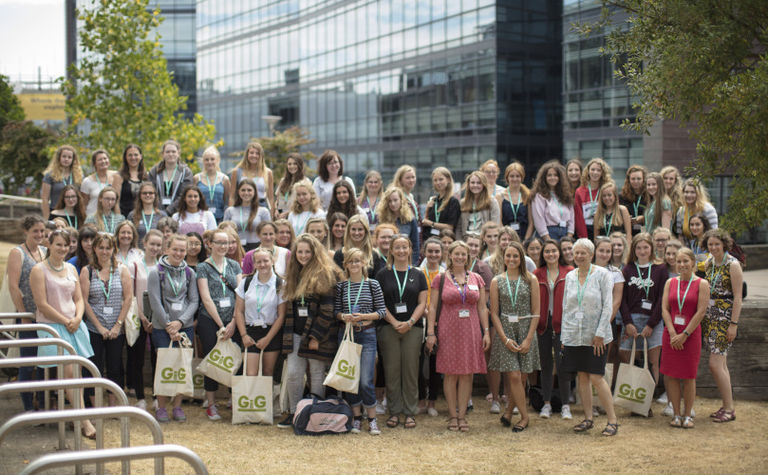 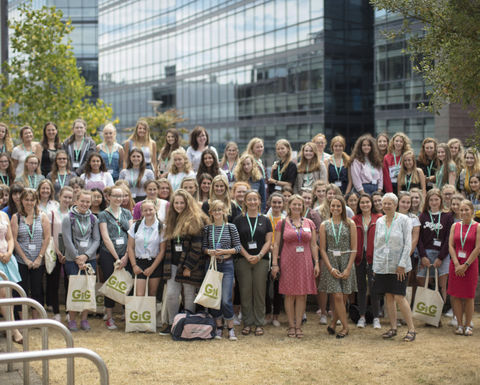 Attendees of the Girls into Geoscience 2018 at Plymouth University

Recently there has been a media focus on diversity and in particular gender balance in the UK work place. This lack of visibility of women is a particular problem within the STEM workforce, where women make up 23 per cent of the workforce in core STEM occupations, falling to only 14 per cent in ‘mining, energy, water, electricity, gas and air supply' professionals and in engineering a staggeringly low 11 per cent (WISE, 2017). Given that 50.9 per cent of the UK population is female (2011 Census) where do all the women go?

through education and into a subsequent career. And it starts early, with the majority of students taking STEM subjects at GCSE, falling to only 35 per cent of girls choosing core STEM or technical vocational subjects post-16 years old (compared to 94 per cent of boys) and then falling further to only nine per cent of girls going onto to higher level qualifications (WISE, 2017).

The causes of the loss of women are multiple, and recent research by Microsoft (Trotman, 2017) highlights a number of factors such as a lack of role models, lack of hands-on experience, peer pressure and the impact of teachers all being factors that turn girls off a career in a STEM subject. Critically, gender stereotypes are still a major factor in holding back girls' engagement in science, especially in the earth sciences.

It was after a visitor to one of our undergraduate open days at the University of Plymouth stated that her teacher told her that geology is not a suitable subject for girls that we felt we had to act. We knew of many excellent ‘Women in Science' initiatives but not one that promoted the earth sciences, and so we set up Girls into Geoscience (GiG) to educate and promote our subject to 16-17-year-olds.

Girls into Geoscience is a two-day event comprised of a field trip, talks and workshops. The first day consists of an optional field trip to some of the stunning geological sites close to Plymouth. Whether it is the granite landscape of Dartmoor, or the sedimentology of Torbay, we can teach basic field skills and show the girls that fieldwork is fun and should not be a barrier for female participation in the Earth Sciences.

The second day is run like an academic conference. In the morning, we have female geoscientists from industry and academia talking about how they got into science and what their job and particular field of earth science involves. Over the years we have had petroleum exploration experts, mining geologists, engineering geologists, academics, and a teacher all talk about their careers.

The afternoon session is run by female academics, researchers, and technicians from the School of Geography, Earth and Environmental Sciences at the University of Plymouth. The visiting students can choose two workshops from seven so that they can find out more about topics that interest them. Whether it is climate change, volcanism, planetary geology or geographic information systems the girls can get hands-on with geological material and concepts.

Data collected from attendees has showed the impact of this

event on the girls. In 2016, 75 per cent of attendees at the end of the event said that they were more likely to consider studying geology, while nine per cent were already planning on doing so. A year later these students were about to start university courses and 78 per cent of respondents (55 per cent response rate) were off to study geoscience or related courses, and 100 per cent said they would recommend GiG to others.

We are only just starting to see the results of our initiative and others like this focusing on engineering and computing for girls. But what will the long-term impact be? Will more girls start ‘really' considering STEM subjects as real options for them, or are we already talking to the converted. Many girls make their career choices by the time they are 14, and gender stereotypes about potential careers are set as early as the age of four! So while we are promoting STEM and the geosciences to girls interested in knowing more, we may already be too late for many girls who have already ruled out STEM subjects. By understanding the reasons girls are turned away from STEM and careers associated with it we can hopefully make sure we are having as timely impact as possible. In 2019 we hope to launch a secondary GiG event for year-nine girls (aged 13/14) at the University of Plymouth to inspire these younger girls in where STEM and the geosciences could take them, and on top of this take GiG to the road! Linking with other universities we hope to promote smaller hub events targeting year-nine girls across the country, in turn feeding into the larger initiative and broadening our network. We are already noticing a difference in the attitude to women in science and we hope through our initiative we can continue to promote diversity and equality across the geosciences.

Dr Sarah Boulton is an Associate Professor in Active Neotectonics at School of Geography, Earth and Environmental Sciences (Faculty of Science and Engineering), University of Plymouth

Dr Jodie Fisher is a technician at School of Geography, Earth and Environmental Sciences (Faculty of Science and Engineering), University of Plymouth 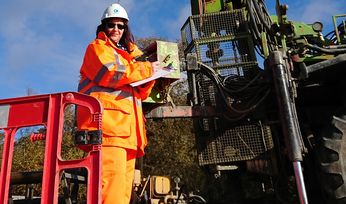 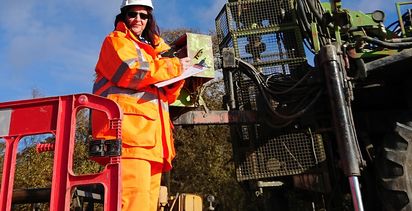 Getting to the core of new discoveries