Joe Patterson takes a stroll down the street in his home town of Portland, US, to check out an interesting foundations project 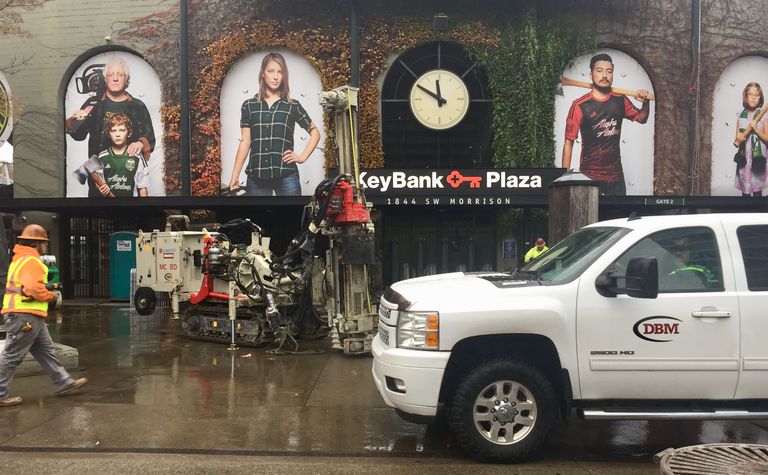 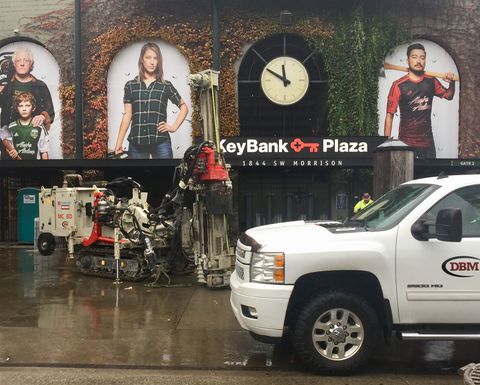 Not everyone wants their football team (soccer for those of us in the US) to lose early in the play-offs, but this year, when my team lost their final match, I knew it would be better for them in the long run.

The Providence Park stadium, the home of the Portland Timbers football club, has a capacity of 22,000, but the team has a waiting list of 15,000 people who have paid a deposit to purchase season tickets.  Obviously, this is a problem for any sports team and should be addressed quickly.

I live next door to what will be a very exciting and interesting project taking place over the next two off-seasons for the Portland Timbers.

The US$50 million construction project begins with foundation work on the east side of the stadium, installing micropiles to support another three levels of seating, adding approximately 4,000 more seats. In the end the project will increase the capacity of the stadium by 20% without increasing its footprint.

DBM Contractors of Federal Way, Washington, has the contract to install the micropiles, and fortunately I know a few people at DBM and look forward to watching the progress of this job. Most of the people in my building think I'm crazy for wanting to walk down the street in the rain to see if they are going to walk the Comacchio rig into the stadium that day, but as a foundation junkie it's exciting to be living next door to such a unique project and be able to watch the daily progress.

The foundation design for the stadium addition consists of 228 micropiles with an average depth of 25m. They will be installed using 133mm rotary casing with 2 3/8 API inner rod and finished with a #18 thread bar.

Providence Park is an old structure, first completed in 1926, and located in what is called the Goose Hollow area of Portland. It sits on ground that is part of the historic Willamette River floodplain and is built over a creek bed that drains to the river whenever it rains.

Needless to say, the drill rigs will work hard to push the casing through these difficult soils. DBM will use two different rigs for the installation of the micropiles.

The micropiles that can be accessed with little or no disruption to the existing structure will be installed using a Klemm 806 rig with a full-length mast.

But, as you can guess, most of the micropiles will be in difficult limited-access settings; for these micropiles the DBM drillers will use a Comacchio MC 8D.

The MC 8D has a power pack that can separate from the main drill rig, allowing the rig to set up in tight situations with the power pack located away from the drilling area. Despite all the overhead problems, electrical conduit and plumbing lines in the stadium, the micropiles must be installed behind an existing mechanically stabilised earth (MSE) and soil nail wall.

It's understandable that DBM Contractors has wanted to get started as soon as possible on this project, since the end date had already been set; it was the beginning date that was in flux. The Timbers football club has agreed to forgo its annual preseason tournament at Providence Park in 2018 and 2019 to accommodate the construction schedule as much as possible. But the 2018 season begins with a home opener on March 3rd, and the stadium must be ready to host a new season.

To meet this deadline, DBM has a few challenges it will have to overcome. The first problem is the narrow time frame. Multiple crews will be used to increase production, and I fully expect that during a bout of insomnia in the next three months I can take a walk around the stadium and see light towers burning, air compressors chugging along and downhole hammers banging away. Because in the end, it takes time to perform any drilling task.

I am always amazed at what we can be accomplished with the design and installation of micropiles.  After the construction at Providence Park this winter and all the headaches that come with it are gone, it will appear as if no work was completed at the stadium.

DBM Contractors' installation of the micropiles will be completed by late January, after which they will not return for phase two of this project. Next year the plan is to park two mobile cranes on the pitch to help lift off the old roof and install the new roof. And although all my neighbours will think that the construction this winter was just a big nuisance, I will know that those micropiles are sleeping under the stadium waiting for the big show next year.

Joe Patterson has 25 years of experience in the foundation and mining industries, mostly in North America. He has been heavily involved in drill trade organisations, working to promote innovative ideas and quality work in all aspects of drilling. Now, recently retired Patterson will be able to devote more time to studying, observing and reporting on the drilling industry 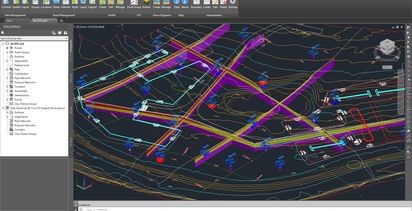