Writing on behalf of the UK’s Federation of Piling Specialists, John Chick provides GDI with an update on new routes into the profession. 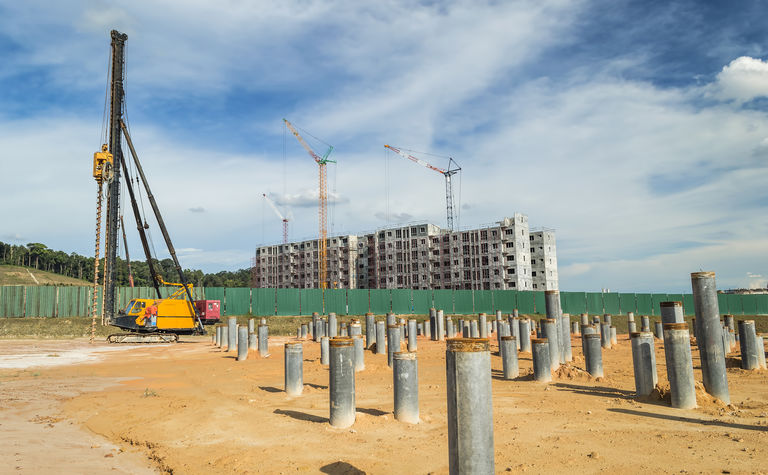 I recently wrote an article emphasising the importance of the ground engineering industry to the future of UK plc. Part of my message was our need to see ourselves as competing for the interest of people making career choices. Major infrastructure projects on the horizon, and the associated urban regeneration schemes and power generation renewals, will stoke demand for the next generation of ground engineering professionals in all roles.

We should be readily accessible as a career choice to applicants and recruits from many educational backgrounds via more routes than have traditionally been available.

Part of positioning ourselves for that competition is to open new routes into the profession. This article is a brief update on one particular route which is the Apprenticeship Degree in Geotechnical Engineering.

This level 7 apprenticeship has gained ‘Approval for Creation' from the Institute for Apprenticeships (IfA) having gone through the first round of approvals regarding attributes and restructuring.

The industry working group led by Zoe Baldwin is now looking to finalise:

This work should be completed by April of this year and the apprenticeship available for delivery from September. The hope is that after two years the apprenticeship will be accredited by the ICE for the academic route to chartership.

Universities contributing to the design of the apprenticeship are Portsmouth, Birmingham, Leeds, Kingston, and Imperial, however, the degree will be available for any university to deliver, where a viable number of apprentices can be attracted.

General feedback from universities is that they require a typical intake of 20 apprentices to ensure viability of the course.

As with any apprenticeship this qualification will require 20 per cent ‘off the job learning', so employers interested in offering this as a training option will need to consider the relative merits of block release or weekly day-release for apprentices. There is nothing new here. Throughout the construction industry, employees complete their degrees and diplomas via part-time study.

A degree apprenticeship has a number of attractions, as do existing part-time and distance learning opportunities. Employment whilst studying and possibly a contributing employer will vastly reduce the debt burden on a newly qualified engineer who used the apprenticeship route.

It is only right that our industry, through some outstanding individual contributions, has developed this apprenticeship. It is however still incumbent on us to promote the attraction of our fascinating and vital activities as a career choice.

As undergraduate numbers decline on some well-known geoscience courses, this apprenticeship represents a refreshing change and positive re-look at what we do for the environment and the economy. As climate change becomes less a matter of debate and more a drive to do something about it, whether in construction, geo-environmental engineering, exploration for alternative materials and alternative energy sources, we must be very clear that our skills have never been more important in being part of the solution.