Drilling on through COVID

Peter Hall, CEO of the Australian Drilling Industry Association, tells GDI about how the industry has fared through COVID-19 in the Southern hemisphere.

In Australia, despite an initial slump in activity the drilling sector is almost back to where it was pre-COVID. Data released by the Australian Bureau of Statistics and an ADIA survey confirms a drill rig utilization rate of 75 per cent, compared with 77 per cent in 2019

Back in the early days of the COIVD-19 pandemic, many of us were expecting that its impact on our daily lives would have improved by the time we got to October. The optimistic or more probably naive thinking was that six months was a long enough time for it to dissipate and that somehow, we would be back to where we were before. The situation around the globe certainly has not improved and doesn't look like doing so anytime soon.

Reality took hold within ADIA back in August, when we were forced to cancel our Drillfest conference and exhibition which was due to be held during October. There was a mixed response from our members with some of them only too ready to sponsor and exhibit, whereas some were keen to sponsor but not attend because of COVID. Other companies who are regulars at our events just said from the outset that they would not be attending. It was also proving difficult to source speakers as many were reluctant to commit due to ongoing travel restrictions. The ongoing restrictions with State border closures limiting travel became the final straw causing us to cancel the event entirely.

The drilling community is one that likes to catch up periodically and mix some business with pleasure and we will now have to wait until our major DRILL Conference which is being held in October 2021. Therefore, we will be taking a punt that the world will be in a better place by then and that this event will happen. It will also likely be managed under some sort of COVID management plan that will evolve by the time we get to that date. We have not gone down the path of webinars and virtual events as the drilling community do like to do this sort of thing in person.

Out on the drilling sites, things are bustling along very well. Activity did slump for a short time back in the first half of 2020, but now things are back almost to where they were pre-COVID. The exploration sector is the easiest one for us to track and corroborate against data released by the Australian Bureau of Statistics (ABS) and our most recent member survey confirmed a drill rig utilization rate of 75 per cent, compared with 77 per cent in 2019. Interestingly, we dissected the numbers a bit deeper and found that the top 10 contractors by rig fleet size, have 58 per cent of the rigs in the market. The utilization rate amongst these top 10 contractors topped out at 87 per cent.

The likely reason for the higher utilization rate is that the larger contractors have a greater ratio of serviceable rigs and they tend to work for the mid to larger market cap size clients. With metals and commodity prices remaining at peak levels, the demand for drilling services is remaining correspondingly high as these clients have the necessary exploration funding available. It also goes a long way in explaining why there is an ongoing skills shortage with competition for labour a problem that is not going to go away.

The ongoing State border closures do however remain a burden for drilling contractors as many of them work across multiple States and need to be able to move people around. Having key management and other support personnel to have to quarantine and self-isolate for 14 days on arrival into a different State is just not a viable option. There are clear instances now of this being done to garner the ‘popular political vote' rather than be based on the best interest and needs of affected businesses.

This scenario is likely to drag on for some time, with some state leaders unwilling to budge while they have majority support from their constituents.

The State of Victoria continues to have the strictest lockdowns within the country due to numerous community transmitted COVID outbreaks. Thankfully drilling companies have generally been able to keep working as lockdowns in the regional areas have not been as strict and both mining and agriculture/water have been classed as essential industries. Similarly, construction within Melbourne has also been able to keep going but under rules which limit the number of workers who can be onsite at any one time. There is a lot of drilling work in this sector and geotech contractors have therefore been able to work within these guidelines.

An emerging concern which has become evident this week and which has links to COVID is the news that Chinese coal customers have been instructed to stop importing coal from Australian suppliers. This follows on from restrictions placed on other Australian exports to China over recent months and which is seen as retaliation for Australia asking for an investigation into the origins of COVID. If this scenario worsens, then it will have a negative impact on Australian producers which will trickle down to less available drilling work.

Overall, drilling contractors will continue to be creative and find ways to work effectively within the new operating environment brought on by COVID. The big positive in it is that the underlying market conditions remain strong. We are not seeing any significant expansion within the industry but there is still a small but steady number of new rigs being built and delivered. Therefore, there is a reasonable level of confidence that things will stay this way for the remainder of 2020 and into next year!

Training in the age of COVID 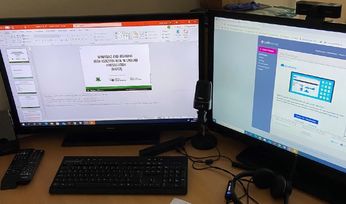 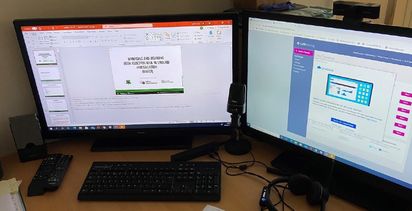 The use of probe drilling for site safety