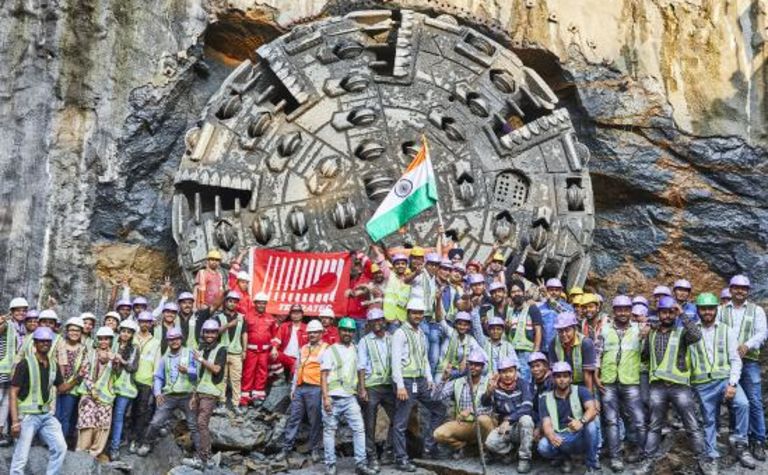 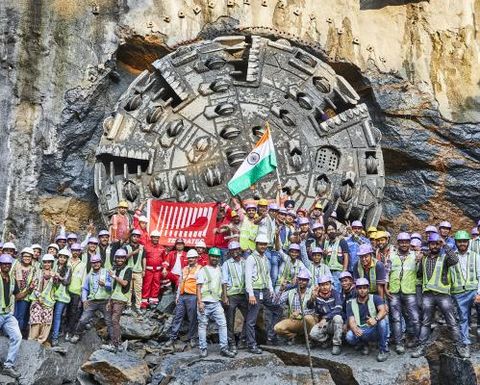 A Terratec TBM on Mumbai Metro’s 33.5km underground Line 3 corridor, in India, breaks through on its inaugural drive

The Terratec single-shield TBMs are equipped to operate in either open or closed mode in the predominantly fresh and slightly to moderately weathered Basalt and Breccia expected on the contracts. The hard rock cutterheads are mounted with heavy-duty 17in disc cutters, which are interchangeable with ripper tools, and feature large bucket openings that provide a 10 per cent opening ratio.

Other state-of-the-art features include 2,000kW electric variable frequency drives - that allow the cutterheads to cut efficiently in harder rock zones at maximum speeds of 7rpm and deliver an exceptional torque of 8,500kNm to cope with more fractured zones of ground along the alignment - as well as active shield articulation and built-in two component backfilling grout systems.

In addition to the three new hard rock TBMs, Terratec has also supplied two re-manufactured 6.61m diameter mixed/rock earth pressure balance machines (S63 and S64), which have been put to work on a section of highly-weathered ground on contract UGC-05. "The TBMs are performing very well," said, Bill Brundan, Terratec site operations manager. "The five J. Kumar-CRTG machines have excavated a total of more than 5.7km of tunnel to date." 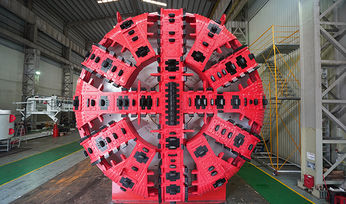 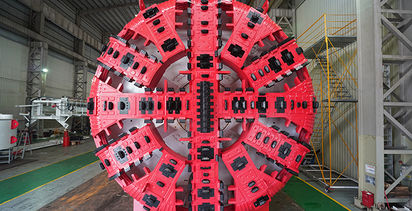