Bauer goes the distance in Bangkok

With around 16 million inhabitants Bangkok is one of the most densely populated cities in the world. As such it relies on its public transport system – the Bangkok Metro to keep people moving. With a need to extend the Metro Bauer’s expertise was called upon. 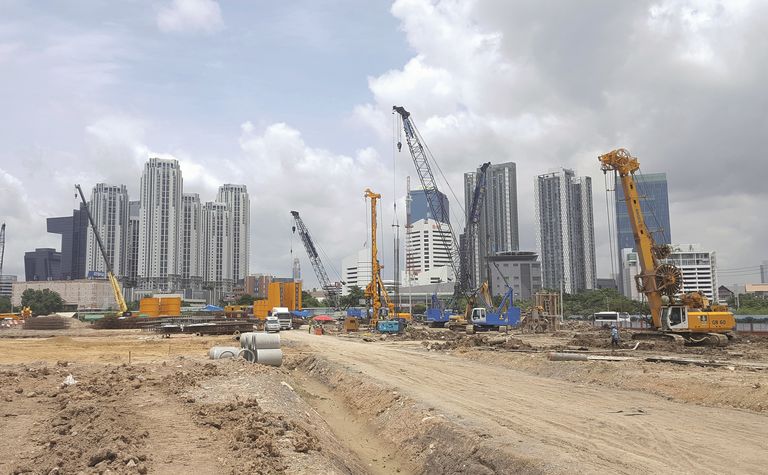 To permanently ease road traffic and create a public means of transport for the growing population of Thailand's capital city, the Bangkok Metro (MRT) was opened in 2004 under the supervision of the Mass Rapid Transit Authority of Thailand (MRTA).

The existing metro lines, which are marked with the colours blue (Blue Line) and purple (Purple Line), cover 35 stops over a distance of approx. 28 miles (45km). In addition to the current expansion of existing lines, another line is now under construction: the MRT Orange Line. In the future, this will complement the existing MRT network and provide a link between the eastern suburbs of Bangkok and the city centre.

Thai Bauer Company, the Thai subsidiary of Bauer Spezialtiefbau, had in the past carried out foundation engineering work for the MRT Blue Line and Purple Line as well as for the extension of the Green Line of the BTS Skytrain. Now it was once again being commissioned by the client, the Joint venture Ch. Karnchang - Sino Thai, with the execution of various specialist foundation engineering works for the construction of the newest Metro line.

"The challenges of this project are diverse," said Mike Sinkinson, managing director of Thai Bauer. "First of all, extremely strict tolerances for the production of the bored piles have to be adhered to and the work is carried out above existing tunnels - great care and accuracy are crucial for the success of the project."

The work on the Metro extension began in March 2018 and the completion of the special foundation works of Thai Bauer is scheduled for spring 2019. Completion of the new Orange Line is expected to be in 2022.

Bauer safeguards harbour breakwater on the island of Helgoland 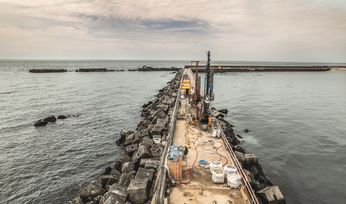 Webuild and consortium partners win A303 Stonehenge contract in the UK