Vermeer Corporation has held a groundbreaking ceremony for a monument commemorating the buildings destroyed by an EF3 tornado in July 2018. 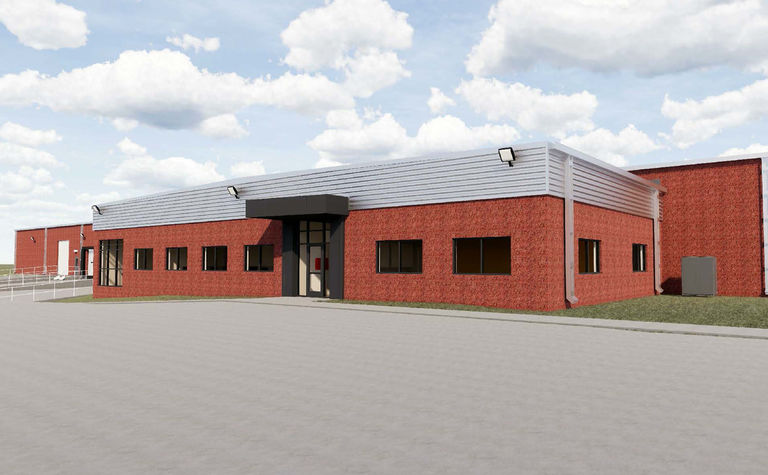 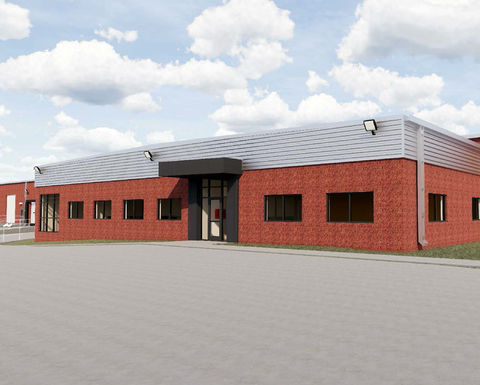 An artist's impression of the new Vermeer Eco-Center

"The tornado was the greatest challenge Vermeer has ever faced. I am incredibly proud to say our team has turned it into an opportunity. Not only are we rebuilding what we had, but we're becoming stronger than ever before," said president and CEO Jason Andringa.

With three new facilities underway at the Pella-based headquarters, Vermeer is investing heavily in the future.

The first facility scheduled to open this summer is a new engineering and R&D building named Shop 48. The name stems from Founder Gary Vermeer's shop where his innovations came to life and led to the founding of Vermeer Corporation in 1948. With more than 100,000sqft of space dedicated to building and testing new equipment, team members will begin to move into this space in August 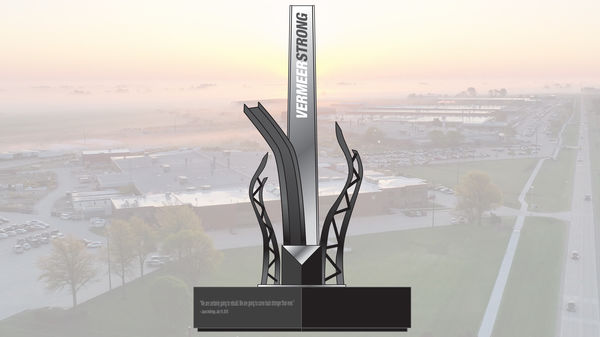 "We're very fortunate at Vermeer to have a 71-year history of innovation. Shop 48 will take our innovation and growth opportunities long into the future," said Doug Hundt, president of Industrial Solutions.

Plant 7 was formally announced during groundbreaking ceremony as the new facility being built where Plants 5 and 6 once stood. Nearly 500,000sqft of manufacturing and office space will expand beyond the original manufacturing footprint that took up just less than 400,000sqft of this area. The new facility will connect to the original Plant 7 that was damaged in the tornado but repaired in the months following. Together, they will take on the name Plant 7.

Scheduled to be completed in fall 2020, the new Plant 7 facility is being built to keep team members safe at every touchpoint on the job, create ultimate productivity, be a collaborative and engaging space for team members and allow for growth long into the future.

"Looking ahead, this facility is going to be world-class in every feature. We're advancing our paint technology, coat technology and the space for our team," said vice president of operations Bill Blackorby.

Also recognised was the new Eco Center. Replacing the one lost in the tornado, the new building will be placed behind Plant 1 and open its doors in January 2020. The Eco-Center helps responsibly process and manage waste along the Mile.

"Our customers depend on our ability to get high-quality equipment to them - this new facility makes us excited to continue to deliver on this promise into the future," said executive vice president of Forage and Lifecycle and chief marketing officer Mark Core. 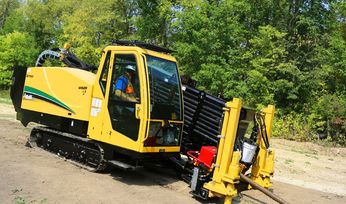 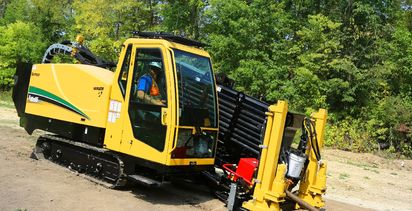