The Hinkley Point C project has reached another key milestone with the start of tunnelling at the UK’s first new nuclear power station in a generation. 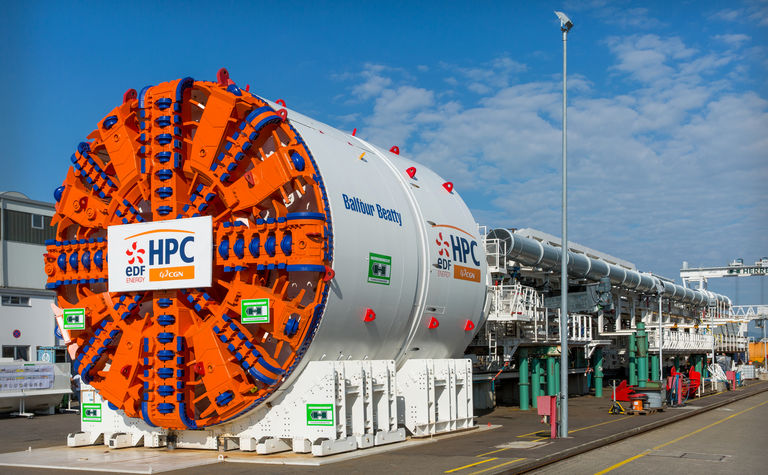 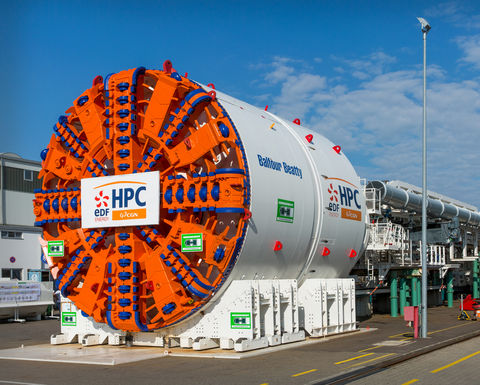 Work has started to install the 38,000 concrete segments required to support the three underground marine tunnels at up to 33m below the seabed of the Bristol Channel. Once complete, the tunnels will form a critical part of the plant's cooling system and will have the capacity to transfer 120,000L of water per second.

In a first for the UK and created at Balfour Beatty's innovative manufacturing facility in Avonmouth, prefabricated nuclear-grade concrete segments will be made to ensure that each of three tunnel boring machines is able to deliver significant-efficiency savings while excavating over 11t of rock per minute.

The first machine has been named Mary by local primary school children in honour of Mary Anning, a local palaeontologist and fossil finder who lived her life in Lyme Regis. The 1,200t machine will be able to reach a maximum speed of 120mm per minute and will be run by 12 operators including a pilot, with supporting teams at the surface.

"This is a significant milestone, critical to the successful delivery of the first new nuclear power station in the UK for over 20 years," said Alistair Geddes, Balfour Beatty project director. "Having installed the first permanent segment ahead of schedule, this milestone is testament to Balfour Beatty's expertise and to the collaborative approach required to deliver a project of this scale and complexity."

Balfour Beatty is contracted to three major packages of works at Hinkley Point C. It was first appointed to deliver the electrical works package in a joint venture in 2015, the tunnelling and marine package in 2017 and most recently the 400kV overhead line project on behalf of National Grid in 2019. 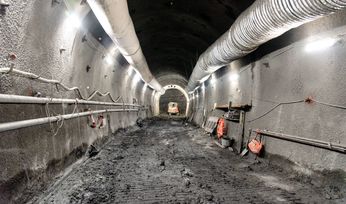