The Rhine is one of the busiest rivers in the world and with a total length of more than 1,200km, it is also the second longest river in the German-speaking world. 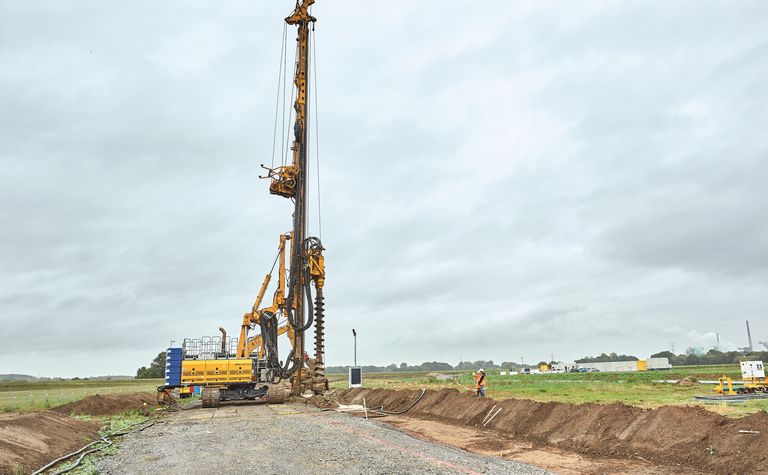 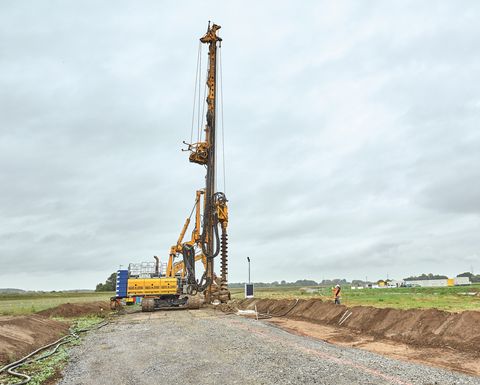 In order to permanently protect against floods on its banks, there are a number of dykes along the Rhine, including in the immediate vicinity of the Duisburg district of Mündelheim. In order to give the Rhine a better opportunity for expansion during floods and thus prevent flooding peaks, the existing dyke at Mündelheim is being relocated to gain a retention area of approximately 60 hectares.

In the run-up to the dyke relocation, in order to protect the adjacent town of Mündelheim against pressing groundwater, a sealing wall is being created which follows the course of the future dyke. For this purpose, Bauer Spezialtiefbau was commissioned by the city of Duisburg to install a mixed-in-place sealing wall (MIP). In this process, the pending soil is broken up with a triple screw, relocated and mixed in the resulting wellbore with a binder suspension.

"The advantage of the MIP process is that there is no excavation. So, the soil does not have to be removed and can be used directly as an aggregate. This is a major advantage for the residents," explained Mike Schwermer, project manager of Bauer Spezialtiefbau. In total, a length of 1.6km will produce around 28,000m² of MIP sealing wall with a width of 550mm and a depth of up to 20m.

"A particular challenge in this project is the high-quality demands on the MIP wall, which must have a high density and a final strength in a given bandwidth," continued Schwermer.

The sealing wall is being created parallel to the Rhine on the future Deichtrasse and the work began in July 2019 using an RTG RG 25 S with MIP equipment. The completion of the sealing wall by Bauer is planned for March 2020. 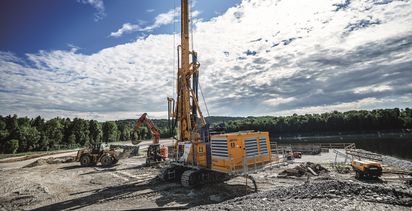