Bauer goes back to Bhutan

Bauer has a history of specialist foundation work in Bhutan and it has returned to carry out more work on the country’s large-scale hydroelectric plants. 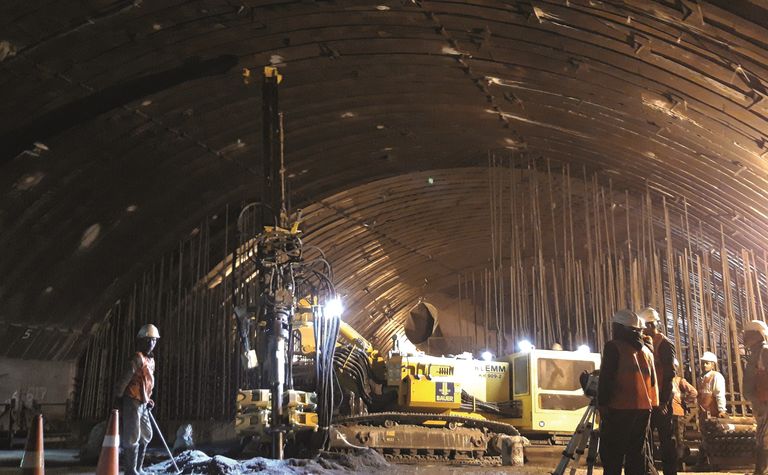 The kingdom of Bhutan located north of India is barely the size of Switzerland and is dominated by the Himalayas, the highest mountains in the world. Over 80 per cent of Bhutan is 2,000m above sea level. Mountains with a height of up to 7,500m mark the highest points of the country.

Many rivers span several thousand metres in altitude as they make their way from north to south across the country, creating ideal conditions for hydroelectric power. For this reason, Bhutan is pursuing an ambitious and above all sustainable energy policy.

The kingdom already generates almost all of its electricity from hydropower, with the surplus being exported to neighbouring India.

Construction work has been underway on the large-scale hydroelectric plants Punatsangchhu-1 project since 2009 and Punatsangchhu-2 in 2013. Both of these plants are located on the Puna Tsang Chhu River, approximately 80 and 94km from the capital Thimphu.

Bauer Spezialtiefbau GmbH had already been involved in the construction of the two hydropower plants. In 2011, Bauer constructed diaphragm walls up to 80m deep for the upstream cofferdam and executed injection work on Punatsangchhu-1.

Bauer returned to the site a few years later to carry out slope stabilisation after a massive landslide on the right bank of the river.

In 2014, Bauer was contracted to execute injection work to seal the Punatsangchhu-2 upstream cofferdam, a project that was successfully completed in 2015.

Bauer was again contracted to carry out specialist foundation engineering work for the project after an underground cavern collapsed at Punatsangchhu-2. Bauer Spezialtiefbau GmbH was commissioned by main contractor Jaiprakash Associates Ltd to carry out 18,000m of soil injection for subsoil stabilisation as well as to install 19,000m of tie-back anchors.

Along with various equipment for the injection work, up to five drilling rigs are being used at the same time, including KR 806 and KR 909 rigs from Klemm Bohrtechnik GmbH.

"The main challenge of this project is the cramped working environment. With a width of approximately 18m and a height of 8m, the work area is extremely small, creating an extremely challenging environment for equipment and personnel," says Berner. "Also, we're in the Himalayas, which presents unique challenges for logistics."

Bauer's work on Punatsangchhu-2 will take around 15 months. 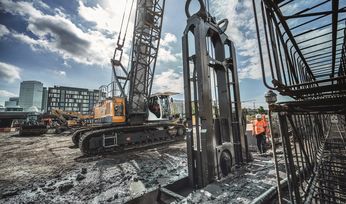 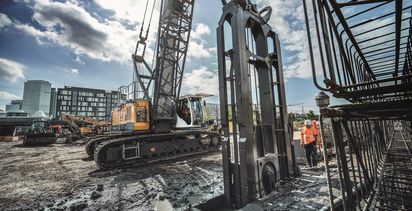