With around 390,000 commuters, the Munich is the number one commuter city in Germany. The consequences are longer and longer traffic jams, overcrowded trains and a lack of parking spaces. To counteract the lack of parking space, an underground car park is being built directly under the eastern ring road in the centre of Munich, between Isartor and Maximilianstrasse. 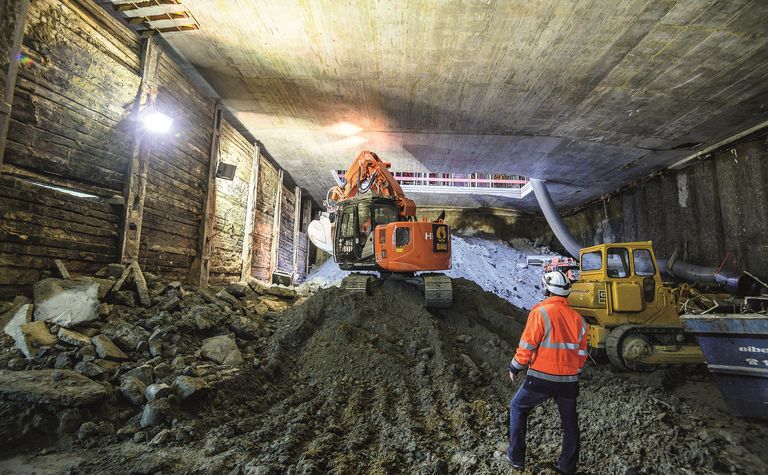 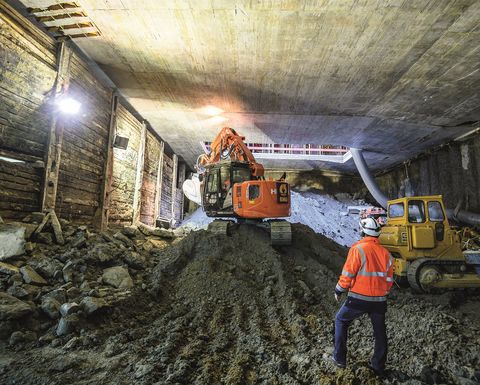 The Bauer Environment division of Bauer Resources GmbH at work on an underground carpark in Munich, Germany

The challenge, however, is two very narrow construction sites under cramped conditions. The Bauer Environment division of Bauer Resources GmbH was commissioned to excavate both construction pits.

Before excavation could begin, Bauer Spezialtiefbau GmbH erected a bored pile wall with a diameter of 88cm. This forms a safeguard for the excavation pit and at the same time the protective outer shell of the later underground carpark.

The excavation of the construction pit on the east side finally began in November 2017 - with a volume of 40,000m3 and a depth of up to 13m. After the eastern component was completed in 2018, work on the west side began in spring 2019.

Everything is different with this part because the construction site is practically turned upside down. The reason for this change is because the foundations of the adjacent building are too close to the excavation pit so that the bored pile wall cannot be anchored in the ground. That is why an underground construction method is used, with the first basement being suspended in the bored pile wall, so that the shell is built from top to bottom.

"The lid of the first basement with a floor area of around 2,700m2, consisting of six concreting sections, was completed over the winter. Now the floor can be excavated underground," explains Christian Heinig, foreman at the Bauer Environment division of Bauer Resources.

With the help of a mini-excavator, a tunnel excavator and a caterpillar, a total of 18,000m3 of soil are transported to the surface. The total excavation in the west amounts to around 28,000m3. The difficulty with the mining process is particularly the cramped space. In some places, the room height is only 4m and only five employees can work at the same time. "That is why the planning and implementation of the underground excavation in the west section is one of the most spectacular construction projects in Germany," says Thomas Reinthaler, head of sales Region South of the Bauer Environment division.

Bauer's work is scheduled to be completed in September 2020 and then from spring 2021, 520 vehicles can find their parking space on three parking levels. 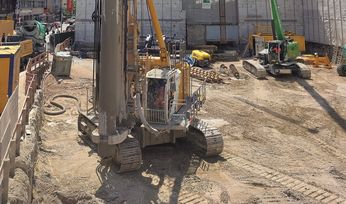 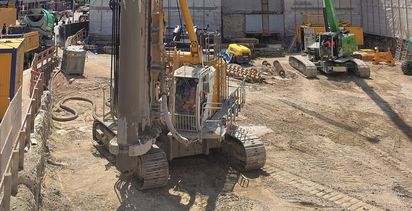