After months of preparation, the first metres of tunnel have excavated under the Isarco river as part of the Brenner Base Tunnel (BBT), which will connect Innsbruck (in Austria) and Fortezza (in Italy) by rail. 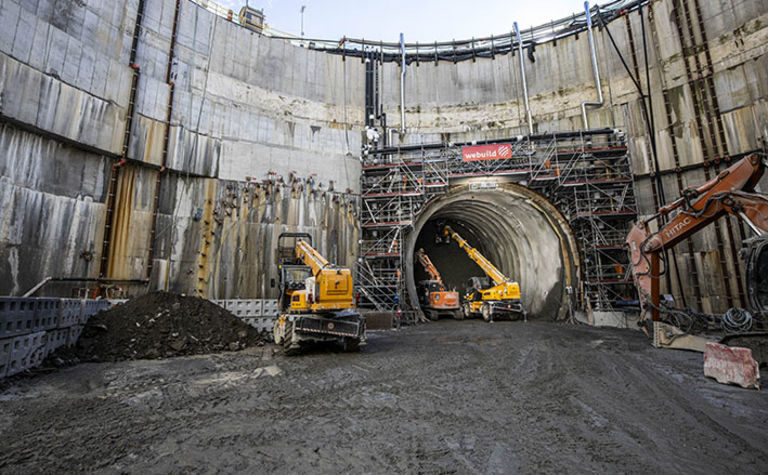 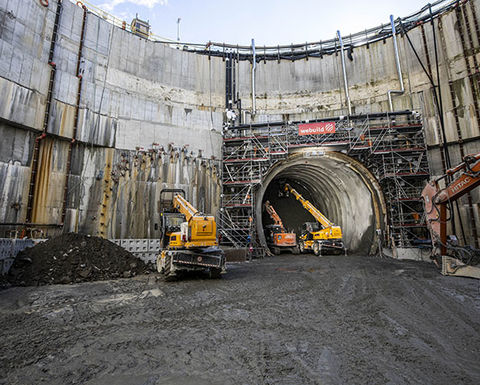 The special tunnelling works in the southernmost section of the BBT construction site near Fortezza were preceded by a highly complex ground freezing process - a method used in civil engineering in which the ground is consolidated and made impermeable to water by artificial freezing.

Starting from one of the four shafts on the Isarco construction site, the groundwater and alluvial material under the riverbed was frozen. For this purpose, liquid nitrogen was first injected into a closed circuit of "freezing pipes" below the river. The -196C cold nitrogen in the freezing pipes withdrew its heat from the surrounding soil. Consequently, the water in the soil below the river froze and the soil temperature dropped to -35C. In order to maintain these soil temperatures, which are necessary for the tunnelling, salt brine is now circulating in a cooling circuit.

Through this special process, the once loose rock under the riverbed was consolidated, so that the tunnelling work could begin on October 5. Only a few days later, the first metres of tunnel under the Isarco river are now visible.

Through the use of the freezing technique, it has been possible to prevent the shifting of the river course and to reduce the impact on the environment. 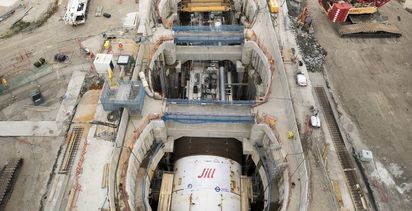